Celebrating the Diversity of Islam


The Madani Film Festival showcases films that paint portraits of Muslim communities across the globe. A film about refugee children from Syria.

ISA Demlakhi cannot seem to hide his grief. At his mother’s funeral, the 14-year-old appears troubled. His mother’s passing comes as a terrible blow after his father’s death in the Syrian war and conflict. A young man named Hisham takes Isa from the funeral to an orphanage in Şanlıurfa, a city in the southeast of Turkey. During the journey, Hisham attempts to comfort the boy. “Death is normal for Syrians,” said Hisham.

At the orphanage, Isa joins child survivors of the war in Syria. He makes friends with Ahmad Husrom, 11, and Motaz Faez Basha, 10. Though the three boys have distinct personalities and temperaments, they share the same goal: to leave the orphanage and start a new life elsewhere. They would often skip school, choosing to sell tissue so that they would have money to achieve this goal.

The story about the three Syrian children is the primary narrative line in the film Never Leave Me, screened at the Djakarta Theater XXI, two Wednesdays ago. The film, released in 2017, was the opening film at the Madani Film Festival, October 17-21. With a running time of 96 minutes, Never Leave Me offers a storyline taken from the bitter experiences of Isa, Ahmad and Motaz after they lost their parents to the Syrian war and conflict. “The film is based on their true stories,” said the film’s director, Aida Begic.

Isa, Ahmad, and Motaz act as themselves and the film’s lead characters. Aida succeeded in directing the three children to produce many touching scenes, for example, when Ahmad disappears from the orphanage for some time. When he returns, Ahmad claims to have gone to meet his father, when his father has actually has dissapeared in the war. The scene describes Ahmad’s inextinguishable hope to find the father he has not seen in so long.

Motaz, on the other hand, has the ambition to join a singing talent show in Adana, a city in the southeast of Turkey. He believes that his participation in the talent search is the best way to get his mother—who has remarried and left Motaz at the orphanage—to take him back. 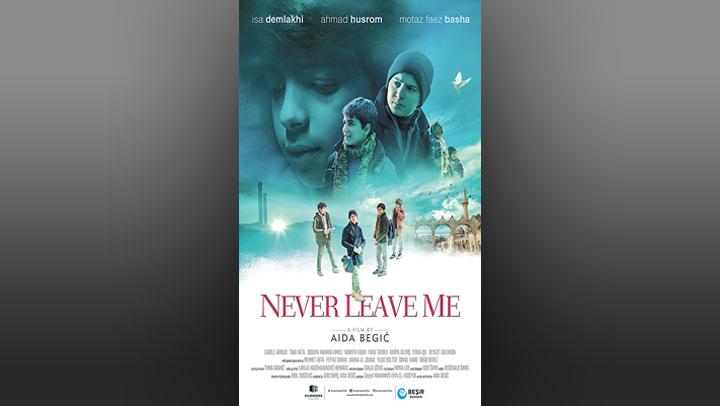 The scene became laden with emotion when Motaz fails to hold back his tears on stage. On the whole, it is safe to say that Never Leave Me successfully delivers humanitarian tragedies produced by war. It is no wonder that the film, in Arabic and Turkish, has received numerous awards, among others the Nominee Audience Award at the 2018 Edinburg International Film Festival and a Best Foreign Language film nomination in next year’s 91th Academy Awards.

Besides Never Leave Me, the Madani Film Festival features a a number of other films that portray the lives of Muslims. Foreign films screened at the festival, among others: My Sweet Pepper Land (France, Germany and Iraq/2013), Fatima (France and Canada/2015), Giraffada (Palestine, Italy, Germany, and France/2013), and Timbuktu (France and Mauritania/2014).

Through these films, the Madani Film Festival attempts deliver the Islam one finds in various parts of the world. Islam manifests in the hopes, fears, and aspirations of Muslim communities in numerous countries. “The festival is held to celebrate the diversity of Muslim lives across the globe,” said Putut Widjanarko, a member of the festival’s board.