The Government and the House of Representatives are accused of being lackadaisical in their deliberations of the Bill to Eliminate Sexual Violence.

Already firmly in the program priority list for National Legislation for the past two years, deliberations on the Elimination of Sexual Violence Bill became stuck midway. The House of Representatives (DPR), as initiator of the proposed Act, have only held three hearings in the year just past.

The 2014-2019 work period of the current DPR is about to end in a few months, which means the Bill will not likely come to fruition under this DPR. “The aim of the bill is as yet not fully understood, making it a tough nut to chew,” said Commissioner Sri Nurherwati of the National Commission on Violence Against Women—familiarly known as the National Commission on Women—who stood for the Bill in parliament on Wednesday two  weeks ago.

The National Commission on Women was one of the parties which drafted the academic paper for the Bill on the Elimination of Sexual Violence. The bill highlights safeguarding sexual organs and the reproduction functions of the human body, and reproductive health issues.

The dire need for a special law to govern elimination of sexual violence had been voiced since the previous administration. The Bill only finally entered the program priority list for national legislation at the time a working committee was formed within the DPR Commission on Religious and Social Issues, because of the case of Yuyun, a 1st Year Middle School girl student who was raped then murdered in Bengkulu by six young males.

Urgings for the Bill to be passed into law bubbled up again after the Ministry for Women’s Empowerment and Child Protection last year made a release that, in the matter of sexual violence, Indonesia was in a state of emergency. The Ministry stated, one out of every three females between the ages of 15 to 64 years in Indonesia in their lifetime have experienced violence at the hands of their partners or other persons.

The National Commission on Women submitted their academic paper comprising 15 chapters and 184 articles. The DPR compressed the document into 15 chapters and 152 articles. Regulations for an integrated help center was deleted. ”Deletion was done basically because of differing perceptions on terminology,” said Sri.

The points in the inventory list of problems submitted by the government, represented by the Ministry for Women’s Empowerment and Child Protection, was also drastically slashed. The government only retained 13 chapters and 52 articles. The reasoning: certain issues were already governed in the Criminal Code.

According to Sri, the Bill focused on protection for vulnerable groups victims of sexual violence, particularly women and children. Thus, content-wise, the Bill should be drawn up appropriate to the needs of women and children subjected to sexual violence—in other words should guarantee the protection of the protections of the victims. ”This was triggered by the many violent cases that had victimized women,” she said.

Sri noted six main elements in the Bill, consisting of prevention, definition of and the types of criminal acts, determination of the criminal act, trauma healing, and monitoring. The government deleted several types of criminal acts. For instance, ”sexual harassment” was termed as molestation. Rape was termed as intercourse. Forced marriage and enforced prostitution was categorized as exploitation. The chapter on abortion was deleted under the consideration it was already governed in the law on health. Enforced contraception was also deleted under consideration it did not fall into the category of crime. ”The government did not want it in,” said Sri. 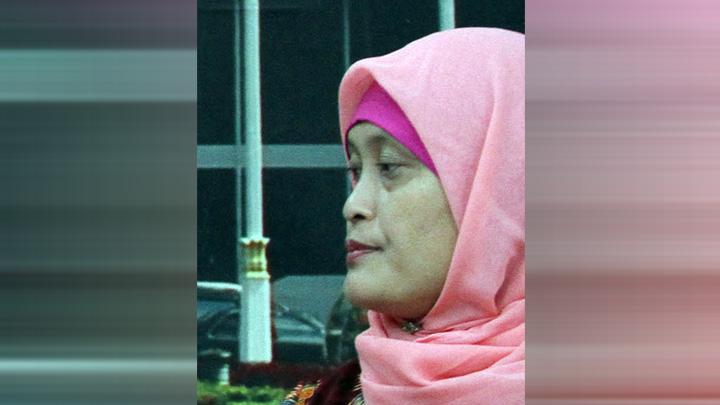 The fact is, said Sri, cases falling into these categories continue to occur within the community. She pointed to the example of simplification of “sexual harassment” as molestation. In the Criminal Code, molestation tends to be construed as a physical act. In fact, verbal abuse also falls in the category of harassment.

A case in point is that which befell Baiq Nuril, a contractual teacher at a middle school in West Nusa Tenggara. Lawyers stated her experience did not fall within the category of sexual harassment.  Nuril reported to the police she had been subjected over and over to verbal sexual harassment through the phone by the headmaster of the school where she had previously taught. One day, Nuril mustered up enough courage to record one conversation which a friend later broadcast.

Instead of the headmaster being investigated for sexual harassment, considering the Criminal Code tends to only govern a physical act, Nuril was criminalized for violating the Information and Electronic Transaction Law. ”Under the existing law, harassment can easily be diverted into inappropriate behavior or an act of impoliteness,” said Sri.

So far, said Sri, cases of sexual violence cannot be investigated into  because it does not happen suddenly. Based on this experience, the National Commission on Women also categorized gradations of sexual abuses in their bill. Sexual abuses can come in the form of verbal abuse, physical contact, exploitation, rape, to sexual torture. With the governance of these acts, Sri hopes perpetrators would be deterred from conducting verbal sexual abuse, such as that experienced by Nuril.

A case in point happened a while back in Tangerang, Banten, when a couple was paraded through the village for having been caught being together in a rented room. “That constituted sexual torture,” said Sri. Yet, again, the perpetrators were only given punishment for persecution or inappropriate behavior. With a law to eliminate sexual violence, Sri hopes punishment would be meted out more strongly.  ”Our basis is real experiences by victims in the past,” she said.

The government also deleted the governance of the right to trauma healing for the victim. Again, the reason was this is already governed by the law for the Institution for Witness and Victim Protection. ”The description only governs whether the victim is a minor. What if the victim was a grown man or woman?” queried Sri.

Minister for Women’s Empowerment and Child Protection Yohana Yembise said she had delivered a comment to the DPR for a revision. ”But I have yet to receive a return  response from the DPR,” she said.

Yohana also stated the opportunity was still open for discussion and inputs from the community. ”I will invite activists for a special discussion. The many chapters the government looked at were already in other regulations. But it is clear to me, we need to look at these clauses again,” she said.

Member of the DPR’s Commission on Religious and Social Issues, Rieke Diah Pitaloka, confirmed the working committee received feedback from the government. According to Rieke, the matter will be discussed this year. ”We have been in recess. Now it’s the new year, we have scheduled a deliberation to discuss the bill’s substance more deeply,” said the politician from the Indonesian Democratic Party of Struggle.