Portfolio investment funds coming into Indonesia is rising up to an unstoppable level.

The market strongly believes that The Federal Reserve’s rate cut is imminent. As usual, investors then take a flight to emerging markets, seeking better returns. Furthermore, the Fed Chair Jay Powell’s testimony to the US Congress on Wednesday, July 10, fueled expectations for a rate cut this month.

This is certainly good news for Indonesia. The markets have been speculating on the rate cut since early June. Throughout June, Bank Indonesia (BI) recorded a US$3.5 billion increase in foreign reserves, raising it to US$123.8 at the end of the month. Consequently, the rupiah is also becoming stronger, hovering around Rp14,000 per US dollar last weekend. This is much stronger compared to mid-May rate, which fell to about Rp14,500 per US dollar.

The foreign fund in particular is rushing into various government bonds. As of July 10, foreign ownership of all tradeable government securities has valued Rp1,000.23 trillion or 39.33 percent. This ratio is one of the highest among emerging markets. At the beginning of 2019, the figure was still at Rp893.48 trillion.

A high foreign ownership ratio is an important signal. Investors better don’t act like smombies, smart phone zombies that walk around obliviously with their eyes glued to the smartphone’s screen. In this matter, investors shouldn’t glue themselves to the optimism due to The Fed’s interest rate policy. There are still plenty of risks that can trip up investors.

One scenario: BI lowers its benchmark interest rate, which is very likely. There is always a pressure to lower the interest rate whenever the government feels that the situation has improved. The government surely wants a lower interest rate to boost the economy. If BI follows this preference, Indonesia will loose its attractiveness. There is a risk that portfolio funds will flow back out, which in turn will put the pressure back on rupiah.

The other dangerous scenario comes from the source of the good news: The Fed. Policy analysts now are questioning the grounds for The Fed’s policy, which was considered unusual. Normally, The Fed always set their policies based on real data.

In his testimony to the US Congress, instead of conveying solid data about the US economy weakening to the extent that it needed a lower interest rate stimulus, Powell instead used several assumptions of risk anticipation as the basis for lowering the rate. Among those risks quoted was the risk of trade war escalation against China, the global economy slumping, and the effects of European unrest due to Brexit.

The Fed’s intent to take this early move on interest rate policy has sparked speculation that Jay Powell has capitulated to President Donald Trump’s intimidation. Facing a general election next year, Trump wants a robust economy as his initial political capital. One of the fastest and easiest ways to boost the economy is lowering the interest rates by the Fed.

The problem is, whether it is because of Trump’s pressure or not, the Fed has already sent out signals for an interest rate cut. The markets have anticipated it. If economy condition turn out to be not conducive for a lower interest rate, the situation can be complicated. This is the danger of relying on optimism for a rate cut. Don’t invest like a smombie, avoid the pitfall of heedless optimism. 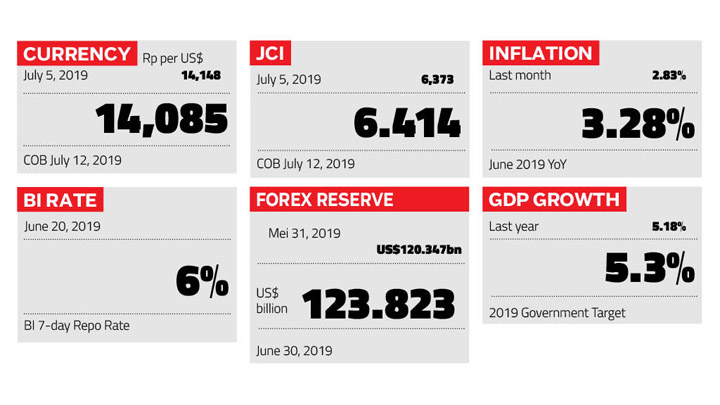