We Will Not Stop Pursuing the BLBI Case 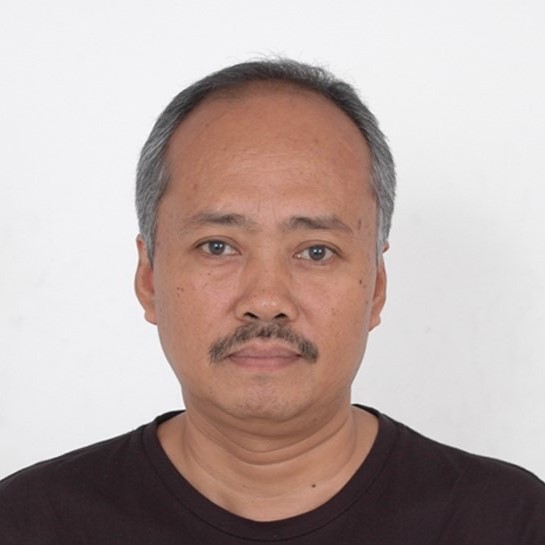 All the hard work the Corruption Eradication Commission (KPK) has put in the Bank Indonesia Liquidity Assistance (BLBI) graft case is now on the brink of going up in smoke. Following the cassation hearing, the Supreme Court on July 9 acquitted Syafruddin Arsyad Temenggung, the former chairman of the ndonesian Bank Restructuring Agency, who was previously convicted for issuing debt settlement letters in the BLBI graft case.

The KPK probed the case since 2013 and only got its break two years ago. Syafruddin was later charged for colluding with businessman Sjamsul Nursalam and his wife, Itjih Nursalim, to commit corruption that caused Rp4.58 trillion in state losses and sentenced to 13 years in prison and fined Rp700 million by the Corruption Court last year. At appeal, the Jakarta High Court extended his sentence to 15 years and increased the fine to Rp1 billion.  Sjamsul meanwhile became a suspect last June.

Everything went haywire at appeal at the Supreme Court.  The three judges of the cassation panel came up with different opinions. One declared Syafruddin guilty of corruption, another called his act a civil offence and the other called it an administrative violation. “This is the first time in the Supreme Court’s history, such a scenario occurred,” said KPK’s Deputy Chairman, Laode Muhammad Syarif, 54, during a special interview with Tempo.

While pointing out many oddities surrounding the verdict: starting from the unprofessional language, its issuance that came precisely on the last day of the defendant’s detention, to the unprecedented conclusions of the judges, Laode said, “We hope that the Supreme Court would not offend the people’s sense of justice.”

What do you think of the Supreme Court’s verdict that granted Syafruddin Temenggung’s appeal?

Strange. The Supreme Court said our charges were proven but the act was not criminal but just a civil or an administration violation. We don’t think so. It is a criminal violation because there are state losses involved and the act violated the law. For example, A owed Rp100,000 to B. To settle the debt, A paid with two items which were only worth Rp30,000 in total. There is a criminal element. Abusing his position, SAT (Syafruddin Arsyad Temenggung) wrote off the debt and benefitted the other party. His action meets the criteria to be categorized as criminal corruption.

The Supreme Court said Syafruddin was only carrying out the policy.

He knew that the repaid amount did not match the total debt. He clearly knew the calculations. Why did he issue the settlement letter? Even the assets used to pay the debt were not free of problems.

Did the KPK not consider that from the beginning?

We did. We even challenged that in the pre-trial material two years ago. From the procedural aspect, SAT’s side considered it as a civil case but the pre-trial confirmed it was a criminal act. From the material aspect, the first level court declared that SAT was eligible to be tried for criminal corruption and eventually sentenced him to 13 years. He lost the appeal against the conviction and his sentence was even extended to 15 years.

The three judges reached three different verdicts. What is your opinion?

That scenario is the exact opposite of the previous verdicts which were reached without dissenting opinions. All unanimous at the pre-trial, the state court and the high court. Only at the Supreme Court, the panel ended with three different opinions. One judge was in agreement with the previous ruling declaring the case as criminal, the second said it was a civil offense and the third said it was an administrative violation. It means, each judge gave 30 percent vote and there was no solid conclusion. This is the first time in the Supreme Court’s history, such a situation occurred.

Why was the criminal verdict thrown out?

Because the choice is between criminal and non-criminal. The majority said it was not criminal even though the majority has different outcomes. This is unusual.

Did the KPK anticipate such an outcome?

We held a press conference the day before to announce that SAT’s detention period would end at 12 midnight on July 9. We did not want to be accused of arbitrary detention and hoped that the Supreme Court would issue the ruling soon. It turned out; the court announced the verdict on the very same day. That was also unusual because usually the verdict would come out a few days before the detention period ends. Well, this verdict came right on the last day.

What is the basis of your suspicion?

It seemed the verdict was hastily issued. Even the language was odd and all over the places. It read, for example, “released the defendant therefore from all the charges.”

Did the KPK monitor the three chief justices?

We never monitor judges. We respect their profession.

What was the first thing the KPK do after the verdict was announced?

One hour after their press conference, we asked the prosecutor, the director of prosecution, the chief of the legal bureau, the acting deputy for prosecution and the public relation bureau to meet. Pak Agus (Raharjo) and Pak Alex (Marwata) were away that time. We asked for update and explanation about the verdict.

We did discuss the options but I can’t say for sure because I have to read the complete verdict first. Now we only have the excerpt from the Supreme Court so we don’t know our legal options yet.

Do the options also include judicial review?

Once again, we’re waiting for the complete verdict from the Supreme Court. God willing, we will determine our stance in the next couple of weeks. You will get the news.

Is it possible for the KPK to take the case to civil court for the sake of recouping the state losses?

We cannot file civil suits. The prosecution has that right.

Will the Supreme Court’s verdict affect the BLBI case?

Yes. The case has so many obstacles. SJN (Sjamsul Nursalim) fled overseas. If he is not guilty or if the case is a civil case and so on, he didn’t have to flee. Second, SJN challenged the Supreme Audit Agency’s audit result and the case is being heard at the Tangerang District Court. This is a mammoth case. Big trees catch strong winds. 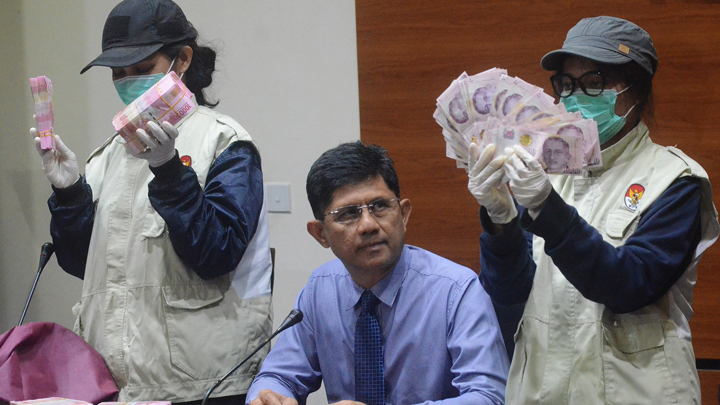 This is not a bribery case where there is a bribe giver and a receiver. This case falls under the article 2 (an act of enriching self and others) and the article 3 (a misuse of authority which causes state losses) of the anti-corruption law.

Does Sjamsul Nursalim’s location abroad pose difficulties for the investigation?

They were named suspects in absentia. We sent the summon letters to their residences in both Indonesia and Singapore but those at home refused to received them. Their resistance of the legal process is very real. We are working together with the anti-corruption agencies in the friendly nations. Hopefully, they will help us.

We cannot reveal our strategies. What the public needs to know is that this is the crime that caused the state to lose Rp4.58 trillion. The KPK vows to unravel it. We will never stop pursuing this case because this is the debt owed by previous commissioners (to the public) and now it has become the agency’s debt.

Given that Sjamsul is already 77 years-old, why doesn’t the KPK focus on the return of the state’s fund?

That indeed is our intention. They did commit the crime; however, corporal punishment is not the only way to resolve the case. The public must understand that the primary target of this case is not to punish the persons, but to regain the massive amount of state money.

How far still is the road to bring him to court?

A reasonable thing to do is to wait. We expect the Supreme Court’s wisdom. This is the largest case the KPK has handled so far. We’ve never seen a case of this proportion—twice the value of the electronic ID card case which involved Rp2.3 trillion. The public want to see the case resolved. We hope the Supreme Court would not offend the people’s sense of justice.

What is your opinion regarding the wiretapping bill that requires it to be approved by court and the prosecutors’ office?

The regulations apply not only to the KPK, but also to other law enforcement authorities. If, for example, the National Counter-Terrorism Agency and the National Narcotics Agency, which must act fast, have to coordinate with the prosecutors’ office and get court order, they will very likely have missed opportunities. Worse still, the wiretapping of judges must be approved by the Supreme Court. It is difficult for Indonesia under the circumstances.

There is an exception for the KPK in the latest draft...

We will keep an eye on that.

Will the exception still allow the KPK freedom to wiretap?

We just formed a team today to discuss it. We are a bit late, indeed. We will read the draft again in more detail and file our official feedback.

Can you describe the feedback?

That we cannot agree to the court order requirement because it will impede investigation and cause conflicts of interest among law enforcement authorities. We also want this law to govern audits of law enforcement and intelligence authorities which carry out wiretapping. In the past, we were audited by the information and communication ministry. They no longer want to do it.

Riau Islands Governor Nurdin Basirun became a suspect in the reclamation bribery case. Why are so many regional heads caught up in corruption cases?

The primary cause is the huge political prices they pay to get the positions. Unless the root problem is tackled, more and more regents and governors will fall into the trap.

It seems corruptors are unfazed by punishment?

If I were them, even just 10 days in prison would have made me wary. But, even 10 years’ term doesn’t seem to scare them.

Are preventive measures not effective?

We still continue with the efforts. In fact, Pak Agus (Rahardjo) met with the Riau Islands governor in Tanjungpinang on June 28 with the objective to improve the regional governance. Just like I visited Zumi Zola (Jambi governor-turned-graft suspect) in November 2017, before he was arrested (chuckles)... We will implement preventive measures in the Riau islands. The regional government must anticipate problems due to reclamation as it creates new openings for economic activities.

You, Basaria Panjaitan and Alexander Marwata registered as candidates for KPK leadership positions for the period 2019-2023. Was it agreed upon among the commissioners?

We wish one or two current commissioners to re-register to help carry on with the current programs. Since we began to go after corporations for criminal activities, we have nine area coordinators and a special forensic accounting unit to assist with corporate crime investigations. If all the commissioners are new, they may not have the same enthusiasm to continue with the initiatives.

What other work do you feel is still incomplete?

The KPK must focus on sophisticated crimes, for example, those in the financial and the natural resources sectors. We started with the case of Southeast Sulawesi governor (Nur Alam in the issuance of mining permits in 2016). We also identified money laundering suspects. We have to continue not only in the mining but also in forestry and plantation sectors. Since the money circulating there is huge, the potential for corruption is also high.

R.J. Lino (former Pelindo II CEO) was named suspect by the previous leadership (in 2015) and we still need to finish the case. Regrettably, the crime was committed abroad and some countries are not very cooperative to give us access (to information). They don’t even answer our letters. So, it’s rather difficult. The Garuda case has been complete and will be handed over (to court).

Will the electronic ID card case be continued?

Yes. We will announce the developments in the near future.

Will there be new suspects?

Yes. (The subsequent response was made off the record).