The KPK has prepared a number of options to fight Syafruddin Temenggung’s release. The case against Sjamsul Nursalim is under threat.

A press conference held by the Supreme Court Chief of Legal Bureau and Public Relations Abdullah on Tuesday, July 9, shocked three Corruption Eradication Commission (KPK) leaders. They did not suspect that the Supreme Court would process the KPK’s request, made one day prior, so quickly. The request was for the Supreme Court to immediately issue a verdict on Syafruddin Arsyad Temenggung’s cassation because his detention period was soon to end.

The three commissioners, Laode Muhammad Syarif, Basaria Panjaitan, and Saut Situmorang, witnessed the press conference live on television on the 15th floor of the KPK building in Kuningan, South Jakarta. Two other KPK leaders, Agus Rahardjo and Alexander Marwata, were not present as they were on an official trip out of town. The three did not expect Abdullah to announce a verdict releasing the former chairman of the Indonesian Bank Restructuring Agency (IBRA).

“The three of us immediately gathered the team,” said KPK Deputy Chairman Laode Muhammad Syarif on Thursday, July 11. In a meeting room on the 15th floor of the KPK building, the three KPK leaders summoned all members of the team involved in handling Syafruddin’s case. The team is made up of prosecutors and investigators in the case; acting prosecution deputy and concurrently investigation director, Brig. Gen. Panca Simanjuntak; and KPK’s legal bureau. “The verdict was really bizarre,” said Syarif.

Syafruddin was indicted by the KPK for a corruption case having to do with a letter clearing the debt of one Bank Indonesia Liquidity Assistance (BLBI) obligor, Sjamsul Nursalim—at the time the owner of Bank Dagang Nasional Indonesia (BDNI). Based on an audit by the Supreme Audit Agency, the KPK said his action caused the state Rp4.58 trillion in losses. After indicting Syafruddin, KPK investigators named Sjamsul and his wife, Itjih Nursalim, as suspects in the case in mid-May.

Although the KPK began probing into the BLBI case in 2008, it only investigated the affair of the statement letter five years later. It took the KPK an additional five years to name its first suspect in the case, Syafruddin. Meanwhile, the BLBI distribution in 1998-1999 could no longer be pursued as the statute of limitations ended in 2017. The statement letter implicating Syafruddin and Sjamsul was the only BLBI case KPK was able to pursue, with the statute of limitations expiring in 2022.

Several hours after the Supreme Court announced the cassation verdict, the KPK released Syafruddin from its detention center. Upon his release, he said he was grateful for the verdict. “It has been a long journey,” he said, showing off a book titled The BLBI Disaster and Indonesia’s Economic Crisis, which he wrote while in detention. 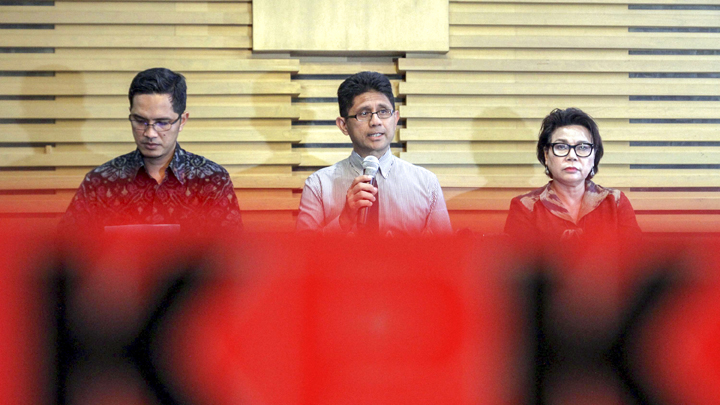 Although the KPK had not received the complete verdict, only excerpts from the verdict, the anti-corruption agency prepared a number of options to fight the cassation decision in a meeting led by the three commissioners last Tuesday. The options will be developed once the KPK has already received a copy of the complete verdict. “There are several options,” said Laode Muhammad Syarif, who was reluctant to give a detailed explanation.

According to a law enforcer, the first option the KPK came up with is a judicial review. The KPK believes that the great measure can be taken and does not go against the Constitutional Court’s decision on material reviews in May 2016, which said they were only possible if requested by someone who has been found guilty or the person in question’s heir. The KPK is also taking into account that the Attorney General’s Office once requested a judicial review after the Constitutional Court decision.

On several occasions, Attorney General Muhammad Prasetyo said his institution would still perform the extraordinary measure despite the decision to prohibit judicial reviews. He said judicial reviews are not based on the Criminal Code reviewed by the Constitutional Court, but on the Supreme Court’s jurisprudence. “We will request a judicial review if it’s felt to be necessary,” said Prasetyo.

According to a Supreme Court justice, an effort to perform a judicial review on the Syafruddin case is very likely because the justices made an error in applying the law. Considering that the three Supreme Court justices differed in their opinions, the senior criminal justice is of the view a verdict was, in fact, not yet made. “In a panel deliberation, at least two justices (must) have the same opinion. If there are three different (opinions), it’s unusual,” he said.

Chief justice of the cassation panel Salman Luthan refused to explain the verdict. “Justices are forbidden to comment on their verdicts,” he said. Supreme Court Chief Justice Hatta Ali offered the same response. “It has to do with the independence of the justices. I’m not allowed to comment on the verdict,” said Hatta.

Another KPK law enforcer said an effort to request a judicial review is important because Syafruddin’s case is tied to the case against Sjamsul Nursalim and his wife. The Gajah Tunggal owner and his wife Itjih, he added, are accused of having committed a crime in collusion with Syafruddin. “If Syafruddin is released, Sjamsul’s and Itjih’s cases can fail in court because the case is seen as a non-criminal case,” said our source.

In both corruption and high court decisions, Syafruddin, Sjamsul and his wife were all mentioned as having committed a criminal corruption act in issuing the statement letter clearing BDNI’s debt. Besides the three individuals, Dorodjatun Kuntjoro-Jakti was also mentioned in the verdict as being in collusion. At the time, he was coordinating minister for economic affairs and chairman of the financial sector policies committee.

The second alternative is to hold court trials for Sjamsul and Itjih in absentia as they now live in Singapore. According to a KPK official, because of Syafruddin, Sjamsul, and Itjih are all indicted under Article 2 and 3 of the Criminal Code, they can be given varying sentences.

The last option is to take Sjamsul to civil court for all potential state losses resulting from the problematic statement letter. “The spirit for Sjamsul’s case is to return the state’s money,” said the law enforcer.

As of last week, the KPK continued to examine a number of witnesses against Sjamsul and Itjih, among others, former State-Owned Enterprises Minister Laksamana Sukardi and former Coordinating Minister for Economic, Financial and Industrial Affairs Kwik Kian Gie. Former Coordinating Minister for the Economy Rizal Ramli was also summoned but did not appear. Dorodjatun had already been examined by investigators prior.