A Faulty Logic in Managing the Economy - Market Pulse - magz.tempo.co

A Faulty Logic in Managing the Economy


THE world economy is grinding slowly. Recession is right at our door. The World Trade Organization (WTO) estimates that international trade this year only grew by 1.2 percent, it is the lowest since 2009. World trade is a vital engine for the economy. If it slows down, business activities around the world will turn anemic.

Indonesia is also suffering from the symptoms. A very slow pace of government’s tax-earnings this year shows how weak the economy is. As of August, the government only clocked tax revenue as much as 51 percent of 2019 budget. A more worrying sign is the lower Value Added Tax (VAT) revenue. Throughout January-August, the government revenue from domestic as well as import VAT declined sharply compared to that of the same period last year, by minus 6.5 percent and minus 6 percent respectively.

The VAT revenue going into government’s coffers reflect a realtime business environment. The government practically collects VAT from every transaction. Thus, a lower VAT earning is just mirroring a slowing down in business activity throughout the country.

The root of this global economic slowdown lies far away, not unrelated to President Donald Trump’s mistakes. Trump believed that the trade war with China will benefit the US economy and can be won easily. If Chinese goods become more expensive in the US because of the import tariffs, then the US manufacturing industry will become more competitive against Chinese goods, so the logic goes.

But this logic proved faulty. Trump and his aides ignored the fact that the US manufacturing industry is highly dependent on various components and raw materials from China. When these supply chains are disrupted, US manufacturing industry activities also suffer. Instead of invigorating it, the trade war against China is hitting back the US manufacturing sector. The ill effects are showing in the slumping index of national factory activities, a market benchmark survey from the Institute for Supply Management. As of September, the ISM Index sits at only 47.8. This is its lowest point since June 2009.

Unfortunately, this unsound logic is also dominating the minds of Indonesia’s authority. To withstand a recession, the government wishes to boost direct investment. Until this point the logic checks out. However, a fatal mistake followed it when the effort to eradicate corruption is accused as the black sheep of holding back investment. The government subsequently declawed the Corruption Eradication Commission’s (KPK) authority. Supposedly, it was a deal to get the House of Representatives’ agreement to revise the labor laws that are not favored by potential investors.

It is true that the labor law revision can improve Indonesia’s chance to win the competition over investment. However, if the government needs to sacrifice corruption eradication for it, the ultimate result can backfire on Indonesia’s economy. There is plenty of evidences that corruption brings negative effects on the economy and investment attractiveness.

For instance, corruption creates a high cost economy. Any project investments must be marked up to accommodate grease money and kick backs. A corrupt environment is only good for rent seekers or natural resource extractors, not to honest businesses that can increase the economy’s productivity. In short, the economy becomes more inefficient. To achieve every single percent of economic growth requires more hard work and much bigger investments.

Most likely, Indonesian politicians have entered the point of no return in effectively crippling the KPK. It is with such faulty logic that Indonesia must now brace for the threat of a global recession. 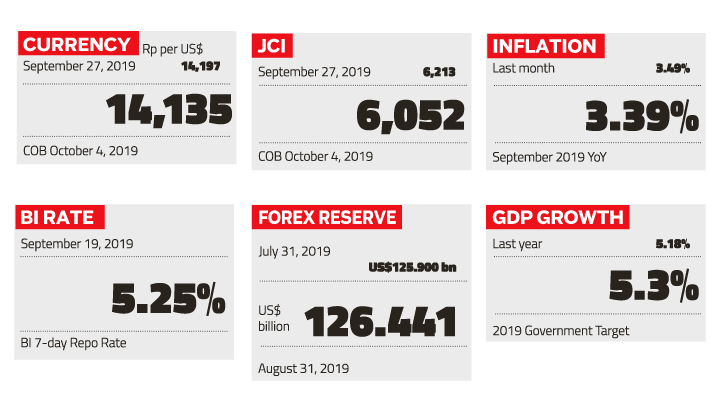