A number of regional administrations are striving hard to make human rights the basis of their policies. They shared the ups and downs of their experiences at the 2019 Human Rights Festival, November 19-21.

SOMETHING was different at the Human Rights (HAM) Festival of 2019 from the previous events. At the opening of the festival organized in the office of the Regent of Jember, East Java, on November 19, there was an additional graduation ceremony for new village heads who had passed a human rights training course. They formed a fairly big group of 161 people, although only 10 of them—5 men and 5 women—went up to the stage for the symbolic ceremony.

“We received training in how to serve the public,” said head of Subo village in Jember, East Java, Yani Romyatun, about the training supported by the National Commission on Human Rights (Komnas HAM) and the International Non-Governmental Organization Forum on Indonesian Development (INFID).

For three days, she and her peers were taught how to manage village finance and administration while being acquainted with the knowledge of human-rights based rural management. “For instance, there must be no people put in the stocks,” said the 45-year-old woman.

Komnas HAM Chairman Ahmad Taufan Damanik said that regions should spearhead the upholding of human rights. “Human rights should become the mainstream value of every policy,” he pointed out. 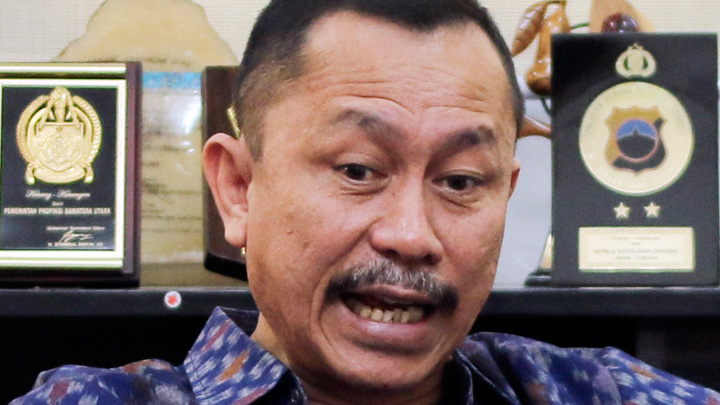 Taufan revealed that his agency had received a lot of human rights violation complaints from various regions. Last year, 6,098 complaint files were recorded, 2,244 of which were new cases. “There are human right violations in the regions that are not solved so they go to the Komnas HAM,” Taufan said. He also said that the government should involve public participation to make the policies. “So people are not seen as an object.”

The justice and human rights ministry also pushes the development with human rights perspective in the regions. They annually grants awards to regions considered to be concerned about human rights with some criterias applied for evaluation such as the fulfillment of rights to health, education, employment, permanent residence as well as women’s and children’s rights. “Actually all programs done by government is to fulfilling and protecting human rights,” said Justice and Human Rights Ministry’s Human Right Director Suparno. But he acknowledged the presence of some problems.

Beka Ulung Hapsara, Coordinator the Sub-commission on Human Rights Promotion and Commissioner of Education and Guidance of the Komnas HAM, said over the last three years his agency had managed to embrace about 100 regencies/cities that express their serious commitment in mainstreaming human rights into their policies and programs.

Wonosobo is the only region that has a human rights commission, which was formed last year, by the name of the Human Rights-Friendly Wonosobo Regency Commission.

Banjarmasin, according to Beka, has had a bylaw for a disability-friendly city. “They want inclusion based on information technology,” he said. The vulnerable group is mapped out, their mobility receives attention and a policy formulated to suit relevant needs.

Jember, claimed Regent Faida in her presentation, had combined human rights with sustainable development goals (SDGs). She cited several programs as examples like special allocations for the disabled in civil servant recruitments, creative public service by having Pendopo Express for on-the-spot civic administration services, and clinics for small-scale businesses. “There is also the program for one ambulance per village,” said Faida.

He also takes pride in Salatiga’s position as one of the big three cities of tolerance in the version of Setara Institute in 2015, 2017 and 2018. “If welfare is maintained, God willing, there is no radicalism, extremism.”

Meanwhile, East Manggarai regency in East Nusa Tenggara, which was born only in 2007, takes pains to prioritize human rights in its policy. According to East Manggarai Regent Agas Andreas, of the regency’s 159 villages only two are independent. “The rest are disadvantaged villages,” he said. Only 40 percent of the area of East Manggarai can enjoy the light with electricity. The rate of violence against women and children also remains high. 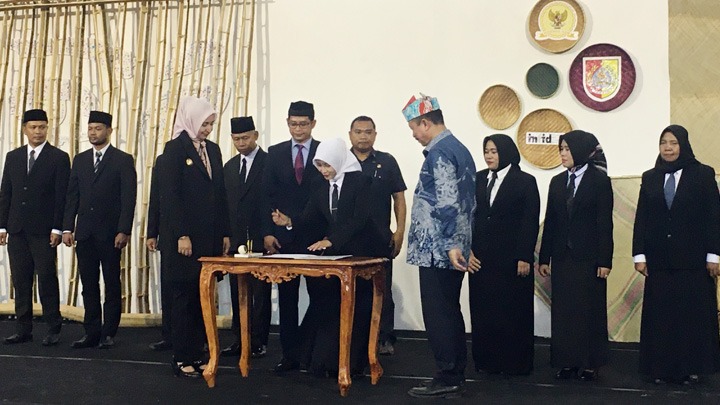 Entering his second term of leadership, he is determined to pay attention to the human rights approach. He gave an example that in the case of violence against women and children, the government had so far focused more on handling victims. Consequently, violence continued. Now he is supposed to improve it. “I’m changing it by approaching perpetrators. If they change, development will succeed,” he said.

Some regions have trouble in dealing with the rights of the people who are victims of past human rights violations. In Sikka, East Nusa Tenggara, with the encouragement of community groups, the rights of victims of the 1965-1966 tragedy who were only entitled minimum government service are gradually restored. “Many of them are in the remote areas and do not have any identity cards and land certificates,” said John Bala from the Legal Aid Association of Nusa Tenggara.

Despite many challenges, among others from church circles and military headquarters, the endeavor keeps going. “The regent asks not to include the victims specifically in the advocacy group, but rather in the vulnerable group,” John Bala explaining the strategy applied.

There are indeed big challenges. Human rights violations do not automatically cease to exist when the government adopts a policy with a human rights perspective. “We should admit that it is still far from perfect, there are still many shortcomings. But we keep striving,” said Faida.