An East Indies Home in The Hague


Sophiahof Museum in The Hague aims to be a historical and cultural ‘home’ for people with ties to the former Dutch East Indies.

“APOLOGIZE! Recognize us! Stop ignoring us!” Shouts from dozens of demonstrators—most of them middle-aged and of mixed Indo-European descent—welcomed King Willem-Alexander as he entered the grounds of Sophiahof Museum. The Dutch king was there in late June 2019 to officially open this museum, situated in an elegant quarter of The Hague’s city center. “I am here to listen to your stories,” said Willem-Alexander, who stood for a moment by the demonstrators, holding the hand of one of the women while she voiced her grievances.

Hundreds of thousands of people who were born or lived in the former Dutch East Indies—many of them Indos—went through dark times at the end of the colonial era and the first years after Indonesia’s independence. Some 100,000 of them, including women and children, were detained in camps during the three-year Japanese occupation, which ended in 1945. At the same time, around 42,000 members of the Dutch armed forces in Indonesia were taken as prisoners of war, with some of them sent off to Burma’s ‘Death Railway’, given its nickname because thousands of prisoners lost their lives under cruel slave labor.

While the Dutch were freed from camps after the Japanese surrendered to the Allied Forces and Sukarno subsequently proclaimed Indonesia’s independence on August 17, 1945, these Dutch East-Indies civilians were caught in the midst of the physical and diplomatic war between Indonesia and the Netherlands, which ended in 1949. Between 1945 and the mid-1950s, an estimated 300,000 people left Indonesia for the Netherlands. Over 10,000 more followed suit until the late 1960s, among others after the Dutch let go of Papua in 1962, and the fall of the Indonesian Communist Party in 1965, which was followed by mass murder and illegal incarcerations.

While most people who repatriated to the Netherlands were of mixed European heritage, this group was quite diverse: Indonesians hailing from Sumatra to Papua, Dutch and Chinese. One group with a distinct history are the people from the Moluccas, as thousands of people from these islands in eastern Indonesia were part of the Koninklijk Nederlands-Indisch Leger (Dutch East-Indies Army KNIL). The KNIL fought along the Dutch armed forces during the independence war between the Netherlands and Indonesia between 1945 and 1949. After that war ended, some 12,500 Moluccan KNIL soldiers and their families were evacuated to the Netherlands. Upon their arrival, they settled in an exclusive area for decades.

Accusing the Dutch state of violating its promise to return Moluccans to their home country, a group of second-generation Moluccans became radicalized. They committed a number of notorious—and sometimes deadly—terrorist attacks in the 1970s, including hijacks of two trains, an elementary school, and the Indonesian Consulate in Amsterdam. Although currently the majority of the 50,000 people of Moluccan descent are largely integrated in Dutch society, around 40 percent of them still live in Molukse wijken, or Moluccan areas. “This is why it is so important that one out of the five organizations managing Sophiahof is the Moluccan Historic Museum,” said the latter’s chairwoman, Nanneke Wigard, who is also the co-director of Sophiahof. “This is the first time that Indo and Moluccan organizations are together in one location to collaborate and delve into our joint history.” 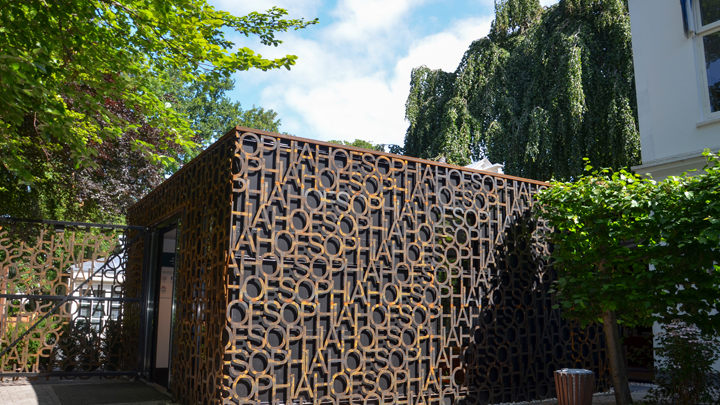 Sophiahof Museum in The Hague, Netherland.

Sophiahof Museum itself is located on spacious grounds with a colonial history: the three-storey building was constructed in 1858 for minister for colonial affairs Guillaume Louis Baud after his return to the Netherlands. The museum is setting up its permanent exhibition Van Indië tot Nu (From the East Indies until Now), which will describe the overall history of the Dutch East Indies. “It should be ready by November 2020,” Wigard said. Currently, it shows Vechten voor Vrijheid: DeVele Gezichten van Verzet (Fighting for Freedom: The Many Faces of Resistance). The exposition shows the groups who fought underground against the fascists during the German occupation in the Netherlands and the Japanese in Indonesia during World War II. It is little know, for example, that members of Perhimpunan Indonesia (the Indonesian Association)—an organization of nationalist Indonesian students in the Netherlands—assisted the Dutch underground movement in resisting the German Nazi regime. The exposition also included a video with some Indonesian historians explaining the Indonesian resistance movement during Japan’s occupation.

Sophiahof co-director Yvonne van Genugten, who is also chairperson of the Indisch Herinneringscentrum IHC, said that Indonesia’s viewpoint will also be present in the museum. “We share a history with Indonesia,” she said. Connecting with Indonesia, Van Genugten said, is often easier for the third generation, or the grandchildren of those who came from the East Indies. “The older generation often have a more emotional relationship with Indonesia, particularly those who had traumatic experiences,” she explained. “However, their grandchildren don’t bear those burdens, and feel freer to look back at their history, or forge a relationship with the current Indonesia.” 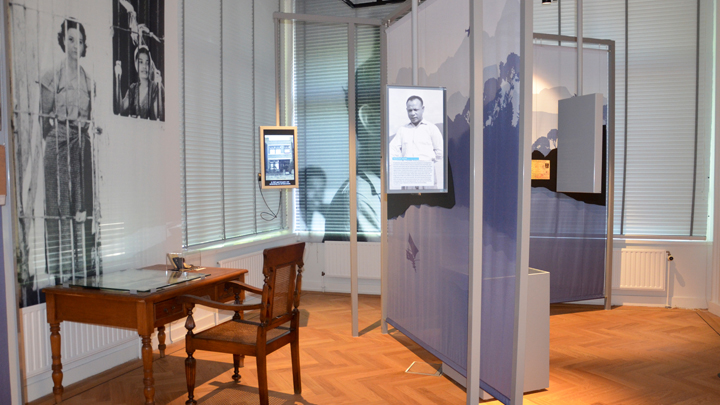 Van Genugten believes that the physical presence of Sophiahof is important for those with an East Indies background, particularly as it is located in The Hague, often dubbed the Indische stad (East Indies city) because of the many Indos living there. In addition to expositions, Sophiahof also organizes cultural discussions and gatherings, such as book launches. The museum is also used for meetings. “We have received very enthusiastic public reactions in these first six months,” Van Genugten said. Indeed, the museum’s visitors’ book is aglow with praise, including from the younger generation like Annet de Mooij: “Wonderful! These beautiful stories and photographs remind me of my grandparents.” Indonesian Ambassador for the Netherlands I Gusti Agung Wesaka Puja, who attended Sophiahof’s inauguration, praised the museum’s activities. “It is not only about the past, but also about contemporary history and current Indonesian issues,” he told Tempo.

Journalist Ricci Scheldwacht, who is active in the Indo community, welcomed Sophiahof. However, he also noted that other museums about the East Indies have already existed for years, such as the Bronbeek Museum in Arnhem, which particularly focuses on the colonial military history, and the Nusantara Museum in Delft, which unfortunately closed its doors in 2013. In the middle of last year, Scheldwacht published the magazine Pinda, which focused on East Indies people and themes. He expressed hope that Sophiahof will also include groups outside the museum’s five organizations, pointing to Moesson magazine, and the Tong Tong Foundation, which for over half-a-century has organized the annual Tong Tong Fair, Europe’s largest Asian-European cultural fair, in The Hague.

Not everyone, however, was happy with the arrival of Sophiahof, like those demonstrating at the opening. The background for the museum’s funding is a suit launched by thousands of East Indies military and civilian retirees who demanded their backpay from the Japanese occupation era. In 2015, the Dutch government finally agreed to pay EUR25,000 to each of the 1,100 pensioners still alive then, but excluded the widows and children of deceased retirees, which angered many. In addition to giving money to the pensioners, the government promised to give a ‘collective recognition’ to the East Indies community in the Netherlands, among others by setting up and funding the Sophiahof Museum.