At The End of the Sungsang Road - Law - magz.tempo.co

At The End of the Sungsang Road


A shift of the boundary line of the Air Telang protected forest in Banyuasin by 18.8 kilometers by the environment and forestry ministry is benefitting Ryamizard Ryacudu. The shift in the boundary happened while Ryamizard was defense minister.

HARD rainfall that drenched Sungsang village in Banyuasin, South Sumatra, on Wednesday, January 29, made parts of the road still consisting of packed earth at the village end slippery and muddy. Passing vehicles would occasionally get stuck in a mudpool. The area has hardly any trees for people to seek shelter under.

The region on the eastern coast of Sumatra has changed drastically since early 2019. The three-kilometer stretch of road was then part of the Air Telang protected forest. Trees and bushes grew profusely. Nowadays, even plots of land alongside the road lie empty. In fact the Air Telang protected forest zone is well-known as one of the longest mangrove ecosystems in Asia.

Contractors have built the road to provide access to the land owned by former Defense Minister Ryamizard Ryacudu. Alongside the changes in Ryamizard’s landholdings, other plots in the vicinity have also experienced drastic changes in status. Some have been turned into coconut and oil palm plantations. “The villagers are protesting the change of these land’s function,” said Sungsang IV village chief Romi Adi Candra on January 20, three days before he finished his term of duty on January 23.

Ryamizard owns 2,170 hectares in Banyuasin I subdistrict. The landholding is run by a company owned by his family, Tri Patria Group. The land overlaps with Sungsang village.

Some members of the community are against the plan. Land ownership by Ryamizard, said Romi, raised the irk of many village residents. They only came to know of Ryamizard’s ownership some time in the past three years. The community was shocked when word got around that the formerly unresided region would very soon transform into a huge port.

Residents in Sungsang IV village mostly work as fisherman. A port would restrict the movements of their boats. This was the reason the community refused to sign the letter of agreement for an environmental impact analysis (Amdal) that would change the region into a special economic zone.

Rebuttal also came from residents of Sungsang III village which neighbors Sungsang IV. Village chief Amiruddin said, the community refused to sign the Amdal as they feel they were left out of the deliberations in the plan to construct a SEZ and the process of land release of the forest. “We have made the decision we cannot sign the Amdal document,” said Amiruddin on January 29.

HEAVY machinery started arriving in the Sungsang region early 2019. Workers built a road and levelled certain portions of the land. One portion was the land of Ryamizard Ryacudu. He leased out his holding once the land was no longer a forest.

The community only came to know it was owned by Ryamizard after they heard news that the environment and forestry ministry had shifted the boundary line of the Air Telang protected zone. The change is recorded in the Environment and Forestry Minister Decree No. 173/2018 issued on April 5, 2018.

The ministry under Siti Nurbaya changed the protected forest boundary line at a length of 18.8 kilometers based on a request by Ryamizard on February 5, 2018. At the time he was defense minister. The new boundary line changed the entire land owned by Ryamizard totalling 2,170 hectares to no longer be forestland. 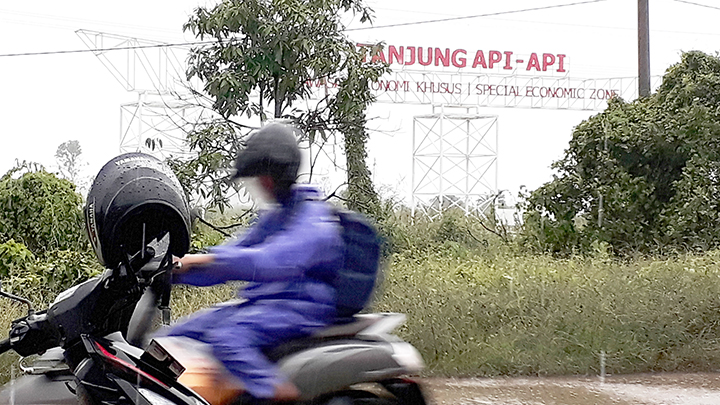 At the same time, the South Sumatra provincial government was strapped for cash to extend the Tanjung Api-api SEZ area. Land prices in Sungsang had reached Rp800 million per hectare in 2018.

The government had only released 67 hectares of land with a valuation of Rp50 billion for the Tanjung Api-api SEZ grounds. Meanwhile, the SEZ had need for over 2,000 hectares. The government-owned land will now be adjoined with Ryamizard’s landholding. Currently, 15 investors have shown interest in providing capital for the project.

The government authorized the Tanjung Api-api SEZ project through Government Regulation No. 52/2014 signed by President Susilo Bambang Yudhoyono. The project will integrate the SEZ with the Tanjung Api-api Port. This last is known to be one of the largest shipping centers for coconut and oil palm in Indonesia.

The procedure for land release of protected forest in the case of Ryamizard’s land is also deemed irregular. Director of environment watchdog Indonesian Environmental Forum (Walhi) in South Sumatra Muhammad Khairul Sobri assessed the release of the status of protected forestland in Air Telang cannot be done rapidly and haphazardly. The area is home to many communities, including customary groups, who are in a faceoff with the government and companies, as they are demanding the release of customary land.

Khairul suspects the procedure for status change in the matter of Ryamizard’s land went through expediently because the region had been projected to be turned into a new economic zone. He reiterated a reminder the program not repeat the Tanjung Api-api Port corruption case which cornered several DPR members and regional heads. “There should be no disguised vested interest by individuals here,” he said.

FOUR villages in the Sungsang region are spread out from the Air Telang forest to the Sembilang National Park. The four villages were formerly part of Sungsang village. Now each village have total areas of 188,000 hectares with 40,000 hectares being residential areas and areas for local enterprises. Some woodland areas in the villages have also been turned into grounds for other usage, the largest being areas for plantations.

Environment and Forestry Minister Decree No. 173/2018 stated that the total of protected forest area in South Sumatra is 3.5 million hectares. Contained therein is the Air Telang protected forest in Banyuasin Regency with a breadth of 13,700 hectares.

Before the decree was issued, the community had no knowledge there was Ryamizard Ryacudu’s land there. Neither had they conducted any activity on it. “We only knew of Ryamizard after being informed of decree number 173,” said Romi Adi Candra, who is no longer a village chief.

The said decree stated that Ryamizard is in possession of letter of enterprise description dated 1914 in conjunction with inheritance letters of land owned by Mashud bin Haji Nawawi bin Haji Husin from 1990. The latter claimed ownership of thousands of hectares of land there. “I purchased that land in 1995,” said Ryamizard through a trusted staff member on February 4.

Romi admitted he does not know Mashud’s name nor about any of his inheritors. He also has no idea about land ownership documents held by Ryamizard, because they had never been registered at the village office. According to Romi, land usage of such huge dimensions had never before occurred in his area. 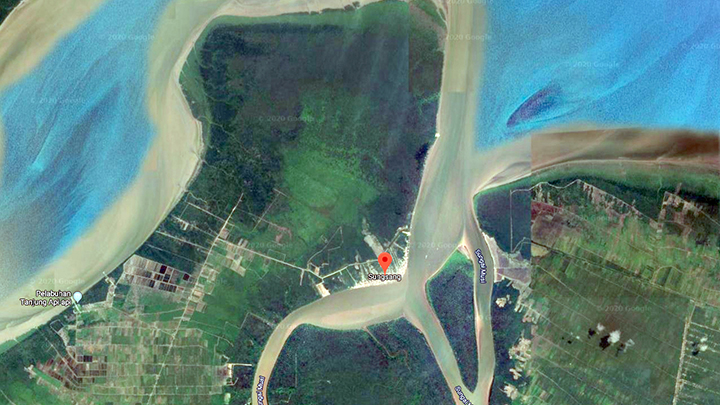 Sungsang IV village chief Amiruddin stated his residents know no descendants of a Haji Husin. He also only just recently knew the forest’s owner was Ryamizard from the minister’s decree.

About the matter, Director of  Forestry Spatial Planning of the Environment and Forestry Ministry Herban Heryandana said ownership documents and registry mapping from the Dutch colonial times indeed can be used to annul a protected forestry status decision. This is regulated in Forestry Minister Regulation No. 44/2012 regarding the establishment of forestry areas.

The government created such a ruling to honor land ownership rights of the people. If it turns out the said plot of land lies within a forestry zone, the owners of the land can submit a letter of request for change in forest status as long as the land ownership deed has been clarified by the local land office. “There is no time limit as deemed by the regulation,” he said.

Head of the Information Bureau of the  Agrarian and Spatial Planning Ministry/National Land Agency Horison Mocodompis explained, legal land ownership documents from Dutch times can be used as far as they are authentic. The document can obtain status change into an ownership certificate through verification by a land and agrarian official. “To date, there are still holders of eigendom verponding certificates, locally known as girik (customary land appointment) holders,” he said.

He admits to not yet knowing about the status of Ryamizard Ryacudu’s landholding. According to Mocodompis, the National Land Agency can make land certification for Ryamizard’s land if the retired four-star general indeed holds authentic ownership documents. He deduced Ryamizard’s holdings are in the form of land cultivation right (HGU). “Individual ownership on land is limited to two hectares. With large tracts, the status is HGU,” he said.