THE government plans to rent 2,170 hectares of land owned by the former Army chief of staff. Residents around the zone said they did not know that Ryamizard owns a vast amount of land there. Ryamizard was reluctant to accept interviews, saying he was in Bali for some down time. But he answered several of Tempo’s questions through his trusted staff member on Tuesday, February 4.

Since when did you own a piece of land in Sungsang village?

How did you obtain the lands?

All have complete documents, which were obtained legally. The certificates are legal and are recognized by government institutions.

What do you have to say about the narrative that the land you owned was once located inside a forest area?

I appreciate journalists’ work. Please write everything you know. But I believe that there are people in the higher-ups behind this issue. Please don’t bother me. Don’t disturb a sleeping lion.

Herban Heryandana, Director of Forestry spatial planning at the Directorate-General of Forestry Planning and Environmental Management: Public May Ask for Clarification on Land Status 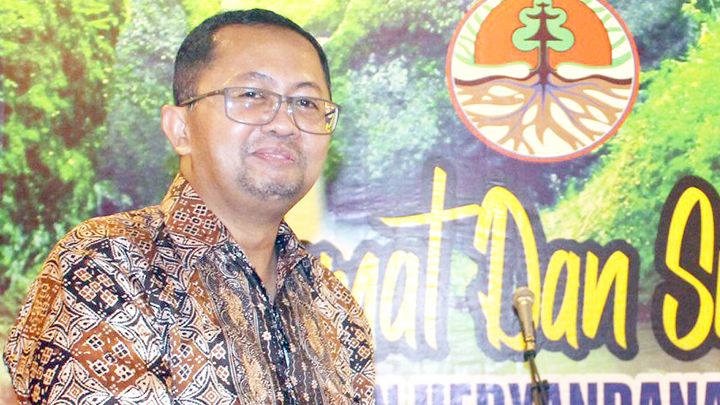 THE environment and forestry ministry was reluctant to detail the chronology of excluding the land owned by Ryamizard Ryacudu from the Air Telang protected forest in Banyuasin, South Sumatra. Herban Heryandana, the forestry spatial planning director at the ministry’s directorate-general of forestry planning and environmental management, told Tempo on February 7 that the general public may apply to have their lands excluded, provided they have valid certificates of ownership. According to Herban, the exclusion process has been done since the 1980s.

Other than the land owned by Ryamizard Ryacudu, whose other lands were excluded from the Air Telang protected forest?

I have to look at and study the data first.

Is it true that the environment and forestry ministry has excluded a number of land plots from Air Telang Forest for the sake of the Tanjung Api-api SEZ project?

I have no comment on that matter. I can only tell you the procedures of excluding lands from a (protected) forest area.

How is it done? How does a plot of land no longer become part of a protected forest area?

(For) all permits or legal rights issued before the area is designated as (part of the protected) forest, the public can submit an application to the ministry—along with a clarification from the National Land Agency (BPN). If it turns out (that their land) is part of a (protected) forest area—and declared legal by the BPN, we can propose for the land’s status to be changed.

Was that what happened when Ryamizard’s land no longer become part of the protected forest area?

Give us time to study the data. To obtain that record, I must get an approval from the director-general of forestry planning and environmental management.