Groups of people seek to map out the actual data of Covid-19 cases. They doubt numbers presented by the government.

IRMA Hidayana was concerned about the numerous death reports since mid-March, suspected to be related to the 2019 Coronavirus Disease or Covid-19. Her fears escalated after she received information that people have died after showing symptoms of infections and were buried in methods adhering to Covid-19 burial protocols.

Irma, a doctor of health and behavioral sciences graduating from Columbia University, United States, believes that the official numbers of deaths and confirmed cases presented by the government do not represent facts. In various parts of the world, the 2019 corona virus spread very quickly. “There must be many undetected cases,” Irma told Tempo, Wednesday, April 15.

Irma fears that the undisclosed data—of victims and cluster locations—would make the public relax and not afraid, putting them at risk of infection.

Together with several colleagues, including journalists and non-governmental organization activists, Irma established a platform for the public to report Covid-19 cases. Working with young people with information technology (IT) expertise, Irma and her friends created a chat engine that can be accessed via WhatsApp and Telegram. The public can provide information about their own health, their relatives’ or file reports about public gatherings. “They can also report the deaths of people who had not been tested for Covid-19,” she said.

Launched on April 6, this service has received 2,185 reports. The information is processed and displayed in the form of a map showing areas of infections, available at www.laporcovid19.org. The site also shows the susceptibility levels of Jakarta’s subdistricts, where the highest confirmed cases and deaths are found. Shades of red show which area are more vulnerable—the darker the red, the more susceptible it is. Irma hopes that the public can be more observant about the distribution of cases in their neighborhoods. 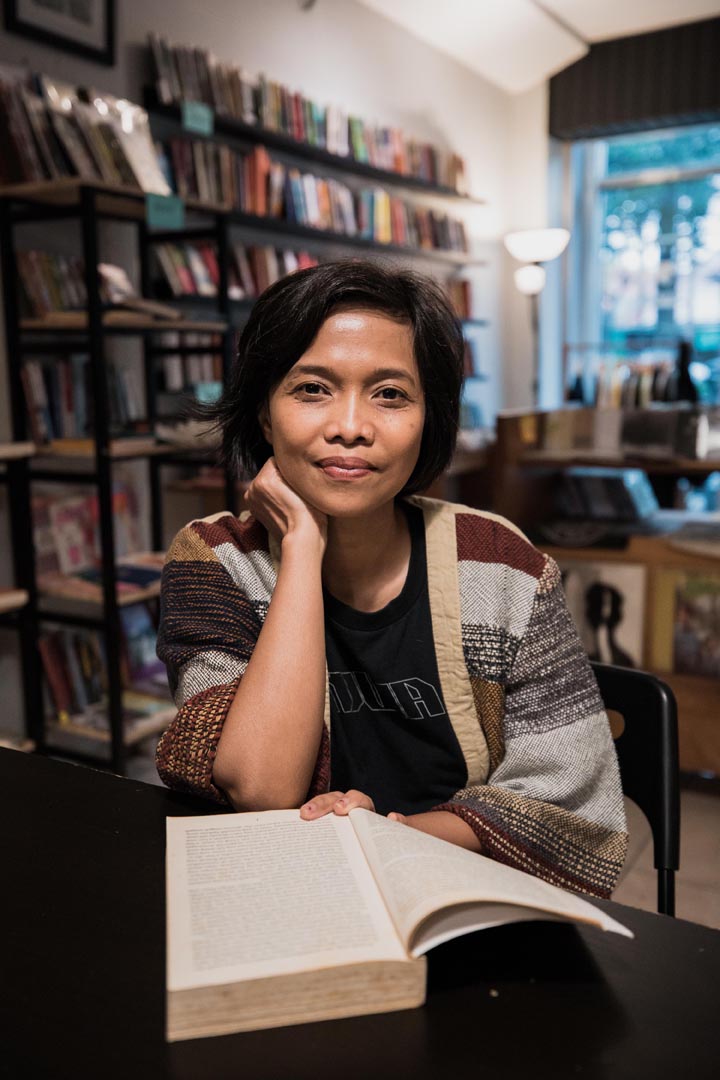 Doctors and the medical communities are also doubting the figures of Covid-19 cases. In Jakarta, around 80 doctors secretly joined a WhatsApp group with the aim of testing government data. One doctor at Cipto Mangunkusumo Hospital said they doubt the numbers as they deal with patients showing Covid-19 symptoms. They also witnessed cases of death suspected to have been caused by the coronavirus infection.

According to the doctor, every day they exchange information about deaths of people with symptoms of Covid-19. Until the second week of April, the estimated death toll from coronavirus exposure was almost 10 times of what the government announced. The doctor said that before the data was published, a senior doctor asked them to stop sharing information because it contradicts the government. Shortly after, the WhatsApp group was gone.

A prediction that Indonesia’s actual number of Covid-19 cases are actually much higher that what the government claims was also conveyed by SimcovID, which consists of researchers from domestic and foreign universities. On March 31, there were 747 positive cases in Jakarta with 83 people dead. Using these figures and comparing them to the population density level, SimcovID researcher and epidemiology mathematician, Nuning Nuraini, estimated that the real number of positive cases in Jakarta that day was actually 32,000. “That’s the estimated total of undetected cases, assuming that the credible interval is 86 percent,” Nuning said.

SimcovID uses a number of variables, such as susceptibility, exposure, infections, quarantine, recovery, and death. Using this approach, Nuning predicts that in one death there are 385 positive cases. One positive person can transmit the virus to three other people. Nuning estimated that there are 315 cases per 100,000 residents in Jakarta.

Using the same method, SimcovID predicted that the total cases in West Java on that date was 8,090 and East Java had 3,080.

Long before the number of coronavirus cases exploded, a group of young people took the initiative to monitor the development of this pandemic in Indonesia. Since December 2019, they have been discussing to present the potential cases caused by the virus that first appeared in Wuhan, China.

Ronald Bessie, one of the initiators of a movement called Covid-19 Guard, said that actual data on positive cases is very important to formulate government policies in controlling the spread of coronavirus. Using data from the government, Covid-19 Guard presents daily statistics completed with the demographics of corona-positive victims, such as citizenships, age, and gender.

...there is a chance that transmission rate will start declining in early June. During that period, Wiku estimated the number of positive cases in Indonesia at around 106,000. He said these figures were obtained through calculations involving predictors, scientists, and experts in their fields. “We combined all these predictions,” he said.

In Indonesia, the total number of positive cases as per Saturday afternoon, April 18, was nearing 6,000 people. Senior researcher at Eijkman Institute of Molecular Biology Institute, Herawati Sudoyo, predicts that Indonesia will hit its infection rate peak between early May and the end of June 2020.

Herawati estimates that the number of positive cases in Indonesia will reach 11,000 to 71,000 by the end of April. To curb that number, Herawati said, the government must run mass testing and track positive cases’ contacts.

Meanwhile, Wiku Adisasmito, leader of the Covid-19 task force’s expert team, predicted that the peak of the pandemic in Indonesia will occur in early May, with confirmed cases estimated at some 95,000. According to Wiku, there is a chance that transmission rate will start declining in early June. During that period, Wiku estimated the number of positive cases in Indonesia at around 106,000. He said these figures were obtained through calculations involving predictors, scientists, and experts in their fields. “We combined all these predictions,” he said.

Alexander Kaliaga Ginting, member of the special staff to the health minister, does not dismiss experts predictions. He said that it is important to inform these projections to the public as a way to raise awareness, and keep the public vigilant. But Alexander reminded that the ministry will not use predictions as a basis for purchasing medical devices, such as ventilators and test kits, at unreasonable amounts. “As a staff member, I remind the minister to keep relying on epidemiological surveillance calculations,” he said.