With reference to the May 12-18, 2020 edition of the Tempo magazine’s cover story titled The Biozek Controversy, which was published on May 12, 2020.

WE herewith exercise our right to respond and correction:

1. The selection of the rapid test product was based on studies, covering various aspects like quality, business and complete documents.

2. The quality and complete documents aspect of the rapid test product can be examined from the following papers:

a. Product information in the form of a package insert brochure and product picture;

b. EC-Declaration of Conformity of Biozek BNCP-402 as a document stating that the product fulfills the legal requirement for trading and commercial purposes on the European market;

d. Certificate of Analysis and the Material Safety Data Sheet;

e. Documents of product registration or import licenses in the Netherlands, United Kingdom, Portugal, Georgia, Nigeria, and Saudi Arabia serve as references that the product is used by other countries;

f. Documents of verification certify the corporate validity of Inzek International Trading BV and Mach-E BV in the Netherlands;

g. The import approval of the Biozek BNCP-402 rapid test product is obtained through the Special Access Scheme from the Indonesian health ministry.

3. To confirm the product ordered, a direct inspection is conducted at the factory of Inzek International Trading BV in the Netherlands, and it is determined that the rapid test product conforms to the quality documents in point 2b above.

a. Page 16 on the result of rapid test conducted by Sir John Bell from Oxford University was not about the Biozek rapid test product;

b. Pages 21-25 on the false positive cases in Indonesia were not about the Biozek rapid test product.

5. The Biozek rapid test is an IVD-antibody rapid test only used for the purpose of screening and not for establishing a diagnosis.

6. Kimia Farma only carries out the distribution to health service facilities, examination laboratory networks and provincial/city/regency health offices according to the permit of the health ministry.

7. The entire operation of Kimia Farma has followed the procedure, regulation and good corporate principle.

The report by Tempo was tendentious and created a negative perception to Kimia Farma currently assisting the government in handling the spread of Covid-19 in Indonesia.

Thank you for your response. The information has been included in the report and interview—Ed.

INZEK denies the criticism and allegation in the article of Tempo that is not justifiable and regrets the journalistic writing that is poor, slapdash and tends to do a character assassination.

Inzek with its international distributor partner, B Tribe Trading, Mach-E, and Clindia/Bipharma, wishes to point out that Marien de Jonge did not receive, watch or use the Biozek test directly. Besides, no substantive research was done and Marien de Jonge failed to gather data before expressing the suggestive view on the platforms of OCCPR and Investico, which was quoted and made a single reference of the article in Tempo on May 12, 2020.

Inzek, which is a Dutch biotechnological company, was mistakenly blamed in the article and irresponsibly published by Tempo and the OCCPR, which should have made better and broader research. More importantly, they should have followed Inzek’s reference in the present research conducted by Amsterdam University Medical Center.

We also want to spotlight two studies mentioned in the articles that were not about the Biozek test. They were different tests but were easily labeled as identical. There was no evidence supporting the conclusions.

The Biozek rapid test has been certified by various authorities. One of them is the CE certificate. The question is about the registration, the procedure carried out, and the health equipment license that was wrong/excluded by the OCCPR/Tempo and not mentioned in the article. 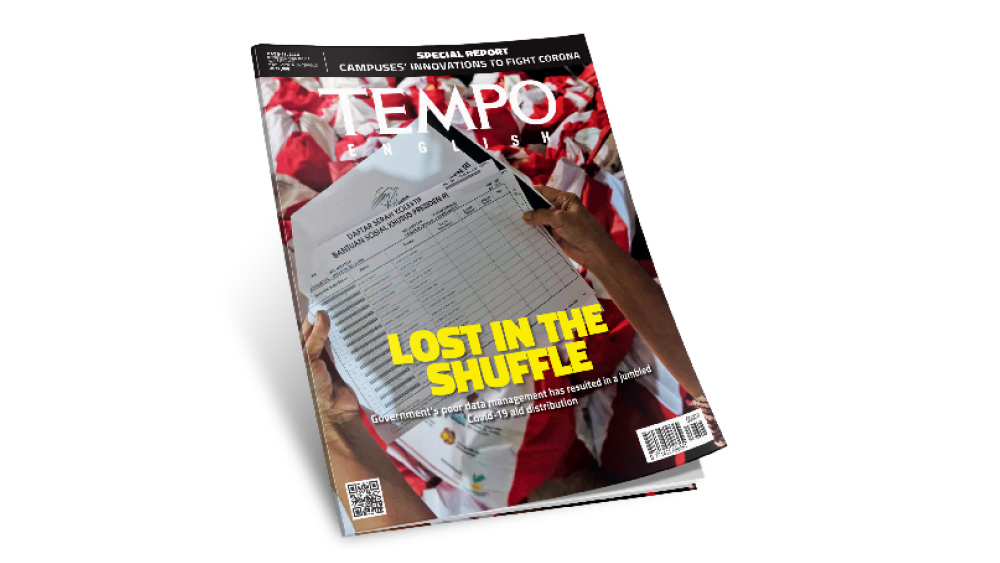 IN the May 5-11, 2020 edition of Tempo, on page 14 there is an article titled Poor Aid Database and Distribution. It is written: “When the central government was still discussing figures, the capital city announced its plan to give aid to 3.7 million poor families and families vulnerable to poverty. Later on, the number was reduced to 1.25 million families.” The figures 3.7 million should not be families but rather people. The word “reduced” should be “converted.”

Chief of the Jakarta Communication, Informatics and Statistics Office

Thank you for your correction—Ed.