The First Prayer Hall in Ulakan

THE original building used to be made of wood. The structure looks like a three-level pyramid. The roof part is in the shape of the horns of a buffalo, typical to Minangkabau indigenous architecture. Known familiarly as the Surau Gadang, the structure is silent witness to the accomplishments of Sheikh Burhanuddin Ulakan who propagated Islam in the Minang region, West Sumatra.

The conserved building, now a heritage site, is located at the end of Jorong Tanjung Medan in Ulakan, Padang Pariaman Regency, West Sumatra. But the building is no longer much like its original. The local government renovated it while making every effort to preserve the original structure. Rotted wooden beams were replaced with reinforced concrete. They also added a veranda wrapping around the exterior.

Surau Gadang was built around 1680. In the book, Surau: Pendidikan Islam Tradisional dalam Transisi dan Modernisasi (The Surau: Traditional Islamic Education in Transition and Modernization), muslim scholar Azyumardi Azra deemed the establishment of the concept of surau (prayer room) as a breakthrough. The surau became the seed for an educational entity that transformed into the pesantren (Islamic boarding school). “The concept was first thought of by Sheikh Burhanuddin,” wrote Azyumardi.

Sheikh Burhanuddin Ulakan was born and given the name Pono in 1646. His mother’s name was Nili, from the Guci tribe, and his father Pampak from the Koto people. He was born in Pariangan, near the town of Padang Panjang, and grew up in Sintuk, Lubuk Alung, on the West Sumatra coast. At the time, the coastal area was under the authority of the Aceh Kingdom, and Islamic teachings had not made much inroads. 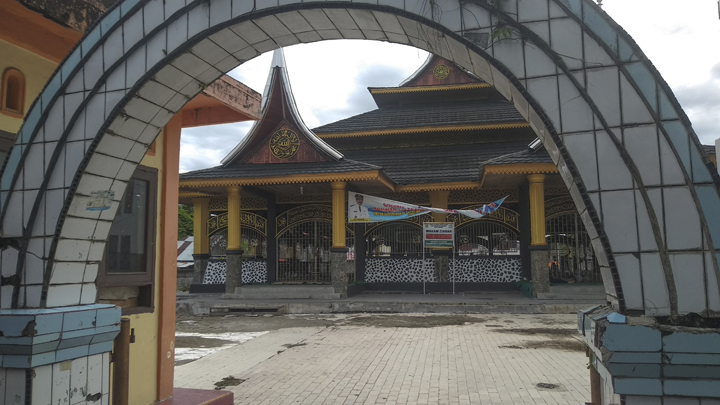 Pono studied Islamic teachings from Sheikh Abdullah Arif, an Arabic wanderer residing in Nagari Tapakis, not far from Ulakan. Abdullah was the student of Sheikh Ahmad al-Qushashi, the instructor of the Syattariyah, a well-known Sufi order in Madinah, Saudi Arabia. When Abdullah passed away, Pono studied under Sheikh Abdurrauf al-Singkili in Singkil, Aceh.

Suryadi, a lecturer at the Institute for Area Studies, Leiden University, said, the story of Sheikh Burhanuddin was revived by Ph. S. van Ronkel, a professor of literary studies at Leiden. Ronkel translated a local manuscript titled Salasilah Syekh Burhanuddin in an article titled Het Heiligdom te Oelakan (The Holy Place at Ulakan) in the journal Tijdschrift voor Indische Taal-, Land-en Volkenkunde, in 1914.

Ronkel followed salasilah (the intellectual genealogy) of Burhanuddin and also related his innate intelligence and strict adherence to his guru, and colored it with the mystical stories of Syattariyah instructors. When Qushashi was still alive, Abdurrauf received a testament from his teacher alluding to the subsequent arrival of a young student from Ulakan.

“When you arrive in Aceh, five other people will be there seeking instruction. One will be from Ulakan, a certain Burhanuddin. His feet will be higher than the ground,” stated Qushashi’s testament. When Pono arrived with his four colleagues in 1662, Abdurrauf agreed to their request to study under him. It was he who bestowed the name “Burhanuddin” on Pono.

Burhanuddin was a bright student and quickly learned by heart all the lessons. He was also remembered as one quick to give a lending hand to all. Ronkel wrote that Burhanuddin was not averse to helping his guru by herding his goats or digging a fish pond around the mosque.

Oman Fathurahman estimated that Burhanuddin went to study in Singkil for 18 years, or at least for almost 30 years. Abdurrauf eventually ordered him to return to Ulakan to proselytize Islam, because his absorption of the teachings were deemed sufficient. Burhanuddin began teaching by building a prayer assembly hall, or surau, in Tanjung Medan, now known as the Surau Gadang.

The presence of Surau Gadang is evidence of the local community’s responsiveness to Islam. When Sheikh Burhanuddin established his educational institute in Ulakan, only a smattering of people in the community adhered to Islam. Many Minangkabauans at the time embraced the Hindu or Buddhist faiths.

In his book, Suma Oriental, Tome Pires wrote, until the end of the 16th century, only one in three Minangkabau kings had converted to Islam, King Utama of the Sungai Dareh region. The other two leaders, King Bandar and King Bonjol, preferred to adhere to paganism.

Because of his instructional lineage to Sheikh Abdurrauf, the teachings promulgated by Sheikh Burhanuddin followed that of the Syattariyah Sufi order. The school of thought adhered to tasawuf (the path of the Sufis) teachings that introduced religious norms and interactions with God though spiritualist leanings. One was a dhikr (repeating prayer using prayer beads) ritual, whereby adherents repeat verses many times. Since its introduction by Burhanuddin, this dhikr intonation is still practiced until today. 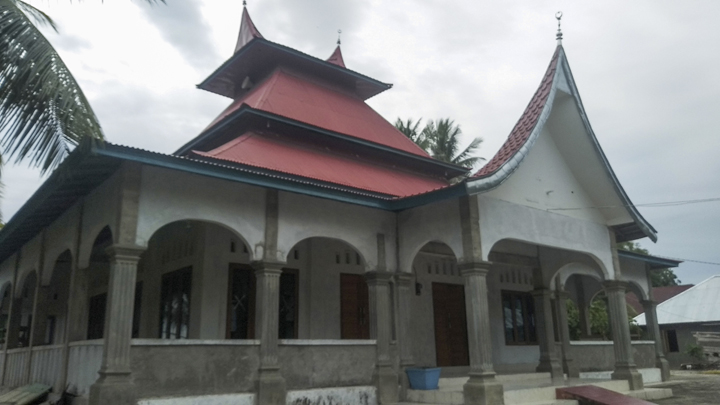 The Surau Gadang in Tanjung Medan, Padang Pariaman, May 8. Irwanda

The Syattariyah school of thought once faced resistance from modernist and Wahabi-leaning ulema in West Sumatra. Despite this, the ‘testaments’ of Sheikh Burhanuddin have never disappeared. Every year thousands of his followers go pray at his grave to remember the day of the passing of their beloved teacher. The ritual known as Basafa (doing the Safar) is routinely enacted every 10th day of the Safar Islamic month.

Sheikh Burhanuddin passed away in 1704 and left a legacy of many written texts. Among them are At-Taqrib Liyantafial Muttadi, a tome containing fiqh (jurisprudence) teachings; knowledge of saraf (word changes), titled Risalah Burhaniyah, and the teachings of nahwu Al-Muqaddimah. Then there is the Al-Mufid about the concept of ushuluddin, Hishful Qari/Tajwidul Fatihah and Al-’Ulum Al-Tashdiqiyah concerning logic, and many tomes on Sufism and religious charity.

According to Buya Hery, Sheikh Burhanuddin had many students. One was the ulema Tuanku Mansiangan Nan Tuo in Koto Laweh, near the city of Padang Panjang. Like Burhanuddin, each student subsequently built a surau as their center for religious instruction. Eventually Islam came to spread far and wide, reaching the very highlands, the center of power of the Pagaruyung Kingdom.

Sheikh Burhanuddin’s eminent success in propagating Islam was basically thanks to his brilliantly persuasive dakwah (preaching) strategies. For example, Burhanuddin would get little kids to play while slipping in religious instruction. Haji Abdul Malik Karim Amirullah, later known as Hamka, in his book Ayahku  (My Father) came to the conclusion: “It is clear that Sheikh Burhanuddin was not the first to spread Islam. But he was the ulema that advanced Islam in Minangkabau.”