THE Jakarta Administrative Court ruled that it was unlawful for the government to shut down access to the Internet in Papua and West Papua during a period of unrest last year.

In the court’s decision issued on Wednesday, June 3, the judge included considerations of human right documents such as the Universal Declaration of Human Rights of 1948, the International Covenant on Civil and Political Rights of 1966, the constitution, as well as the Law on Human Rights.

Additionally, the judge also referred to the Law of Electronic Information and Transactions which states that restriction could only be enforced to block access to information or documents violating the law, not the entire Internet. “We appreciate the judge who considered numerous national and international principles of human rights in deciding the case,” said the plaintiff’s attorney, Muhammad Isnur.

The lawsuit was filed by the Alliance of Independent Journalists (AJI) and the Southeast Asia Freedom of Expression Network (SAFEnet). The government began to restrict Internet access by means of reducing speed on August 19, 2019, hours after riots broke out in some areas, triggered by racist acts against Papuan college students in Malang and Surabaya, both in East Java. On August 21, the government shut down telecommunication data access. Rudiantara, then communication and information minister, reasoned that the Internet ban was meant to accelerate the restoration of security.

A number of non-government organizations plan to file a judicial review request to the Constitutional Court to evaluate the government’s authority in blocking off the Internet. Legal Aid Institute for the Press Director Ade Wahyudin said the judicial review would prevent a similar Internet ban from occurring in the future.

Communication and Information Minister Johnny G. Plate would consult the Attorney General’s Office on the possibility of legal action. He claimed of having found no internal document from the government mentioning the decision to shut down Internet access in Papua and West Papua. “We did not discover information about meetings held to discuss that,” he said.

GOVERNOR of Jakarta Anies Baswedan set transition period for large-scale social restrictions (PSBB) starting on Friday, June 5. The transition will continue to be reviewed by looking at the development of Coronavirus Disease 2019 or Covid-19 cases in the capital city. “During the transition period, socio-economic activities can be carried out in stages,” Anies said on Thursday, June 4.

In the first phase of the transition period, a number of beneficial sectors to the community are open in stages, including religions, sports, transportation, and business. However, 66 community units (Rukun Warga) still need to carry out social restrictions due to the high number of positive corona cases.

The Jakarta Provincial administration has issued a protocol of activities during the transition period. Offices, for example, are asked to schedule working hours and shops’ opening hours should be inline with the odd-even dates. According to Governor Anies, the policy aims to keep the number of corona cases in the capital city from rising. 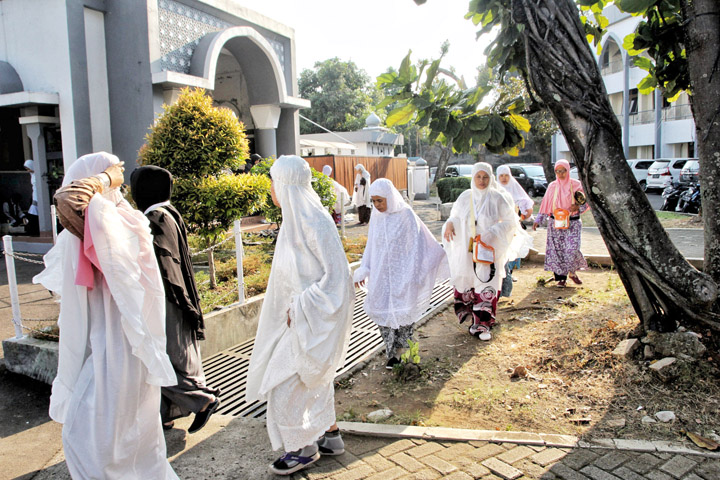 MINISTER of Religions Affairs Fachrul Razi decided to cancel haj pilgrimage this year. The minister said that the Saudi Arabian government still closed its entrance to the country. “The government does not have enough time to prepare services and protection for the pilgrims,” Fachrul said on Tuesday, June 2.

According to Fachrul, sending pilgrims during pandemic would be unsafe. Pilgrims who have fully paid the haj cost have the options of departing next year or withdrawing the paid fee. Chairman of Religions Commission of the House of Representatives Yandri Susanto criticized the government’s decision as it was not previously consulted with the Commission. He reminded that strategic policies about haj should be discussed together with the House.