A New saving for Workers


A people’s housing savings program is ready to launch in the midst of rejections by industrialists. There are concerns regarding authorization to invest the funds.

IN three decades of being a civil servant, Mimih Kelana had never enjoyed the benefits of her savings under the scheme managed by the Housing Savings Advisory Board for Civil Servants (Bapertarum-PNS). A while back, this primary school teacher in South Jakarta had thought of using the money deducted each month from her salary to buy a house in Garut, West Java, where she was born. But the plan stalled. “I was refused by the bank because the amount was too small, when in fact we were told the money was to go towards buying a first home,” Mimih told Tempo on Friday, June 12.

Not knowing of exactly how much she has in her fund, Mimih had to wait another 10 months—for her pension period to mature—to really enjoy the benefits of her savings. The 59-year-old woman was also ignorant about the fact that withdrawal of the home savings accounts by civil servants formerly managed by the Bapertarum-PNS, has now been transferred to the Public Housing Savings Program Management Body (BP Tapera).

BP Tapera was in fact established in 2018 to fufill criteria set out in Law No. 4/2016 on public housing savings, which required for the Public Housing Savings Program (Tapera) to be in place at the latest within two years after the law was written. By end of March 2019, the government had appointed personnel to fill out the structure of the new body.

But since, the BP Tapera has practically provided no servicing whatsoever to their account holders simply because the government had not yet drawn up the executing regulations for the Tapera Law. As a result, the funds owned by civil servant clients who had entered pensioner age last year has not been disbursed.

Only on May 20 did President Joko Widodo finally sign off Government Regulation No. 25/2020 regarding execution of Tapera Law. BP Tapera not only administers the home savings of civil servants which since 1993 was under the Bapertarum-PNS, it also covers the home savings accounts of National Army soldiers, members of the Police force, employees of state and region-owned enterprises, workers in the private sector, to the home savings of the self-employed. Obligation to open an account with Tapera for anybody in these categories will be realized in phases over the next seven years.

BP Tapera will be managing funds amounting to Rp11 trillion from the former account holders of the Bapertarum-PNS. This money will be the base account for active civil servants in the Tapera program. A portion of the savings owned by civil servant pensioners who have not yet received their share will be disbursed.

BP Tapera over several phases will also take over management of the Housing Financing Liquidity Facility (FLPP), the revolving fund under the state budget to assist payment of home ownership for the low income sector. The FLPP fund will be the government’s savings in Tapera which it can be withdraw at will. Up to June 3, the total amount in FLPP, which since 2010 was managed by the fund management center for home payments at the public Works and peoples housing ministry, amounted to Rp50.81 trillion.

The issuance of Government Regulation No. 25/2020 also reopened polemic within the business sector. Chair of the Permanent Committee on the Workforce in the Indonesian Chamber of Commerce and Industry (Kadin) Bob Azam stated, Kadin’s stance has not budged from that of rejecting the Bill when it was first announced. A similar stance was also stated by the Chair of the Manufacturing Industry Sector of the Indonesian Association of Businesses, Johnny Darmawan. “From the outset we contested and rejected the program. Why should there be another savings scheme, when the the BP Jamsostek (Social Security Agency) is already in place?” Johnny queried Tempo, on June 3.

Both businessmen are of the view, Tapera should not be required for the workforce in the formal sector already account-holders with the BP Jamsostek, because that agency also offers additional services to employees wishing to obtain a home payment facility. “Meanwhile, the BPJS Ketenagakerjaan (Workers Social Security Agency) also has room to include home payments,” said Bob when interviewed by Tempo, on June 12.

Indeed, the scheme to garner employee savings for sure will involve businesses. Employers will be required to shoulder 0.5 percent of the monthly dues of each employee’s savings acount set at 3 percent deducted from their salaries. The obligation will not only be burdensome to employees, it will also burden their employers, who in the coming years will still be facing economic uncertainty.

The basic concept of the BP Tapera is very similar to BPJS: community-funding. Workers, with remunérations above or below the minimum wage, are required to open an account and pay monthly dues. Account holders wishing to benefit from Tapera to obtain home payments need to fulfill certain criteria, including being in the low income sector, are not yet home-owners, or wish to use the fund for reparations for their first homes. If unused, account holders may withdraw their money after reaching pension age, or if they lose their employment.

Coordinator of Advocacy in BPJS Watch, Timboel Siregar, is worried the scheme will repeat the issues that have beset the Health Care and Social Security Agency (BPJS Kesehatan). “Mounting arrears of clientele monthly dues have the potential to escalate,” said Timboel, on June 12. Sanctions set by government regulations by no means resolve the issues because similar threats are in place in other social payment schemes.

On the other hand, member of the Infrastructure and Transportation Commission of the House of Representatives (DPR), Suryadi Jaya Permana, is scrutinizing the authorization of Tapera to handle investments. He warned the BP Tapera to take careful heed of the dire lessons from the Asuransi Jiwasraya and Asabri cases. “Public trust has not yet fully returned,” he said.

According to the new regulation, fund management by Tapera not only covers collection of monies, but also includes ‘nurturing’. This is another word for investing to be managed by BP Tapera through investment managers and funneled into many instruments, from bank deposits, central and regional government obligations, to issuance of stocks, shares and other bonds in housing and estates.

This authorization was also touched upon by Chair of the Board of Commissioners of the Financial Services Authority (OJK) Wimboh Santoso. He uttered the warning that Tapera should hold to the same principles of other financial agencies. He asked that BP Tapera comply to the guidelines of money management so that problems will never arise in the future. “The principles of governance and prudence need to be tightly adhered to,” he said on June 4. 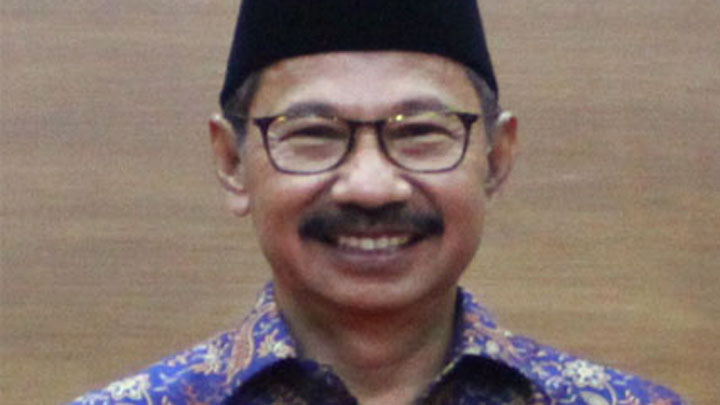 BP Tapera Commissioner, Adi Setianto, pointed out the expansion of the Tapera program to include non-civil service employees was at the behest of the Tapera Law. “Why it expanded to include all the other programs, well, because that was how the law was written,” he said on June 11.

He also reiterated that the government, through the public works and finance ministries, has from the outset emphasized that BP Tapera will be an institution upholding credibility. “When things are firmly in place, eventually all savings-based housing programs will migrate to BP Tapera.”

Deputy Commissioner for Disbursement of Tapera Funds Eko Ariantoro explained, BP Tapera in its strategic plan has projected a client-base of 13.1 million by 2024. The amount of funds it will manage is targeted at Rp60 trillion.

He underlined that BP Tapera will hold fast to all the legalities of fund management. “Our task is  to ensure the fund is managed based on good governance, with prudence, transparency, and accountability,” said Eko. BP Tapera has made operational plans for its activities to continue to be effective and efficient, including in the costs of investment manager services.