For 20 years, the altar boys of St. Herkulanus Parish in Depok were sexually abused. There have been efforts to cover up the crime.

ON Saturday, June 6, Syahril Parlindungan Marbun wrote seven pages of confession. He admitted of having sexually abused and harassed the altar boys of the St. Herkulanus Parish in Depok, West Java. Syahril, head of liturgy at the parish, also wrote down the names of 13 boys who became his prey, detailing what he did to them and where he did the horrendous acts. On the last paragraph, before the signature stamp part, he promised to stay away from his victims forever. “I am willing to be punished in accordance with the law,” he wrote.

That day, a team of representatives of the congregation of the St. Herkulanus Parish and the Justice and Peace Commission of the Indonesian Bishops’ Conference met Syahril at a retreat house in Ciawi, Bogor, West Java. They came to get the 42-year-old man to confess to the allegations that he sexually abused the acolytes—children who served pastors during holy mass. The meeting was also attended by the parents of two victims who reported Syahril’s crime. It was a long meeting, as initially Syahril denied everything.

In the afternoon, Syahril’s wall finally crumbled after the team showed him evidence and brought in a former altar boy whom he raped. Syahril, who works as a lawyer, finally admitted to his crimes and agreed to write a statement. “But he did not look like he regretted anything,” the Parish Pastor of St. Herkulanus, Yosep Sirilus Natet, said on Thursday, June 18.

Two days before the June 6 meeting, Syahril met Natet on the second floor of the pastoral building next to the church. At first, Syahril questioned why Natet invited altar boy’s parents to a meeting without his knowledge. Later, Syahril asked about news that acolytes’ parents planned to report him to the police. According to Natet, Syahril asked for the plan to be canceled because of pity for the altar boys. In the meeting that lasted less than an hour, Syahril also admitted that he likes to make physical contact with the children, such as hugging them. “He even asked me ‘Is that harassment?’,” Natet said.

Natet first received reports of the alleged sexual offence by Syahril in the Islamic fasting month of Ramadan. The parents of an acolyte said that the son was sexually abused three times in March. The crimes happened in the library of Aloysius III, which is on the second floor of the parish building. Syahril co-manages and have the keys to the library, which is not far from the priests’ room on the same floor.

Azas Tigor Nainggolan, a lawyer representing the children, said the boy was told to stay in the library by Syahril. Three other boys who were with him were sent to leave. In the 6 x 8-meter room, between shelves of spiritual books, Syahril sexually abused the boy. It happened again twice, the week after, and another week after that. 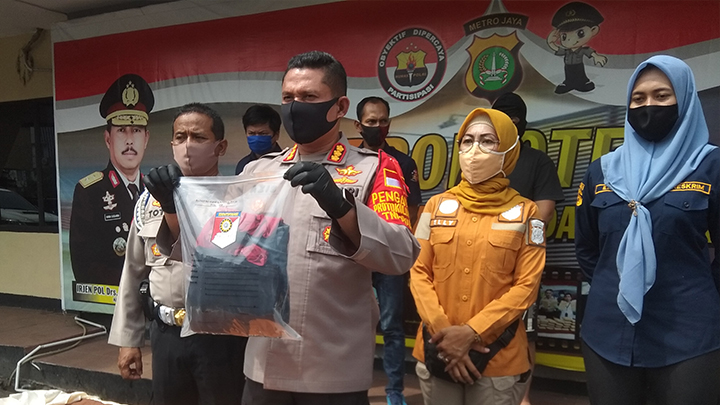 After receiving the report, Nanet and the Commission for Justice and Peace from the Indonesian Bishops’ Conference established a team. Since mid-May, they conducted internal investigations to find if there were other victims. Then, another child said he was sexually assaulted in the library as well as outside of the church—including in Syahril’s house and inside a car at a parking lot of a hospital in Depok.

All of this information was conveyed to Syahril during the meeting in Ciawi. As written in his statement, Syahril confessed to have forced himself on the altar boys for 20 years. As of June 20, the team found out that 21 children had been raped and abused by Syahril. “It is likely there are other victims who are staying silent,” Azas Tigor Nainggolan said.

ALTHOUGH Syahril Parlindungan Marbun apologized during the meeting in Ciawi, the problem was not resolved. Father Yosep Sirilus Natet and the victims’ parents decided to bring the case to court. Father Natet asked meeting participants to accompany Syahril to the Depok Metro Police headquarters to surrender himself on June 8. According to Natet, Syahril promised to be there. But on the day, he did not show up, and did not pick up his phone. After quite some time, finally he was able to be contacted and claimed he was sick and was seeking treatment.

Even without Syahril’s presence, the parents and the team reported his crime. According to Natet, the parents had been reluctant to press charges. But Natet said Syahril must be held legally accountable for what he did. “The parents gathered up courage to report the case,” Natet said.

Prior, there was a difference of opinion among members of the St. Herkulanus Parish Council, led by the diocesan priest of the Bogor Diocese. There were members of the community who preferred settling the case out of court, but Natet refused. “This is a disgrace. But this is inevitable that we must reveal it,” he said.

On June 14, the police arrested Syahril at his home in Jalan Bungur, Depok. He is charged with article 82 of the Child Protection Law, facing between five and 15 years in prison and a fine of up to Rp5 billion. “We arrested him after gathering enough evidence. And then we began the investigation,” said Depok Metro Police Chief Sr. Comsr. Azis Andriansyah.

Investigators talked to six witnesses, the victims and their parents, before arresting Syahril. The police assigned a psychologist to accompany the victims during the questioning. Using this approach, a victim said that a t-shirt was used by Syahril to wipe off his semen during the library rape in March. The church team quickly came to the room, which had only been used as library for a few months.

When Tempo visited the library on June 18, there were stacked lockers behind the librarian’s desk to store stationaries and documents. Syahril placed the t-shirt inside one of those lockers. “We also found another t-shirt among the bookshelves,” said Azas Tigor Nainggolan, the laywer of the victims and their parents.

As of June 18, the police still have not came to the library. They were still waiting for the lab test results against the evidence. The St. Herkulanus Parish team had submitted Syahril’s seven-page confession letter to the investigators. However, the police had not questioned other victims. “We are still focusing on the two victims,” said Sr. Comsr. Azis Andriansyah.

During a press conference announcing the case on June 16, the police brought Syahril—handcuffed, his face covered in a mask. Syahril did not answer to questions about the case. His older brother, Norbert Marbun, was reluctant for interviews, and told Tempo to contact their family lawyer, Andrio. The lawyer was also tight-lipped. “The legal process is still a long way. We are focusing on the legal matters first,” Andrio said via WhatsApp, on June 18.

THE molestation by Syahril Parlindungan Marbun had been discovered previously in 2014. Azas Tigor Nainggolan said that the mother of an altar boy caught Syahril red-handed at her home. She reported it to Yustinus Dwi Karyanto, chairman of the St. Herkulanus Parish Council at the time. “But things were settled out of court,” Tigor said.

According to Tigor, the Parish Council should have immediately reported the matter to the police to prevent more children becoming victims. Moreover, the 2014 event was a repeat offense of what Syahril did two years prior. Tigor regretted the Parish Council’s decisions, which was made worse by keeping him as head of the Acolyte Sub-section, allowing him to stay near the altar boys.

St. Herkulanus Parish Council Chairman of 2020-2023, Yosep Sirilus Natet, said that he also heard about this information. But he did not find any record of the matter from his predecessors.

When asked about the 2014 incident, Father Dwi Karyanto was reluctant to answer. “Please go to an attorney, may the Lord bless you,” said Dwi, who is now on duty in Sukabumi, West Java. 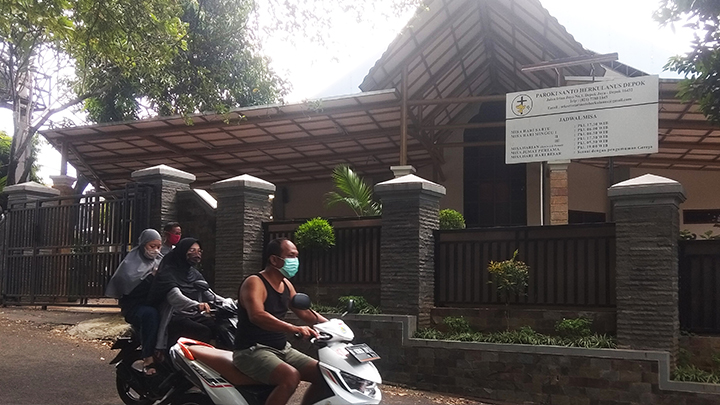 Dwi’s replacement,  Aloysius Tri Harjono, also refused to give a statement. “This case had been handled by the police,” he said. The church’s internal team asked Tri about a report from the pastor regarding the alleged sexual abuse by Syahril. According to a team member, Tri answered that he did not receive the report.

Depok Metro Police Chief, Azis Andriansyah, also said that he never heard about the settlement. “We will investigate it,” Azis said, adding that he will question the parties involved if necessary.

Meanwhile, Father Natet promised that all sexual offenses in his parish would be eliminated. Not only taking things to the law, he also said he would continue to investigate if there are other victims, and provide assistance to them and their families. His goal is to prevent the victims from becoming sex offenders when they grow up. “There is a great potential for preys to become predators,” he said.