Speculators overtook thousands of hectares of customary land in Central Maluku Regency for over a decade now. They are in the center of a conflict between customary tribes and oil palm entreprises.

TWO-meter tall oil palm trees stand on either side of the plantation road cutting Siliha hamlet, Central Maluku Regency, in Maluku. Located in Lot No. III, the plantation measuring hundreds of hectares in the Seram Utara Timur Kobi subdistrict was originally owned by the Boiratan clan.

The Boiratan family now only have some 400 hectares land. The Boiratans in conjunction with the Nusaina Group, a company owned by Sihar Hamonangan Sitorus, have turned their lands into an oil palm plantation. The other hundreds of hectares have fallen into the hands of ‘speculators’. “The plots were sold out of necessity,” said Ahmad Dani Boiratan, a member of the clan on Friday, June 26.

Tempo obtained documents showing how several members of the Boiratan family allegedly transferred ownership of lands amounting to 469 hectares to other parties. A portion of the lands are in Patuanan Negeri Kobi customary land. Kobi is the customary tribe in the region. The documents are written evidence that some members of the Boiratan family sold the lands to 19 purchasers.

Ahmad Dani Boiratan once worked for the Nusaina Group. He assisted Nusaina in their search for landplots in the East Seram Regency. He would introduce the owners to Nusaina to facilitate possible partnerships. “I was the main motor behind the schemes,” said Dani. The purchasers of the customary lands include state officials and businesspersons.

Sihar Sitorus expanded his oil palm plantation enterprise to Central Maluku Regency in 2008. The member of the Finance Commission of the House of Representatives (DPR) established five companies under the Nusaina Group holding firm to execute oil palm plantations in Central Maluku. They hold a legal permit to run oil palm plantations for up to 25,000 hectares in breadth. The permit, it turns out, encompasses customary lands currently under scrutiny. “There are landplots allegedly in the control of certain parties who are in direct violation of the law,” said Sihar on June 27.

A Tempo investigation showed how land speculators have allegedly taken control over thousands of hectares of customary land in Central Maluku. The Agrarian Law states that customary land owned by tribal peoples are prohibited to fall into direct ownership by individuals. Customary lands may become individually owned if and only when its status had transformed into state land. Other rulings, including the Village Law, reinforces the ban on individual ownership.

Customary tribes in Central Maluku are in existence to this day. One is the Patuanan Negeri Kobi. This was the reason the Nusaina Group formed a partnership with the tribe when they decided to start an oil palm plantation. But assumedly, the presence of Nusaina in Maluku was taken advantage of by certain speculators to seek profit. They bought off tribal lands for cheap, then established partnerships with Nusaina.

Ahmad Dani Boiratan related how he often introduced the clansmen with potential land buyers. One such person was Wiryananda Mulasimadhi, a.k.a. Wiseng. Wiseng is known for being one of the biggest landowners in Central Maluku. “I also offered landplots to several other businessmen besides Wiseng,” said Dani.

The emergence of land grabbers are considered to have instigated a conflict in Central Maluku. They demanded a cut from plantation profits from the Nusaina Group. Their presence has also blurred the status of the plantations. “This is all because certain individual clansmen sold customary lands for personal gain,” said the Chief of the Patuanan Negeri Kobi Government, Mustafa Kiahaly.

Overgrown bushes cover Lot No. III in Seram Utara Timur Kobi subdistrict. Only three trees stand on the uncultivated land. Wiryananda Mulasimadhi alias Wiseng is the owner. “I purchased the land in 2008 from a local,” Wiseng told Tempo, on June 26. Wiseng, 62, and his family, are believed to have control over 4,100 hectares of land in Central Maluku. His lands are spread from Seram Utara Timur Kobi to Seram Utara Timur Seti subdistrict. The entire holdings fall within the Nusaina Group plantations. Yet, only some 1,600 hectares are currently planted with oil palm.

The businessman originally from Makassar has always resided in Seram Utara Timur Kobi. He owns a store selling fishing equipment and basic necessities. He had actively sought out landowners since Sihar Sitorus announced his plan to open an oil palm plantation. “The annoncement then basically said, as we jiggled our legs, money would come pouring in from the oil palm trees,” he said.

He purchased the surrounding lands from clans people in the vicinity. Wiseng claimed most of the Timur Kobi people said the reason they were selling was they needed money to educate their children. In 2008, one hectare of land went for Rp350,000. Land prices surged 10-fold in 2013.

Despite the price hike, Wiseng continued to buy up land. “I did all the paperwork, from the purchase certificate to the deeds and act of ownership, in compliance to Nusaina’s behest for eligibility for a partnership,” he said. 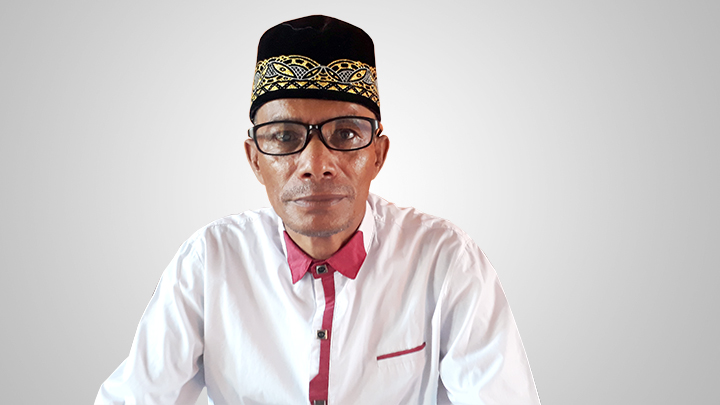 Nusaina employed a partnership scheme to conduct their plantations in Central Maluku. The scheme was they would manage the land and plantation, and the yield would be shared by 70:30. The land owner would get 30 percent of the total plantation yield.

Sihar Sitorus has reserved the profit-sharing cuts portioned for lands he deemed problematic. Nusaina uncovered data on 4,130 hectares of contended customary land controlled by Wiseng and his family. “In the meantime, some portions had already been planted with oil palm trees,” he said.

He sent off a letter to the Central Maluku Regency government to umpire the ‘conflict’. Sihar refused to pay the profit dividends to the Wiseng family. “We prefer to spread prosperity among tribes people, not persons in direct violation of the law,” he said.

CHIEF of the Patuanan Negeri Kobi Government, Mustafa Kiahaly, and team, went to the Central Maluku Police Station on December 20, 2019. They registered a grievance and at the same time made a report about speculators who allegedly grabbed Patuanan Negeri Kobi customary lands.

But the four-page letter did not mention specific names of the land grabbers. “We only desire that our customary land be returned to the Kobi,” said Mustafa, on June 26. Neither did Mustafa draw out how large a portion of the Kobi lands had changed hands. The process of land transference occurred in the period between 2008-2013, when Patuanan Negeri Kobi was led by Sedek Kiahaly, who died in 2014. “My predecessor signed the papers and unfortunately did not file the sales documentation,” he said.

Wiseng showed one of his purchase documents for four hectares of Kobi land. The transaction occurred on March 16, 2009. The letter states that Wiseng purchased a customary land from a person of the Kobi clan. The then chief of the Patuanan Negeri Kobi, Sedek Kiahaly, signed the invoice and the land transfer document. “I never forced any of them to sell me the land,” said Wiseng.

Aside from handing over money, some purchasers bartered customary land in Central Maluku with goods. Halimudin, for instance, redeemed 173 hectares of land owned by a clansman with a Toyota Avanza SUV. He claimed Sedek Kiahaly also signed off the purchase document. “I would only buy land for oil palm. If not for that, why would I want to buy it?” he said.