The Land Transfer of RRI


The Tempo magazine wrote about the land transfer of Radio Republik Indonesia (RRI) to the religious affairs ministry in its June 30-July 6, 2020 edition in an article titled Up in the Air for RRI. I would like to comment on this report.

THE former land of RRI in Cimanggis, Depok, West Java, covering 150 hectares belongs to the state. Its management was turned over to the information ministry, in this case the electronic mass media project. At the time, RRI was a working unit of the directorate-general of radio, television and film, at the information ministry.

RRI changed into a service company in the period of President Abdurrahman Wahid, later becoming the Public Broadcasting Agency in 2002. Therefore, all the assets of RRI are inseparable part of the state. RRI only manages the assets with the status of the right of use rather than ownership.

With the status, the state has the authority to transfer its management to another institution of ministry according to necessity and designation. The government plan to build the Indonesian International Islamic University (UIII) campus is no exception.

As planned, around 4.7 hectares of the land will be used by RRI for the development of its broadcasting transmitter based on digital terrestrial technology. This technology will replace the short wave transmitter previously used for its international broadcasting, the Voice of Indonesia.

The short wave technology will be abandoned because of its big operational cost and low quality of sound. The spare parts and equipment for this transmitter are also hard to find on the market. So the application of the latest digital terrestrial technology, requiring no extensive land, is the right choice.

Budgetary support worth Rp325 billion has also been prepared by the central government for the technological development. But the budget allocation disbursed for the fiscal year of 2020 was withdrawn to the amount of Rp237 billion by the finance ministry for the the Covid-19 epidemic mitigation efforts.

For RRI, the status transfer of state land management has caused no state loss. It is because the approval to transfer the land has gone through consultation and obtained approval recommendations from the finance ministry, the House of Representatives (DPR) and the RRI supervisory council.

Thank you for your explanation. What you have conveyed was already included in the article—Ed.

THE crash of an Indonesian Air Force fighter recently gave reason for concern. Is it true that it was due to minimum maintenance?

If Indonesia wishes to prosper and be free from the trap of leakage of the state budget, the performance of state-owned enterprises (SOEs) should be tightly supervised. The executive boards and commissioners selected should really be those capable of working to the fullest! Very large budget funds have so far been spent on financing SOEs expected to help the state create prosperity for all citizens and open maximum employment.

The state has been ‘too kind’ to allow SOEs to show poor performance for decades. What they display to the public have always been losses and executives’ corruption. Are we not getting bored of this? Do we reserve our conscience to jointly improve and control them?

If SOEs like Kereta Api Indonesia and Pelayaran Nasional Indonesia are subsidized by the government, the public can understand, because it is the government’s obligation to make both SOEs offer affordable fares to the public. Nevertheless, the two enterprises should still be controlled to prevent their fund leakage from increasing every year.

But if such SOEs as PLN, Garuda, Krakatau Steel, Pertamina and Perumnas continue to be subsidized, the government seems to cause public disappointment. The public is forced to pay taxes but the benefits from the taxes are not enjoyed by the public, squandered by the SOEs with frequent losses.

Tourism in the New Normal Period

TOURIST attractions built by members of the Indonesian Family Recreation Association (ARKI), comprising theme parks, waterparks, game arcades & family entertainment centers and trampolines are among the most favorite destinations in Indonesia but they get the hardest hit before and after the imposition of the large-scale social restrictions (PSBB). For almost four months this business has ceased the operation while the firm managements have had to pay employees’ salaries, mall rents and service charges with no revenue being earned during those months.

The investment for these attractions is worth more than Rp100 trillion, contributing over Rp1 trillion entertainment tax annually, employing 50,000 workers and generating over 100 million visits by domestic tourists from Sabang to Merauke. Regional governments are still doubtful about reopening these attractions although President Joko Widodo in his message at Summarecon Mall in Bekasi, West Java, on May 26 affirmed that the government wanted to reinvigorate economic activities but health protocols should continue to be observed.

The President guaranteed to deploy the Indonesian Military (TNI)/National Police personnel in entertainment locations to ensure public discipline in following the health protocols already mutually agreed upon. ARKI has formulated operational protocols for the new normal period in line with the standards of the International Association of Amusement Parks and Attractions and the circular of the health ministry and the creative economy and tourism ministry.

Hopefully regional governments will be convinced and optimistic that the economy is going to regain its vigor. Some 80 percent of workers being laid off can then resume their jobs. The success of reopening attraction places in the new normal period depends on two inseparable sides, which are tourism management firms along with supervision or control by regional tourism offices and the TNI/Police. Otherwise, the second wave of Covid-19 would arise as was the case in South Korea and Japan. 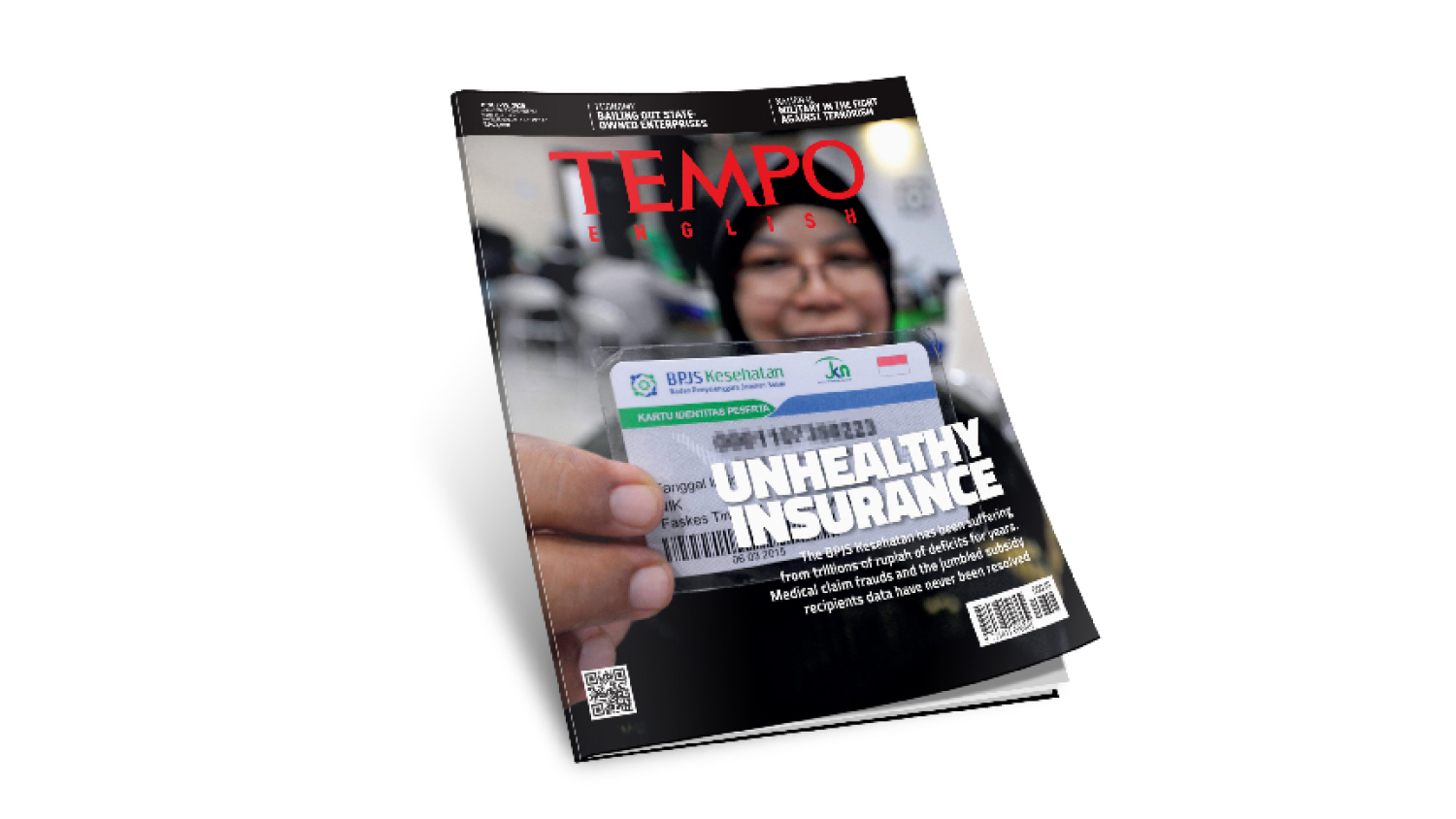 IN the article BPJS Leaking Money of the June 9-15, 2020 edition, there is a mistake regarding figures. It is written, “...and despite the chronic annual deficit, the BPK found that the agency’s directors continue to receive incentives—in 2017, it reached Rp285.2 billion.” The figures should have been Rp264.2 billion and it was distributed to employees, not the directors.

We apologize for the mistake—Ed.