Hazy Memory of a Bribe Recipient

They came on behalf of the Civil Society Coalition for Corruption Monitoring and Clean Courts. The coalition regards the sentence by the Pekanbaru Corruption Court’s panel of judges who set free Suheri Terta as potentially in violation of ethics. The report is currently being verified in Jakarta. “We are looking into it,” said Judicial Commission Chairman Jaja Ahmad Jayus, on October 10.

The Pekanbaru Corruption Court exonerated palm oil businessman Suheri Terta on September 9. His accusation was bribing Riau governor of the February-September 2014 period, Annas Maamun, a sum of Rp3 billion in Singaporean dollar currency. The money was allegedly part of a total Rp8 billion promised to Annas as his ‘portion’.

The panel of judges chaired by Saut Maruli Tua Pasaribu, with members Sarudi and Darlina Darwis, deemed the bribery accusation against Suheri inconclusive. The judges concluded Suheri proven not guilty of submitting Rp3 billion through Gulat Medali Emas Manurung, Annas’ trusted right hand man. “It has not been proven legally and bindingly that he is guilty of the crime drawn up in the first and second alternative accusations,” said the verdict. 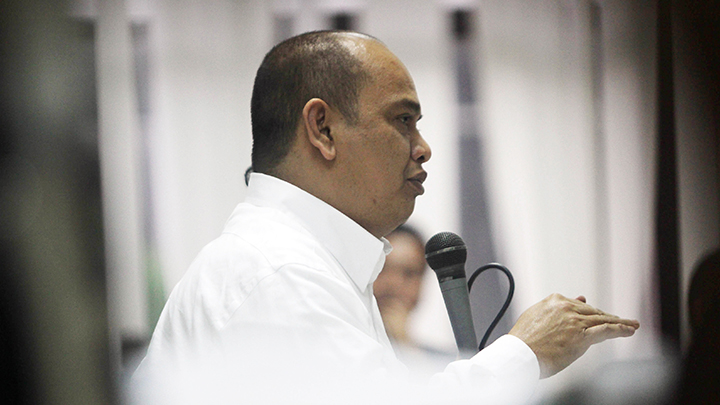 The Corruption Eradication Commission (KPK) named Suheri Terta a suspect for bribing Annas Maamun in June last year. The action was the follow up of a sting operation against Annas and Gulat Manurung in Cibubur, East Jakarta, on September 25, 2014.

Investigators discovered several evidence and testimonies of bribery by Suheri. Accompanied by Gulat Manurung, Suheri once paid Annas Maamun a visit at the governor’s official residence on August 20, 2014.

In the meeting, Suheri cited his company’s desire to obtain a recommendation releasing 30,000 hectares of forest land in the Indragiri Hulu Regency, Riau. He was the legal manager for Duta Palma, a subsidiary of Darmex Agro.

The court has already sentenced Annas and Gulat Manurung with seven years and three years imprisonment respectively. Annas and Gulat have now been released from prison. In the verdict against Annas and Gulat, said Jeffri, Suheri’s act of bribery came out loud and clear. Annas and Gulat mentioned Suheri by name as a party who had made a bribe.

The same testimonies were again cited by Annas and Gulat when testifying in Suheri’s court case. This is why the Civil Society Commission considers the sentence is unusual. “It is odd when the bribe recipient was found guilty while the bribe-giver is allowed to go off scot-free,” said Jeffri.

In the verdict file, the panel of judges made issue of the differences in dates regarding submission of the bribe and the testimonies cited by Annas and Gulat. Annas’ testimonies often changed. The judges suspected Annas had a memory lapse problem.

Annas Maamun is currently 80 years old. He was on record as the oldest governor in position at the time. Using health reasoning, President Joko Widodo reduced Annas’ prison sentence to six years in October 2019.

Annas attended a special plenary meeting to celebrate Rokan Hilir Regency’s anniversary at the Regional House of Representatives building on October 4. “He could remember very well about things that had happened in the past,” said Jeffri. 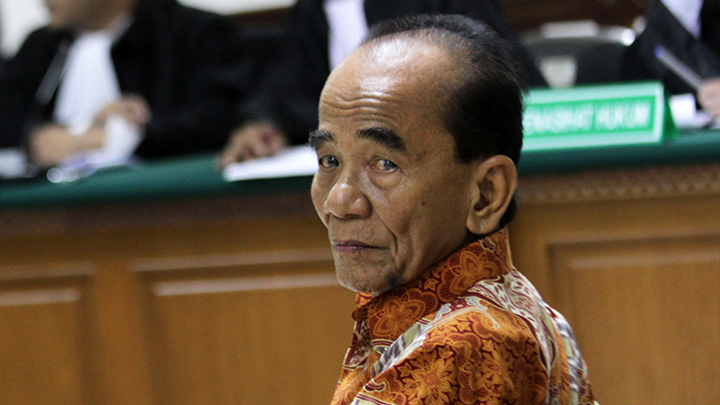 A video uploaded in a Facebook account on October 5 showed clips of recording of Annas’s current condition. In the video, Annas reminisced about the part his ancestors played in the fight against the colonials. “How could the judges think he is no longer capable of remembering things clearly?” asked Jeffri.

Meanwhile, Suheri has a bad record in the oil palm plantation business. He holds a status of convict in the case of forest fires in Pelawan Regency, Riau, in 2009. The Supreme Court in the cassation verdict sentenced Suheri to one year imprisonment and a fine of Rp100 million in 2015. He went on the run after the verdict. The Riau High Court caught Suheri in May 2019.

Suheri is suspected of going on the lam together with the owner of Darmex Agro, Surya Darmadi. The KPK had also named the oil palm tycoon as suspect for bribery in the Annas Maamun case. The bribe money of Rp3 billion was allegedly came from Surya. The man also once met with then forestry minister, Zulkifli Hasan. During Suheri’s court hearing, Zulkifli admitted to having met with Surya and mentioned about the releasing forestry holdings permit in Riau.

The KPK, he said, contends the verdict given to Suheri as strange. “The judges did not consider the facts in court from verdicts in previous cases,” said Ali. The Supreme Court verdict against Annas, for example, clearly stated the money originated from Duta Palma.

The prosecutor has also submitted evidence of Suheri’s involvement, in the form of letters, wiretap recordings, and several items proving the plan to conduct bribery. These pieces of evidence had already resulted in imprisonment of Annas and Gulat.

Spokesperson for the Pekanbaru District Court, Mangapul, was reluctant to discuss the Civil Society Coalition’s report to the Judicial Commission. To his view, the panel of judges in Suheri’s case has already reached a verdict based on facts in court. “Just take a look at our consideration. It is very clear where the verdict should be,” he said. 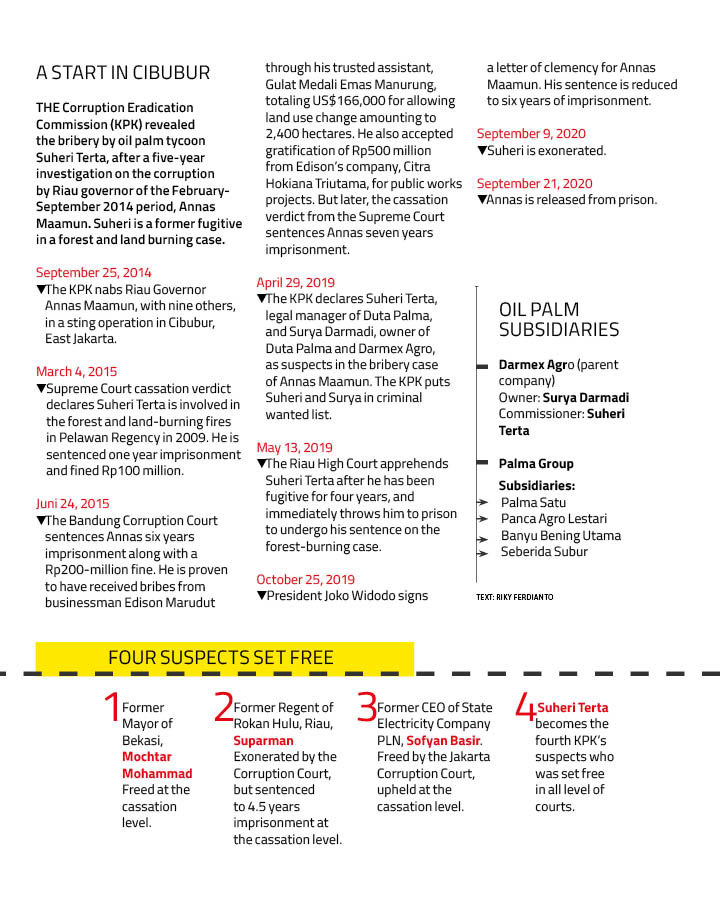 Noviar Irianto, Suheri Tirta’s lawyer, considered the judges’ verdict to be appropriate. To him, the decision to exonerate Suheri has beat down the assumption that all defendants in corruption cases are always guilty. When a defendant wins, he said, it is usually because the prosecutor is incapable of providing enough evidence in court. “We hope the Supreme Court will be consistent in reviewing the principle of evidence verification,” he said.

Jikalahari Deputy Coordinator, Okto Yugo Setyo, said Suheri is not entitled to be exonerated. He pointed out that the subsidiary companies involved in Annas Maamun’s bribery are still in operation in Rokan Hulu Regency. They are allegedly already planted oil palm trees without permits. “Our studies show, their activities are causing losses to the state amounting to some Rp75 billion annually,” he said.