Land of the Rakyat Penunggu customary community in the Langkat Regency of North Sumatra was taken over for the sugar self-sufficiency project carried out by Perkebunan Nusantara II. Residents were intimidated and promised lands and employment in order to go along with the plan.

GUNSHOTS could be heard several times in Durian Selemak hamlet, Wampu subdistrict, Langkat Regency, North Sumatra, on September 28. Shots were fired into the air when officials from Perkebunan Nusantara (PTPN) II used a bulldozer to decimate the planting fields and over a dozen homes of people of the Rakyat Penunggu customary community. Locals who initially obstructed the advance of the heavy machinery scattered once they heard the gunshots.

Mahyuni, head of Durian Selemak hamlet, said that at least 15 homes of the Rakyat Penunggu community were razed to the ground. Their corn plants were also uprooted. According to him, at least 120 families were driven out of a 117-hectare-area during this operation. “We had asked the company to wait for the legal process (to complete), but we were ignored,” said Mahyuni on Wednesday, December 16.

Clearing lands belonging to the Rakyat Penunggu in Durian Selemak is a part of a sugarcane plantation development project done by PTPN II, in support of the nation’s sugar self-sufficiency program. The government is targeting sugar self-sufficiency by 2023. President Joko Widodo has repeatedly asked his administration to achieve this as quickly as possible, as about 3.7 million tons of sugar are imported each year to meet domestic demand.

According to Mahyuni, based on stories from their ancestors, previous generations of the Rakyat Penunggu people have been inhabiting and farming the land there since the times of Dutch colonization. Their ancestors worked on the fields previously owned by the colonial government which planted the area with tobacco after the harvest. They call that land jaluran. “It was passed down to us by our parents,” he said.

That eviction which took place at the end of September was not the first of its kind experienced by the Rakyat Penunggu community. After Indonesia’s independence, the Rakyat Penunggu obtained some of the lands once worked by the colonial government. After the September 30 Movement in 1965, the government attempted to forcibly retake the land from the people. 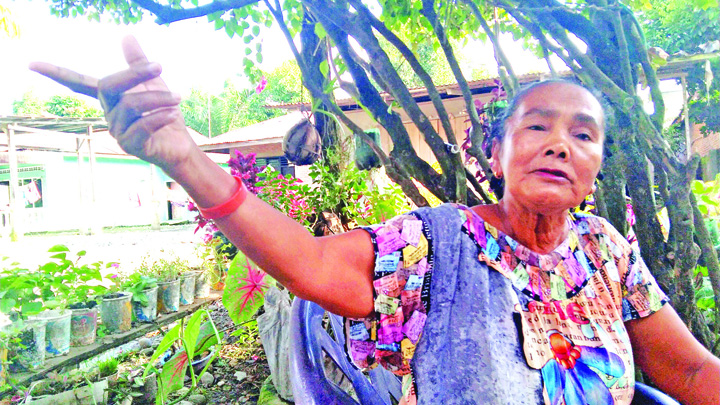 Those who refused to relinquish the land were labeled as being Indonesian Communist Party (PKI) sympathizers. Conflict with the company erupted at the start of the reformasi period at the end of 1990s. Things remained quiet for two decades, until the dispute resumed last September.

Mahyuni said that PTPN II never informed the people about the plan to build a sugarcane plantation. Some company banners, claiming ownership of the land and announcing the planned clearing of the land for a sugarcane plantation, suddenly appeared on some trees in Durian Selemak on September 27—a day before the clash with residents took place. PTPN II is claiming the land in question based on a business usage rights certificate.

Fighting back against the company’s claim, residents raced to put up signs next to PTPN’s banners, stating ownership of their ancestral land. Those signs were gone when Tempo visited Durian Selemak on December 15-17.

Mahyanun, a member of the Rakyat Penunggu in Durian Selemak, is one of those who have been affected. Her home and 4,000-square-meter planting field was flattened. She usually plants various crops and makes money by selling corn after the harvest.

Today she has no home or source of income. “Our children have evacuated to the home of our in-laws,” said the 64-year-old woman.

Mahyanun continues to fight back against security personnel and PTPN II. A clash between the Rakyat Penunggu community and officers took place for three days, starting on September 28. The conflict climaxed on September 30.

Residents, who only carried flags of the Penunggu People’s Struggle Agency of Indonesia, faced off against the authorities, who were guarding the advancement of the bulldozer. According to Mahyanun, some people who took part in this opposition were injured after being struck with rifle butts.

Pertumbukan hamlet—which is a 10-minute drive by motorcycle from Durian Selemak—was also affected by the land clearing done by PTPN II. The residents are also a part of the Rakyat Penunggu customary community. M. Husni, head of Pertumbukan hamlet, witnessed the company as it mobilized hundreds of officers.

Husni watched the troops who dressed in army uniform and were armed. He was surprised to see them. “We are not rebels. We plant in order to eat,” he said.

Not wanting to go up against the authorities, residents of Pertumbukan allowed the heavy equipment to bulldoze their fields. Two weeks after the officers had gone, Husni told the residents to replant the land which had been commandeered by the company with banana trees. A few days later, those troops returned and cut down all the banana trees.

Husni noted that at least 148 families in Pertumbukan have been affected by PTPN II’s sugarcane plantation project. Their homes and fields have been destroyed. Those fields can earn them up to Rp5 million each harvest time. Now they have no source of income.

Husni said that the company had offered him eight hectares of land. The condition was that he stops fighting back against the company. On top of that, the company envoy also met the heads of some other neighborhoods, offering them motorcycles and salaries to protect the land. “Another time, I was threatened with being arrested by the authorities,” he said. 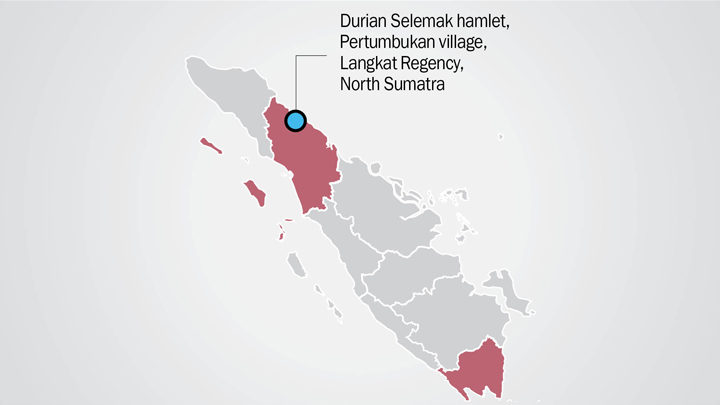 Colonel Sus Aidil, chief of general information for the Indonesian Military’s (TNI) information center, said that he does not know of any mobilization of military personnel in the area of conflict between the Rakyat Penunggu community and PTPN II. Brigadier Gen. Nefra Firdaus, chief of the army’s information office, asked us to clarify the issue to the officers at the Bukit Barisan 1st Regional Military Command. “Just ask the local regional military command’s chief of information,” he said. Meanwhile, some cellular phone numbers belonging to Col. Zeni Djunaidi, chief of the information office of the Bukit Barisan Regional Military Command, were not active when contacted as of Friday, December 18.

Imelda Pohan, corporate secretary of holdings for Perkebunan Nusantara, which oversees PTPN II, promised to respond to questions in writing, but never sent any replies as of December 19.

At a press conference held at the office of the Langkat Police department on September 30, PTPN II’s lawyer, Sastra, denied the news that the company and authorities used violence when clearing land at Durian Selemak and Pertumbukan. According to him, PTPN II is only trying to protect its assets.

Residents of Durian Selemak and Pertumbukan have reported the case of evictions and suspected use of violence by the authorities to the National Commission on Human Rights in Medan on October 13. Ahmad Taufan Damanik, chairman of the National Commission on Human Rights, who received the complaint from the Rakyat Penunggu customary community, asked the authorities to protect residents. He also promised that the Commission will follow up on the report filed by the Rakyat Penunggu community.

Two months after the conflict in Durian Selemak began, President Joko Widodo invited some civil society groups in the land reform sector to two meetings held at the State Place, on November 23 and December 3. Dewi Kartika, secretary-general of the Agrarian Reform Consortium, who attended both meetings, said that Jokowi promised to settle land conflicts which are related to state-owned companies, such as in Durian Selemak and Pertumbukan.