The House of Representatives is preparing to fast-track the discussions on the New and Renewable Energy Bill. Some new ideas are not accommodated.

HALIM Kalla’s plan to build a wind farm in Konawe, Southeast Sulawesi, has only entered the feasibility study stage. Designed to have 30 to 40 megawatt (MW) capacity, the turbines will be built in cooperation with a German company. On the same hillside, Halim—the youngest brother of Jusuf Kalla—also plan to build a mini hydro power plant with an estimated capacity of 5 MW.

Halim, Deputy Chair of the Indonesian Chamber of Commerce and Industry’s (KADIN) Renewable Energy and Environment Division, said there are other green energy projects ready to actualize. The problem is, as with other developers of new renewably energy, Halim is still waiting for legal certainties—especially regarding the price of electricity. Price will affect the economic value of a project, as it is one of the items in banks’ credit assessments. “It depends on the purchasing price from PLN. Without knowing the price, how would we be able to project the revenue?” Halim said on Friday, January 29. PLN is the state electricity company.

Regulatory uncertainties, especially regarding the purchase price of electricity by PLN, have indeed become a major hindrance in new and renewable energy business development. In last September, the government finally said that they have prepared the presidential regulation draft to strengthen existing provisions which are of ministerial level. Whilst the presidential regulation is still not out of the bag, a new regulatory plan has emerged in the shape of the New and Renewable Energy Bill. The idea is that a specific law will better protect efforts to develop the eco-friendly energy sector, which to date had only been referring to the Energy Law.

The House of Representatives (DPR) had actually initiated the bill last year. A number of public consultation meetings were held to prepare the draft. However, it was not until January that the discussion plan became clear. On Tuesday, January 26, the DPR Expertise Agency presented its latest draft of the bill, plus its academic texts, to Commission VII, which, among other things, is in charge of the energy sector.

Indonesia needs to move faster in pushing the use of new and renewable energy, especially in order to meet the Paris Agreement, which forces all countries to play a part in curbing the effect of climate change and global warming. To meet its commitment of reducing emissions by 29 percent by 2030, the Indonesian government is targeting new renewable energy to contribute 23 percent to the national energy mix. Indonesia calculates that it needs 9,000 to 10,000 MW of additional renewable energy generating capacity over the next four years. However, judging from trends in the last four years, new and renewable energy plants are estimated to raise capacity by only about 2,500 MW in 2025.

Halim Kalla said it is not easy to seek funding for power plant constructions. Although several European countries have made offers, especially for renewable energy projects, economic issues remain a major consideration. Halim might get a loan from a German financial institution for his wind farm project, assisted by his development partner, also from Germany. Meanwhile, the construction of a mini hydro power plant will use domestic financing, as it does not require as much investment.

The Energy and Mineral Resources Ministry has identified the financing access as one of the obstacles in developing new and renewable energy. Prahoro Yulijanto Nurtjahyo, the ministry’s Chief of Human Resources Development Agency, said the reason for that is the assumption that green energy is a high-risk sub-sector. “The high cost of financing, financing institutions’ limitations for providing long-term financing, and risk aversion. These are obstacles spread across all phases of renewable energy projects,” he said at the end of last year.

Recently, a new hope emerged. Technological advances and wide-scale use are expected to reduce the cost of investing in renewable energy, especially for solar and wind power plants. The Institute for Essential Services Reform (IESR), a research and advocacy institute engaged in energy and environment issues, noted that in just one decade, from 2010 to 2019, the price of solar panels fell by 89 percent, while the price of wind turbines has decline by 59 percent.

The problem, he said, is that investment in the renewable energy sector is not only related to equipment prices. There are also infrastructure aspects to consider. To build a power plant in Southeast Sulawesi, for example, he had to first build roads. “My equipment were shipped from Germany to the port, and then transported to the site. That cost a lot,” said Halim.

THREE institutions; the Indonesian Renewable Energy Society (METI), the Indonesian Electrical Society (MKI), as well as KADIN, realized that their proposals were not included in the latest draft of the New and Renewable Energy Bill. They had suggested that the new law also regulates the establishment of an executing agency for new-renewable energy that ensures the transition from fossil energy to new renewable energy goes well.

They conveyed the suggestion during a public hearing with the DPR Energy Commission in September last year. MKI Secretary-General, Andri Doni, said that the idea was also supported by several members of the Energy Commission. Ratna Juwita, a commission member from the National Awakening Party (PKB) Faction, and Kardaya Warnika from the Greater Indonesia Movement Party (Gerindra) Faction, are among those who supported the proposal. 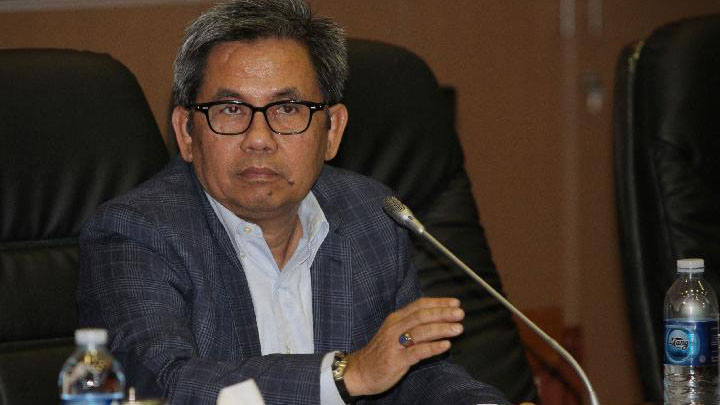 METI Executive Director Paul Butarbutar ensures that his institution would not be discouraged. He plans to propose the idea again in various public consultations with the DPR. He said that the PKB Faction scheduled a discussion on Tuesday, February 2, to discuss this input. “The formation of a governing body is very crucial,” he said. The same thing was expressed by Andri. “This is just a draft, it’s not final. We will go all out.”

According to Paul, the proposed special agency concept is the same as the Upstream Oil and Gas Executive Agency (BP Migas), which has been renamed as the Upstream Oil and Gas Special Regulatory Task Force (SKK Migas). SKK Migas’ presence has been one of the main factors in accelerating oil and gas investments in Indonesia. “The same (agency) is needed in the new renewable energy sector,” he said.

Another new provision is the nuclear regulation. In the draft, nuclear is categorized as new energy. Article 7 of the draft states that the construction, operation and decommissioning of nuclear power plants is carried out by special state-owned enterprises. But the decision to build the power plants lies in the hands of the central government after obtaining approval from the DPR.

The clause on nuclear was debated during DPR meetings. Even the bill’s title was debated, suggesting the name changed. Kardaya, for example, is of the opinion that matters related to nuclear should not be included in the bill, because it is regulated separately in Law No. 10/1997 on nuclear energy. “Nuclear is categorized as new energy because we don’t have it yet,” he said. Therefore, he suggested that the bill renamed as the Renewable Energy Bill. “This is what is common in many countries.”

METI also agrees that the bill should focus on regulating renewable energy. The reason being, METI Chairman Surya Dharma said, is because the international world does not recognize new energy. “What they know is renewable energy,” he said. Another reason is because renewable energy is the only sector that does not have a special legal umbrella—except for geothermal, which is government by a separate law.

THE regulation that renewable energy developers are waiting for is actually the presidential regulation on the purchase price of new and renewable energy electricity by the PLN. A draft of the new regulation was actually completed, ready to be signed since September last year. But, to date, there has been no news about a plan to issue this regulation.

In the final draft of the presidential regulation, the government classified prices into three groups: the feed-in tariff, the highest benchmark price (HPT), and the agreed price. In the feed-in tariff scheme, there is no negotiation, nor is there any escalation for the sale-purchase agreement period. This presidential regulation will simultaneously act as a price approval from the minister.

The feed-in tariff scheme is applied for the purchase of electricity generated by power plants with a capacity of up to 5 MW. The types of the power plant include hydropower, solar, wind/turbine, biomass, biogas and geothermal.

The HPT scheme uses negotiations with an upper limit that refers to the highest benchmark price set in a presidential regulation. The price formula includes a non-escalation scheme for the power purchase agreement term. Specifically for geothermal plants, escalation during the period of the electricity or steam sales contract is enforced.

The last scheme is the purchase of electricity based on the agreed price, a.k.a. through negotiations. The result of the agreement must be approved by the energy minister.

What is interesting about the draft, Halim Kalla said, is that the government plans to set high electricity prices in the first 10 years of operation. That way, investors will have the ability to repay loans. Furthermore, the electricity price would be reduced gradually from the 11th to the 30th year. “That’s not a problem. The important thing is that investors would have had their investments returns,” Halim said.