The initial policies of the central government were deemed ill-suited. One of them is the hospital on Galang Island, whose planning is considered premature. Coordination between central and local governments in handling the pandemic is not very good.

FOUR officers passed by at the post gate 2 of the Special Hospital for Covid-19 Infection on Galang Island, Batam, Riau Islands, on Wednesday, March 10. Sometime, the officers, two of whom were dressed in Indonesian Military (TNI) uniforms, chatted with each other. No ambulance or bus was seen carrying Covid-19 patients in and out of the hospital. The ones that often go back and forth to the health facilities were motorbikes.

Similar conditions were also seen at another entrance, post 1 which was closed. From that place, Tempo had a chance to see the intensive care unit (ICU). There was no activity in the room containing 20 beds. According to Col. Khairul Ihsan Nasution, Head of the Galang Island Special Hospital for Infection, the lack of activity was due to the decrease in the number of Covid-19 patients. “The decline has reached 80 percent,” he said when contacted on Thursday, March 12.

On that day, Khairul said, 56 Covid-19 patients were undergoing treatment. The figure is much different when the hospital began operating in April 2020, with 300 patients. Meanwhile, according to Khairul, there were currently 235 suspected patients, all of whom were Indonesian migrant workers. 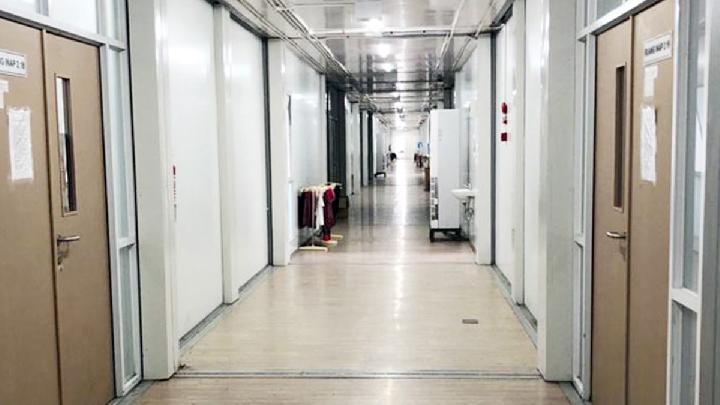 A vacant corridor in the Covid-19 Hospital on the Galang Island, Batam. Special Photo

The problem is, the location of the hospital is too far from residential areas. Sarma Haratua Siregar, a Batam City resident who was a Covid-19 positive patient last November, said that after testing negative for the SARS-CoV-2 virus, he was allowed to return home. However, there were no bus or ambulance facilities to take Sarma back to his house.

Initially, Sarma checked the return fare to Batam City on an online transportation application. According to him, car transportation cost Rp500,000, while motorbikes Rp300,000. Because of the high cost, he waited a long time so that his family, who were working, could pick him up. “You can imagine people who don’t have vehicles,” he said.

As for the hospital facilities, according to Dewi—not her real name—still required improvement. When she was admitted on September 26, last year, she had difficulty finding a nurse and obtaining oxygen assistance. Melia, 26 years old, noted that the clothes worn by nurses and cleaning workers were similar. “I sometimes got mixed up when calling for them,” she said.

About patients’ transportation, Khairul said, he only reported to the city and provincial health offices regarding the patient’s release. “We received them on the spot and released them on the spot. However, transporting patients is not our concern,” he said. Regarding the facilities, according to Khairul, he and his colleagues have done their best.

Chief of the Batam City Health Office, Didi Kusmarjadi, said that the responsibility for transporting patients was in the hands of the city government. However, according to Didi, since the end of last year, the city government could no longer provide pick-up facilities because the budget had run out. According to him, the existing infrastructure in Batam City should be able to accommodate Covid-19 patients. “We still have haj dormitories and apartments. But, we don’t have the people to be seconded there, nor the time,” he said.

An epidemiologist from the Faculty of Public Health, University of Indonesia, Pandu Riono, said that the construction of the Galang Hospital was one of the policies that had not been properly planned because it did not use data or listen to the experts. “The hospital should be built in each region,” he said.

Pandu also highlighted several decisions of the central government which he considered irrelevant and needed scientific evidence. He gave pointed out to the making of drugs for Covid-19 and the policies of the central and local governments which often go out sync with each other. The collaboration to manufacture drugs for Covid-19 between the University of Airlangga (Unair) in Surabaya with the State Intelligence Agency and the TNI, had stirred up a furor last August as it was said to be mass-produced immediately.

At Unair, drug research is divided into two: the new development drugs and the combination drugs from the existing antiviral medicines. According to the Head of Combined Drug Research Team, Purwati, the research had been completed and the results had appeared in international journals. Meanwhile, Head of the New Drug Development Research Team Nyoman Tri Puspaningsih said that currently the drug is still being researched to increase the purity by 91.5 percent. “We want all to be recorded,” said the Professor of the Faculty of Science and Technology of Unair on March 12.

Another problem is the lack of coherence between the central and provincial governments. West Java Governor Ridwan Kamil said that at the start of the pandemic, he felt that coordination between the regions and the central government was not running smoothly. One of them was regarding the large-scale social restrictions (PSBB) policy which must be approved by the health ministry. According to Ridwan, the process for the PSBB request was lengthy, and once West Java obtained the PSBB permit, other regions did not carry out the same thing. “So you could say that the restrictions were minimal,” he said.

Ridwan also said that this coordination problem began to improve when the Coordinating Minister for Maritime Affairs and Investment Luhut Binsar Panjaitan began to lead the handling of Covid-19. President Joko Widodo also complained about the lack of cohesiveness between the central and regional governments when gathering former spokespersons for the 2019 Presidential Election National Campaign Team at the Palace on January 28. “The President said there were orders from the central (government) that were not carried out by the regional government,” said Irma Suryani Chaniago who was present at the meeting. 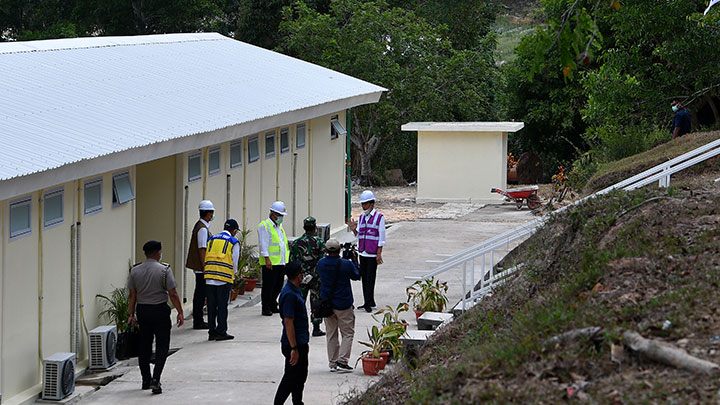 In addition, according to Ridwan, for over a year after the pandemic started, the problem of one data remained significant. Ridwan said on February 2 that he and four other governors were summoned by Jokowi. There, according to Ridwan, he was asked by Jokowi about the increasing positive number of Covid-19 in West Java. Ridwan then replied to Jokowi that the figure was the September-December data that was only published in early 2021. “The point is that a lot has to be improved, don't be overly optimistic,” he said.

Spokesperson for the Covid-19 Mitigation Task Force Wiku Adisasmito said that the government’s mistake was not to implement policies on the community activity restrictions (PPKM) and Micro PPKM since the beginning of the pandemic. “If PPKM and Micro PPKM were implemented since the beginning of the pandemic, we would not have experienced conditions like today. But it couldn’t be done because it needs consensus,” said Wiku via a video conference on March 11.

Wiku pointed out another mistake, namely the collective policy to have long holidays. According to him the government created such policy to follow people’s demand. “Today, to decide that tomorrow (after the Ascension of the Prophet Muhammad holiday) is not a holiday we must be careful to prevent public protest,” he said. In fact, said Wiku, he often provided data that the number of death in a month with no long holidays is around five to 900 people. That number would increase to 1,000 to 2,000 people in the month with long holidays.