The fatwa (edict) commission of the Indonesian Ulema Council (MUI) declared the AstraZeneca Covid-19 vaccine haram (forbidden by Islamic law) because it used trypsin enzyme from pigs in its viral multiplication process. The fatwa runs counter to the drug monitoring agency (BPOM)’s ruling that the enzyme is already broken up thus no longer present in the vaccine making process. Penny Kusumastuti Lukito, Chair of BPOM, considers the end product to be free of porcine material. Given the limited supply of halal (permissible by Islamic law)-certified vaccine Sinovac, the government has no choice but to turn to other vaccines including AstraZeneca. 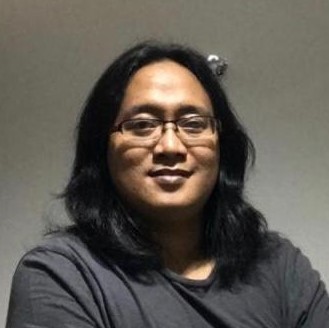 UNLIKE Sinovac, AstraZeneca vaccine’s entry into Indonesia has been an uphill climb. A total of 1.113 million doses which arrived on March 8 from the United Kingdom cannot be used pending the issuance of a halal (permissible by Islamic law) edict by the Indonesian Ulema Council (MUI).

Although Penny Kusumastuti Lukito, Chair of the Food and Drug Monitoring Agency (BPOM), had signed the emergency use permit for AstraZeneca on February 22, she only announced it on the day after the vaccine arrived. During that period, the government had intense communication with the MUI for the halal fatwa (edict). Some BPOM officials even approached Vice President Ma’ruf Amin for his support in securing the ruling.

But all the lobbying went futile. On March 19, MUI’s fatwa commission declared that the AstraZeneca vaccine was haram (forbidden by Islamic law) because porcine trypsin was used in the viral multiplication process, however, it could be used in emergency. This ruling differs from BPOM’s which affirmed that the vaccine did not contain porcine material. “There is a stage where the trypsin enzyme is completely gone,” Penny Lukito explained during an interview with Tempo’s Devy dernis, Huseein Abri Dorongan, Raymundus  Rikang, and Stefanus Pramono on March 19.

Penny explained about the government’s communication with the MUI and the safety of AstraZeneca vaccine which has been suspended in several European countries. At the end of the interview, she also shed some light on the mayhem surrounding the Nusantara vaccine that did not pass the phase I clinical trial.

The MUI declared that the AstraZeneca vaccine is haram but it can still be used. How do you respond to that?

We indeed discussed the halal-haram issue with the MUI. AstraZeneca’s side explained about the technological aspects, etc. Cell multiplication requires additional substances such as trypsin enzymes. But there is a purification process afterwards.

The BPOM considers that the vaccine doesn’t contain porcine material?

I know the technological process. There is a stage where the enzyme is no longer present. The BPOM considers the end product to be free of porcine material. But we must not make assumptions about the MUI. All institutions have their own authorities and responsibilities. We respect MUI’s ruling just as BPOM’s must be respected.

Is MUI’s ruling satisfactory to the government?
That’s the health ministry’s concern. They will prepare a communication strategy. There are greater interests at stake given the pandemic. The country is not made up of just one group. The decision has been taken, so go ahead and use it.

We get information that the use of the AstraZeneca was delayed for two weeks while waiting for MUI’s edict.
The emergency use permit has nothing to do with the edict. As regards the time frame, I don’t know how the discussions within the MUI went. The discussion process (within each institution) went on each own but we kept communicating with the MUI. We informed them that we were ready to issue the permit. We were also invited to give clarification regarding the halal and emergency aspects and so on.

Why is it different from the permit for the Sinovac vaccine which was announced right after it was issued?
I think there is no strategic consideration in the timing difference. We treat all vaccines the same. Vaccines, which are also drugs, carry risks, therefore, they are highly regulated. There are safety aspects. We don’t want to see vaccines harm or sicken people. BPOM’s job is to ascertain that the vaccines used for the public are safe, of quality and efficacious. And the process for each vaccine is different. As regards Sinovac, the phase III clinical trial was conducted here. We received the AstraZeneca vaccine which already have WHO’s (World Health Organization) permit from Gavi via a multilateral cooperation. But all the vaccines must have permits from their respective national authorities.

BPOM seems very cautious about issuing the permit for the AstraZeneca vaccine.
We are cautious because vaccines, which are also drugs, are high-risk products, governed under stringent regulations. There are safety aspects. We don’t want to see vaccines harm or sicken people.

You were reportedly given a special assignment to communicate with the MUI.
Yes, not to influence the MUI, but to provide data relating to emergency edict. Vaccination is mandatory. It’s true we already have a halal vaccine, Sinovac but the supply is not enough to create herd immunity and we need to move fast. The vaccination program also needs a variety of vaccines. We can’t rely on just one. There will be more vaccines in the third and fourth quarters and so on. We also need to consider their risk-benefit profiles. Inevitably, we have to use the AstraZeneca vaccine.

We got information that the discussion with Ma’ruf Amin was a tough one.
The Vice President tried to help us find a way out. The government hopes that we see a more comprehensive picture with a higher sense of emergency. The conditions under the pandemic are clearly different from the normal ones. There needs to be a specificity to accelerate vaccination.

The halal-haram issue seems very sensitive?
We of course took this sensitive issue into consideration. I myself am not so rigid about it. I don’t eat pork but I put human life first.

Muslim countries such as Saudi Arabia and the United Arab Emirates do not raise the halal-haram issue of the AstraZeneca vaccine.
When we hosted the OIC’s (Organization of Islamic Cooperation) drug regulatory authorities in 2018 in Indonesia, the participants were shocked by how strict Indonesia was when it came to the halal-haram aspects of drugs. The UAE and Saudi Arabia had no such restrictions relating to drugs. Only Indonesia enforces halal-haram regulations. We have the halal product law. We in Indonesia certainly need it for safety and halal aspects.

The AstraZeneca vaccine has also run into safety problems in Europe because it was reported to cause blood clotting. How does BPOM respond to this?
Indeed, there are reports of adverse events following immunization (AEFI) in several countries. The batch that reportedly caused the AEFI was not the batch Indonesia received. But the BPOM is still cautious and will keep monitoring. Although we already issued the emergency permit, we put the vaccine on hold, but now everything has been resolved. The WHO has cleared it and the EMA (European Medicines Agency) has also ruled that the vaccine is safe for use. We’ve also issued a statement to that effect. In future, we will test each batch in lab to ensure its standards and efficacy.

How huge are the vaccine’s risks?
There’s no problem, according to the data. But based on the experience in Europe, recipients need to be screened carefully. For instance, it should not be given to people with blood clotting risks, or the elderly. The government will soon decide on it. For sure, we will be more cautious.

Should the people with congenital diseases or comorbidity not get this vaccine?
Maybe comorbidity that includes blood-clotting problems. Doctors would know that. This risk is controllable. For those who are still young and don’t have this problem can still get the vaccine.

So, is it quite safe?
God willing. Of course, everything has risks. All the vaccines are still in development. As long as experts deem that benefits of a given vaccine outweigh risks, we should use it.

Some view that the AstraZeneca vaccine has higher risks than Sinovac.
Don’t compare them like that. They used different vaccine platforms. Sinovac used inactivated virus. We are familiar with that technology which is quite safe and has been in use for a long time. Meanwhile AstraZeneca is a biotechnology company. As the technology is still new, we need to be more vigilant. We also don’t know yet its safety aspects in the long run. We will definitely keep a close watch.

Is Sinovac safer?
Sinovac has been given in many countries, such as Turkey, Brazil, China, and Indonesia. The UAE used Sinopharm which is also an inactivated vaccine. We haven’t heard any AEFI up till now.

How will BPOM monitor the effects of the AstraZeneca vaccine?
We will record all the AEFI. We have a national AEFI commission and also regional AEFI committees. In terms of concerns for effects, perhaps because of fear of the vaccine, regional committees will take actions. If there are indications of AEFI, for example serious side effects, BPOM will analyze and take measures as done by the WHO and EMA. We will also continue to communicate with international institutions.

Besides the AstraZeneca vaccine, the Nusantara vaccine trial is also facing problems. Why did you decline to approve it to continue to the phase II clinical trial?
The BPOM did not stop it, however, based on the results of an intensive evaluation involving experts as well as the national drug evaluation commission, it is increasingly clear that many stages in the clinical trial have not met good laboratory practice, good manufacturing practice, good clinical practice as well as good documentation practice. Documentation, for example, must be complete and robust to ensure that the data are credible. We have highlighted many risks but there hasn’t been any rectification yet. They have completed the phase I. Before they make any correction, we certainly can’t give a green light to continue to the next phase.

Did BPOM find ethics violations in the trial?
In developing a vaccine or a drug, we have to adhere to certain human ethics starting with formulation of protocols, methodology and research mechanism. All the ethics, standards, protocols and stages must be followed through to protect the research subject, that is, humans. The problem is there are still many instances of non-compliance to the protocol. 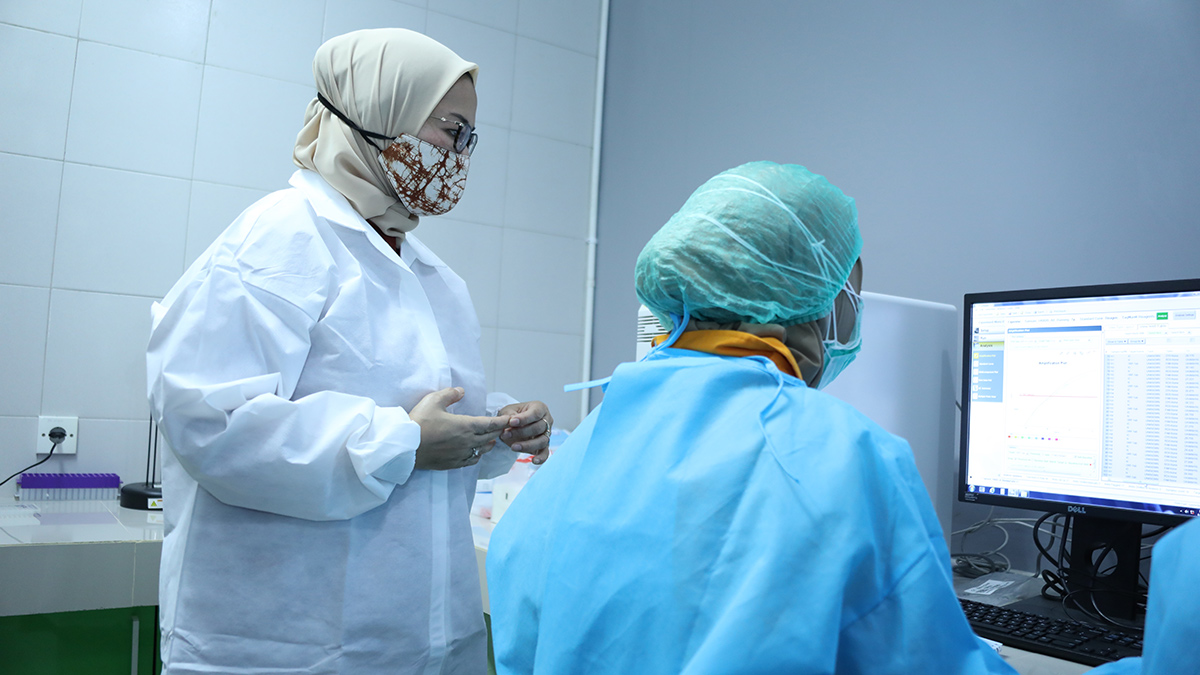 The Nusantara vaccine trial was flawed from the start?
They did not fulfill some of the conditions. We have pointed them out and asked for correction but they haven’t done so. We can’t force them. Then they said the trial cannot be discontinued. It can’t be like that. They can still develop it but first make the corrections we suggested. If possible, start from the pre-clinical phase.

Rama Emerald Multi Sukses, a partner in the dendritic cell vaccine trial, said that the phase II clinical trial had already begun?
Well, they can say anything. For sure, according to the process in the BPOM, they must make corrections first.

Many members of the health commission of the House of Representatives (DPR) criticized you for not approving the Nusantara vaccine. What is your response?
As I told the DPR, vaccines are very scientific and carry huge risks therefore we apply very stringent regulations. The BPOM continues to strongly adhere to the regulations. We cannot be pressured.

Do you feel pressured by the DPR?
Everyone saw the (meeting) and how huge pressure was during that 12-hour session.

Does President Joko Widodo support you?
He always supports all vaccine development activities, but entrusts (trials) to the BPOM. If they can be expedited, okay, expedite them but we must follow the process. He already told the public.