The Smell of Gasoline across the Refinery


Leakage of the T-301G tank is believed to be the cause of a big fire at the Balongan refinery. The management ignored community reports on strong gasoline smell prior to the fire. Losses are estimated in the trillions of rupiah.

THE smell of gasoline filled Edi Sutrisno’s house at the Wisma Jati Block in Sukaurip village, Balongan subdistrict, Indramayu, West Java. At 9pm on Sunday, March 28, he could no longer stand to be inside of his house. The 42-year-old man decided to go outside to get some fresh air.

He found his neighbors did the same thing. They were loitering at their terrace or yard. Children were crying because they could not stand the smell of gasoline. Fans were unable to ease the penetrating smell. Wisma Jati residents then decided to report this to the Balongan refinery management to find out the source of the smell.

Wisma Jati village is only a stone throw away from the Balongan refinery owned by Pertamina’s Balongan Refinery Unit (RU) VI. That evening, the residents went to the public relations office of the Balongan RU VI. The office is located next to Wisma Jati. “We ask that Pertamina Balongan immediately search the source of this smothering gasoline smell,” said Edi, whose house lies some 25 meters from the public relations office, on March 31.

Dozens of people gathered for that impromptu ‘protest’, including Edi. “We also demanded masks for residents who suffer from shortness of breath.”

Security officers guarded the main gate. Shortly thereafter, a mobile security team stood guard at the Wisma Jati crossroad. Residents started getting angry as the Pertamina Balongan management ignored their aspirations. They proceeded to drive away the mobile security vehicles. 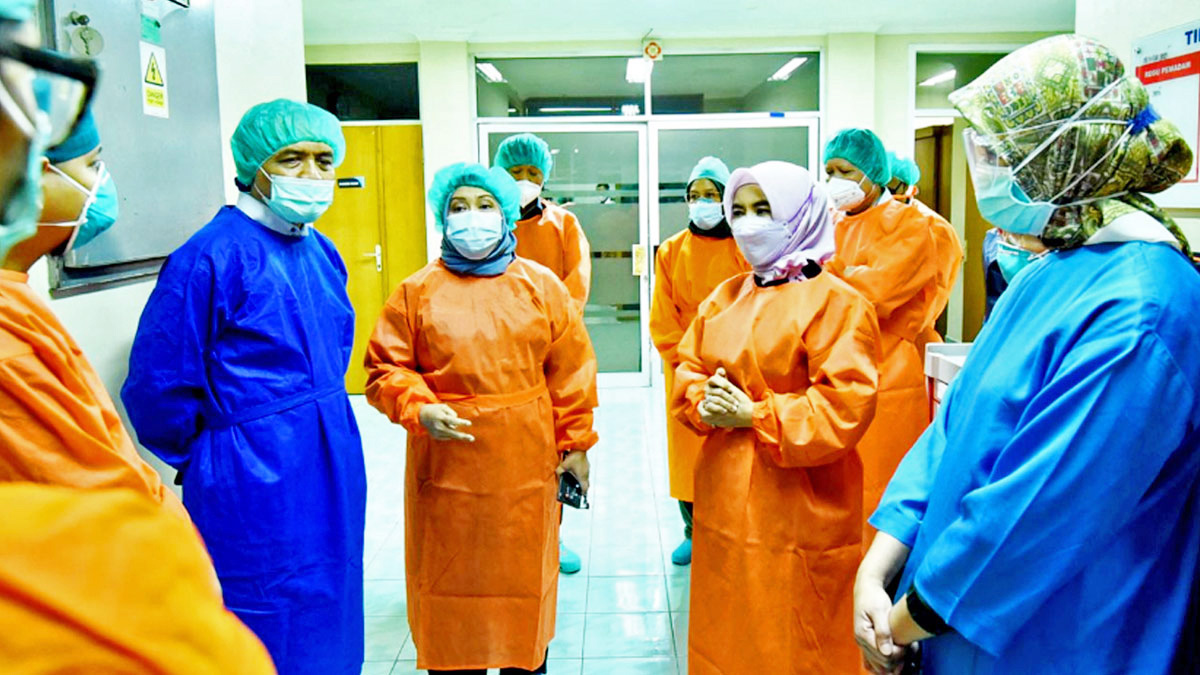 The demonstration continued, and nearing midnight, two trucks arrived: one with police personnel, and the other with soldiers. Some of them approached the demonstrators: “I told the approaching police, ‘Open your mask, what do you smell?’ He answered: ‘Indeed, it smells of gasoline,’” said Edi.

Edi and his friends persevered. Some threw rocks, which damaged the public relations office’s windows. The police and soldiers told the crowds to refrain from being rowdy, and ask that they move to the side of the street at the crossing of Wisma Jati-Sukaurip, saying that the air was fresher there. Pertamina employees distributed masks to the residents.

ON that night, at the Balongan refinery a shift supervisor received a message from a control room employee. Nearing midnight, an irregularity appeared on the panel: levels showing the volume of oil in the tanks were going down. A decreasing level means a decrease in tank volume. A Pertamina official explaining the incident said that the decreasing levels sparked suspicion, since the tank was in a ‘stationary position’, meaning that there were no activities, it wasn’t being filled or removed.

Checking on location divulged that oil from the T-301G tank was pouring out. The tank was leaking! A Pertamina source said the employee tried to move the gasoline to another tank. It poured out of the tank for over an hour. 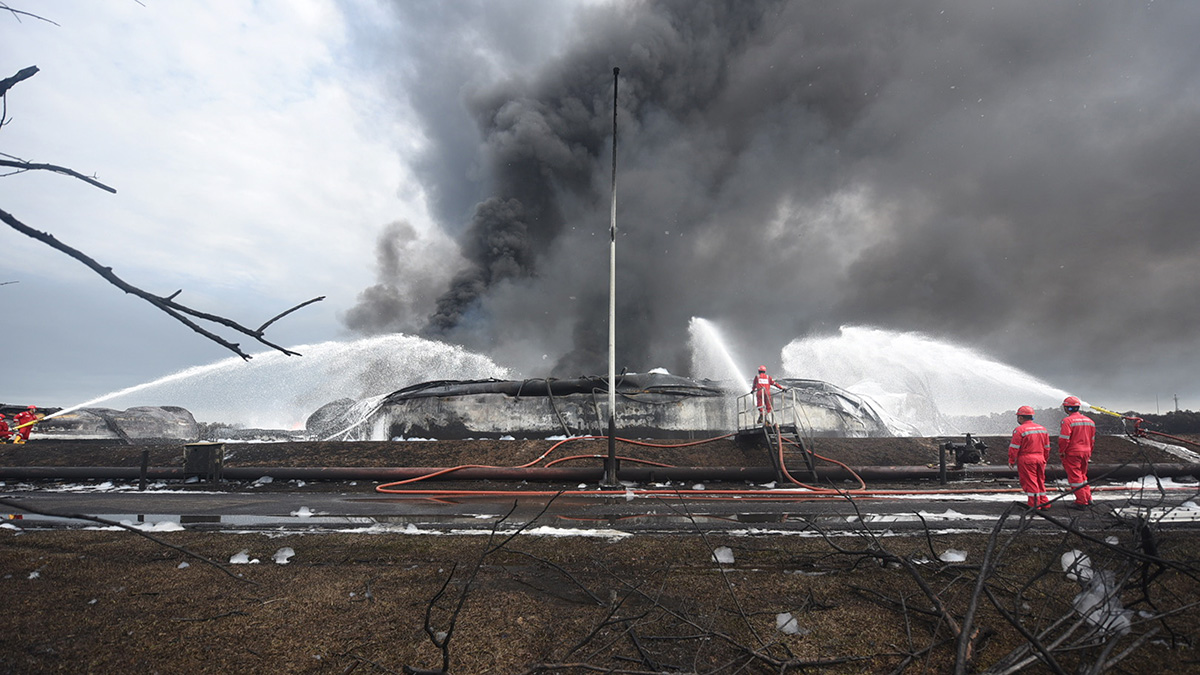 Outside of the refinery, police and military personnel assisted residents in the evacuation process. Around 1:30am on Monday, the two trucks previously used by police and military to control the demonstration were getting ready to transport residents to the mosque and the Sukaurip village hall.

As residents were about to depart, they heard an explosion from the refinery, followed with heavy shocks. Some of the residents, police and soldier personnel spontaneously threw themselves to the ground. Some even jumped into the ditches. People were shouting the name of God. “It was as if my heart stopped beating,” said Iwan Ridwan, a Sukaurip resident.

Iwan said he remembered clearly that there was neither lightning nor thunder at the time of the explosion.

PERTAMINA’s President Commissioner Basuki Tjahaja Purnama was getting ready to go to Balongan on Monday, March 29. It was in his schedule to visit the company’s refinery facilities. However, this routine work trip became an emergency visit.

At dawn around 4am, Basuki—better known as Ahok—received an important message from a staff member, saying that the Balongan refinery was on fire. Basuki then pushed forward his departure time. “I was on the way to Balongan by 7am, and was able to arrive there earlier than the board of directors who had to hold a press conference in Jakarta,” said this former Jakarta governor to Tempo on April 1.

Pertamina Chief Executive Officer (CEO) Nicke Widyawati explained that the fire occurred on Monday, March 29, at 12:45am, at the tank T-301 cluster. Pertamina then stopped refinery operations in order to stop gasoline supply to the storage tank. Employees localized the fire so that it would not spread to other clusters.

The fire started at cylinder G, and spread to three other units in the same cluster: E, F, and H. While that happened, the T-301G cylinder—with a maximum capacity of 26,000 kiloliters—had 23,000 kiloliters of gasoline in it. The four cylinders that caught on fire had a combined capacity of 100,000 kiloliters. Balongan has 72 tanks with a total capacity of 1.35 million kiloliters gasoline. 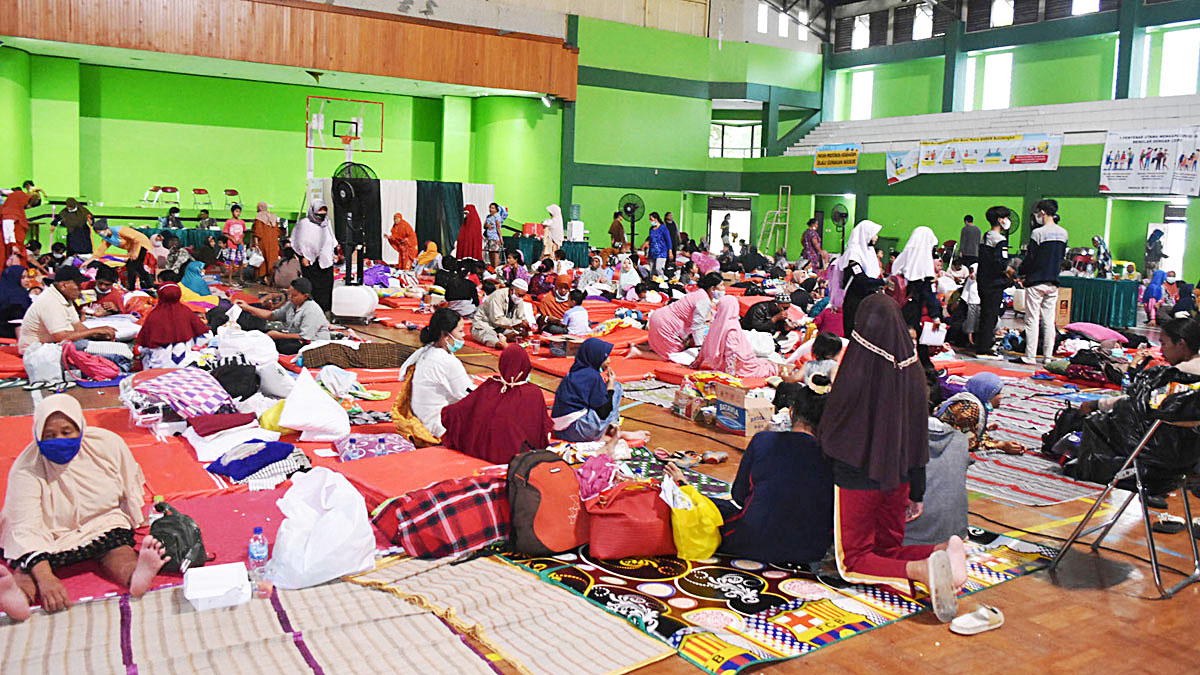 Pertamina Director of Logistics and Infrastructure Mulyono said the management halted operations at the refinery for four or five days, causing an estimated production loss of some 400,000 barrels. Around 50 percent of the refinery’s production is gasoline, and the rest is solar diesel oil, kerosene, liquefied petroleum gas (LPG), aviation turbine fuel (avtur), and propylene. The Balongan refinery has supplied gasoline for the Plumpang BBM (Fuel) Terminal in Jakarta, and the Cikampek and Balongan Fuel Terminals in West Java.

Basuki said that the tank leakage was the source of the fire. Even so, he was not yet able to confirm how big the crack on the T-301G tank’s wall was. He added that actually there was a leak detector there. Also, there were complaints of gasoline smell from the surrounding community to the police. “We are matching data. Did the refinery employee discover the leak earlier from the control instrument panel, or did the police hear it first from community reports,” he said.

Suspicions of tank leakage was also reported to Insp. Gen. Ahmad Dofiri, Chief of West Java Police Department, on the first day of the incident. “There was seepage or leakage at the tank. These are preliminary reports. More (information) will come as yesterday there was heavy lightning and other things,” he said on March 29. However, the Meteorology, Climatology and Geophysics Agency did not note lightning incidents at the Balongan refinery location on that unfortunate hour.

Pertamina has formed an internal investigation team, which cooperates with the police. “We give free access to law enforcers to conduct an investigation,” said Pertamina Senior Vice President Corporate Communications and Investor Relations Agus Suprijanto on April 1. The company will accelerate its internal investigation, in accordance with the commissioners’ demand in the coordinating meeting between the board of commissioners and board of directors. “Management will give stern sanctions if any negligence is discovered in this incident.”

FIRES have repeatedly broken out at Pertamina refineries. Prior to last week’s big fire, the Balongan refinery was temporarily shut down in early 2021 and December 2020 because its boiler caught on fire.

A big fire also engulfed a refinery in Cilacap, Central Java, on April 2, 2011, due to technical mistakes. Fire enveloped three tanks filled with high octane mogas component, which is liquid used to boost gasoline’s octane levels. Losses from the fire was estimated to reach US$30 million, or around Rp436 billion in current exchange rates. The Pertamina management at the time immediately let go of the refinery, production, maintenance, and engineering managers.

The Center of Energy and Resources Indonesia (CERI) estimated that losses from the Balongan fire were even bigger, reaching trillions of rupiah. These losses take into account the value of gasoline burned in the four T-301 tanks, and suspension of refinery operations for four to five days. “This does not even include the price of the destroyed tanks, and the ongoing water treatment project which was also burned to the ground,” said CERI Executive Director Yusri Usman.

Meanwhile, some Warung Jati residents have started returning to their homes on Wednesday, March 31, even though black smoke was still billowing from the T-301 tank. They started to repair their home roofs, ceilings, doors, and windows damaged by the big shock caused by the tank explosion.