Some supporters of the Sexual Violence Eradication Bill are lobbying those who are against it in the House of Representatives. They have to face up to religious norms.

MARIANA Amiruddin and Maria Ulfah Anshor immediately approached Bukhori Yusuf, a member of the Legislation Body at the House of Representatives (DPR), just as a meeting ended on Monday, March 29. Those two commissioners from the National Commission on Violence against Women (Komnas Perempuan), along with some of its other officials, had been invited by the DPR to a public hearing in order to get input on the Sexual Violence Eradication Bill.

Speaking to Bukhori, who is a politician with the Justice and Prosperity Party (PKS), Mariana brought up the importance of that bill being deliberated and passed as soon as possible. “We are trying to work with and approach those who might not yet be on the same frequency,” said Mariana to Tempo on Thursday, April 1. 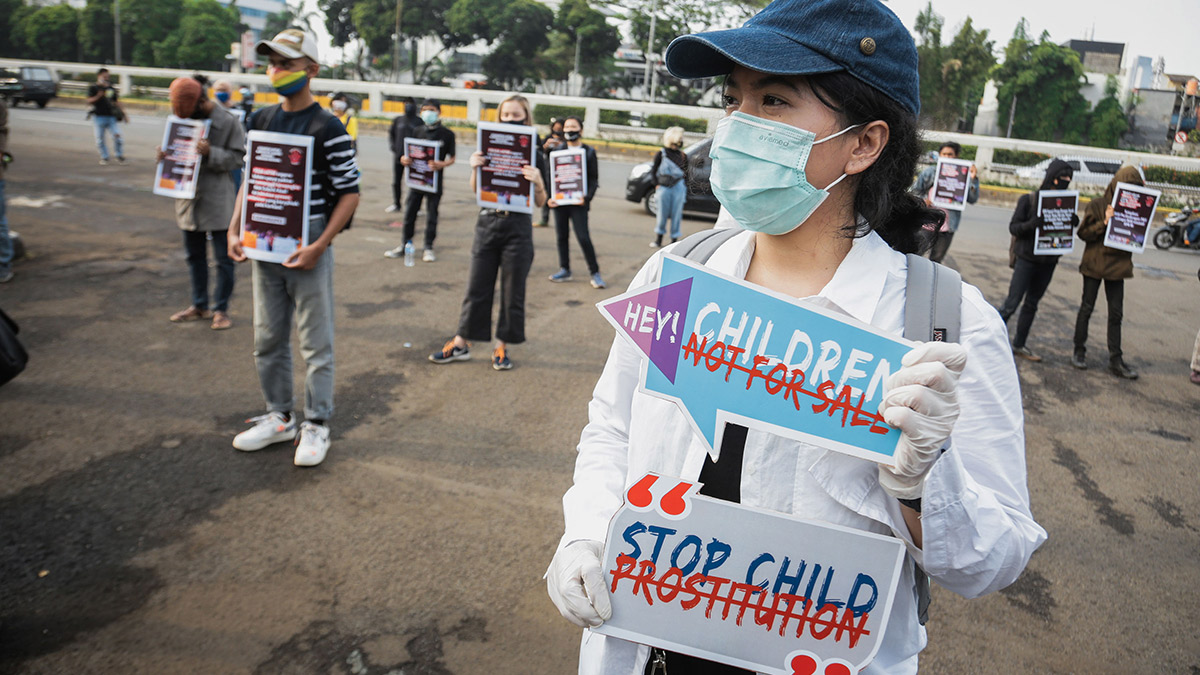 Activists carry signs during a rally to support the passing of the Sexual Violence Eradication Bill in front of the Parliament Building in Jakarta, last July. Tempo/M Taufan Rengganis

According to Mariana, Bukhori said that religious values need to become the basis of drafting that bill. He considers that the input on the draft and academic paper from the National Commission on Violence against Women does not yet accommodate those norms. Mariana explained that religious values are already found in the first principle of the Pancasila state philosophy, which is the foundation of that regulation. Speaking to Bukhori, Mariana offered to have a dialogue with his party. Bukhori then gave her a number to contact his faction leadership.

The PKS Faction has been adamantly against the PKS Bill from the outset. In February 2019, Jazuli Juwaini, Chairman of the PKS Faction at the DPR, said that there is potential for the contents of that bill to be at odds with the Pancasila and religion. He considers the bill’s definitions and scope of crimes for sexual violence has a liberal perspective. “That is why the PKS Faction has emphatically stated its rejection of the draft of the Sexual Violence Eradication Bill,” said Jazuli on February 6, 2019.

The National Commission for Women proposed the Sexual Violence Eradication Bill in 2012. It has been in and out of the National Legislation Program from 2014 to 2019. Azriana R. Manalu, Chairperson of the National Commission on Violence against Women from 2015-2019, said that their institution lobbied some high-ranking party officials. However, no progress had been made up until the end of the last DPR term of office. In mid-2020, the Sexual Violence Eradication Bill was dropped from the priority legislation program. On Tuesday, March 23, the bill was put back on the national legislation program, along with 32 other bills.

Not wanting the Sexual Violence Eradication Bill to be held up again, the National Commission for Women formed a special team to help get the bill passed. Its duty is to come up with a narrative against the misconceptions regarding the bill’s contents. For instance, it is accused of legalizing same-sex marriage and allowing extra-marital sex and prostitution. This team has been intensely campaigning in the social media and holding discussion events.

The team also lobbied politicians in the legislature so that the deliberations on the Sexual Violence Eradication Bill would not be delayed further. A few days before the public hearing with the DPR was held, Mariana Amiruddin contacted Legislation Body Deputy Chairman Willy Aditya, who is also Chairman of the Working Committee, to discuss the bill. Speaking to that National Democrat (NasDem) Party politician, Mariana asked that the draft of bill be completed this year.

Willy said that their party was among those who proposed the Sexual Violence Eradication Bill. Even so, he said that the DPR would accommodate input from various circles. “We are trying to find common ground so that this bill can soon be deliberated and passed,” said Willy. He cited that the PKS asked the House’s Legislation Body to hold a public hearing with the group which filed for material reviews of Articles 284, 285, and 292 of the Criminal Code (KUHP).

Those three articles regulate crimes of indecent behavior. In 2017, that group asked the Constitutional Court (MK) to expand the meaning of extra-marital sex. Article 284 regulates the potential punishment for anyone who has sexual intercourse with another individual who is married. However, the Constitutional Court rejected that material review. This group is often said to be against deliberations of the Sexual Violence Eradication Bill.

Meanwhile, the PKS has been lobbying other DPR factions in order to unite their perceptions on religious values. Bukhori Yusuf said that their party has been communicating with other Islamic political parties in connection with the religious views which need to become the bases for drafting that law.

Ibnu Multazam, Deputy Chairman of the Legislation Body from the National Awakening Party (PKB), verified that such communication has taken place. Claiming that their party supports the Sexual Violence Eradication Bill, Ibnu said that the contents of that law must not be at odds with religious values. “Let’s not have it legalize LGBT (lesbian, gay, bisexual, and transgender) and extra-marital sex,” he said. 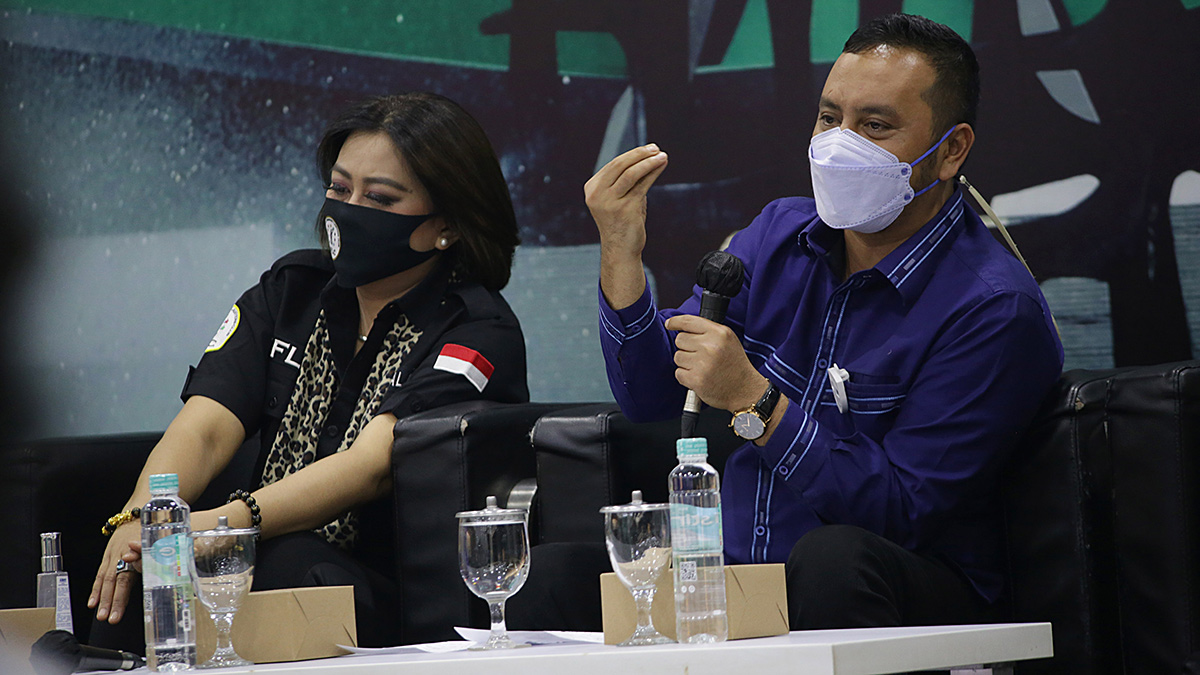 Illiza Sa’aduddin Djamal, a member of the Legislation Body from the United Development Party (PPP) Faction, also verified having such communication with the PKS. He did not deny the supposition that their party is attempting to maintain the support of their constituents in deliberating the draft in question. “We support this Bill, but it must not go outside of religious norms. Moreover, we are an Islamic party,” said Illiza.

In the “Maju Perempuan Indonesia” (Onward Indonesian Women) WhatsApp group, a female politician from the PKS also conveyed their party’s stance. This group’s members are women from a number of circles, such as members of the legislature, government and non-government organizations. Secretary-General of the Coalition of Indonesian Women, Dian Kartikasari, said that a group member from the PKS Faction asked that the title of the bill use the word “crime”, not “violence.”