This Is Not About Power 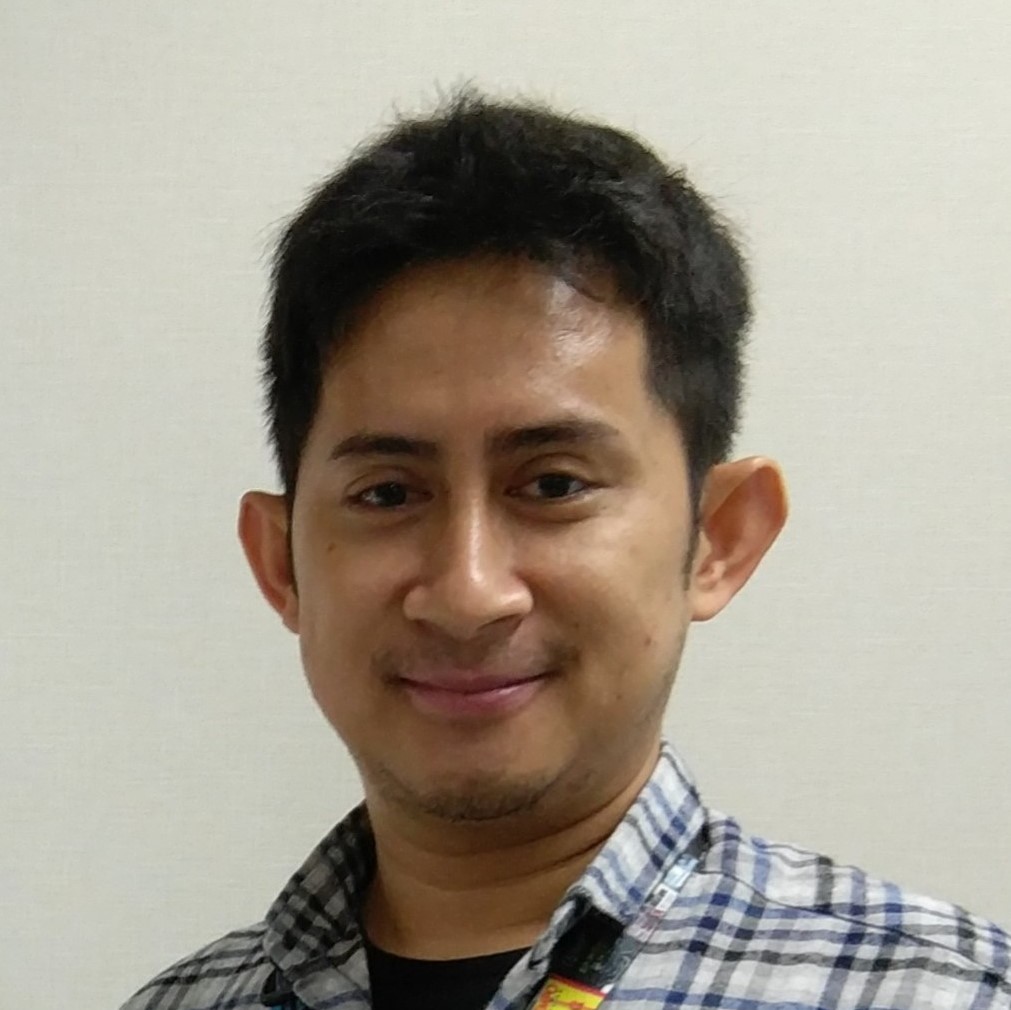 THE trial of Muhammad Rizieq Shihab for alleged breach of health protocols last March caught the Judicial Commission’s (KY) attention. They observed that Rizieq’s legal team was disrespectful of the judges at the East Jakarta District Court and did not maintain order. “Please fight for your rights but do it in an ethical manner,” stressed Judicial Commission Chairman Mukti Fajar Nur Dewata, 52, during a special interview with Tempo at his office last Wednesday, April 21.

The Judicial Commission had closely followed the trial of the former leader of the Islam Defenders Front (FPI), Muhammad  Rizieq Shihab, since it began on March 16. Mukti said his agency took the initiative due to the public scrutiny and debates the case had stirred up. So, the Commission sent in a team to keep tabs on the judges’ behavior. While it found the latter to have acted in line with the standing code of ethics, Rizieq’s attorney on the other hand had disrupted the order in the court, an act considered as disrespect for the judges.

Mukti came to lead the Judicial Commission just as its reputation hit rock-bottom. He said the public was beginning to question the existence of the Commission in the law enforcement process. What makes his job even more challenging is the less than harmonious relation between his agency and the Supreme Court (MA) on the matter of supervisory authority over judges. “This has made this agency (the Judicial Commission) ineffective and received less support from the public,” he said.

Mukti received Tempo reporters Mahardika Satria Hadi and Nur Alfiyah after a teaching session at the Muhammadiyah University in Yogyakarta. As lecturer and professor of economic laws, he is still actively teaching at the university. Accompanied by Miko Ginting, the Commission’s spokesperson, Mukti explained about his institution’s role in the selection of chief justice candidates, as well as efforts to advocate for judges and improve the Commission’s relation with the Supreme Court. The Commission is also reviewing the plan to revise the Judicial Commission Law to delineate the boundaries of judges’ supervisory authority.

Why did the Judicial Commission keep a close watch on Rizieq Syihab’s trial?

What did the Commission note at the trial?

We focused on the PMKH (the act that degrades judges’ dignity). This is an ethical matter, not contempt of court.

Rizieq Shihab’s legal team also protested because the Commission also kept tabs on his legal counsel. What is your response?

The DTN (FPI’s executive board) 212 had asked for Judicial Commission’s clarification regarding its stance. Representing the DTN, Pak Haikal Hassan and Novel Bamukmin came to see me, Bu Sukma Violetta (Judge Supervision Commissioner) and Pak Binziad Kadafi (Advocacy and Law Commissioner). We explained that the Judicial Commission is an independent institution responsible to the public, not the government. We are never intervened by any side. But may be because of the lack of understanding, they thought the Judicial Commission was in fact defending, not monitoring, the judges.

Did you tell the DTN 212’s representatives that Rizieq Shihab’s legal team had disrespected the judges?

We informed them exactly and factually about the commotion that broke out in the courtroom. We asked the legal counsels, prosecutors, and everyone else to respect the court. Please fight for your rights but you must do it in an ethical manner. I also told them to give the message to Habib Rizieq.

What was your message?

I said, “Please tell Pak Habib to maintain order in the court. We assured that the Judicial Commission would definitely be there, whether visibly or invisibly, to monitor everything.” We ascertained that. Thank God, we got report that the atmosphere was calmer and more conducive. No more ruckuses during the trial session held offline. Quite effective, isn’t it?

Why did the Judicial Commission need to advocate for judges?

We advocate for less popular judges. When I visited courts in the regions, I always said that the Judicial Commission protects and helps judges who perform their jobs well with integrity but face intervention, threats, abuse, insult or even slander. I ask the judges to be good judges. They should report to the Judicial Commission if they receive threats and so on. We will take action.

How many judges have reported to the Commission?

Very few. This is the problem because this is not very popular (measure). That’s why it caused an uproar when we raised this issue at Rizieq’s trial. Why didn’t just the Judicial Commission monitor the judges instead of monitoring his legal counsel? Actually, we did both. We always mobilized two teams.

The Commission’s commissioners for this term were appointed just four months ago. What kind of innovative programs have you prepared?

We have a jargon “KY SAKTI” abbreviation from synergy, accountability, credibility, transparency and integrity. This is important because Judicial Commission’s popularity has begun to decline both in terms of performance and public service. We want to upgrade Judicial Commission’s role so that it can perform better, give better service to the public. The Judicial Commission, among other, will intensify cooperation with different government as well as non-government institutions, particularly our key partner, the Supreme Court.

What are the indications of the Judicial Commission’s unpopularity?

Judicial graft continues to plague the legal system in Indonesia. How does the Commission coordinate supervision with the Supreme Court to prevent it? 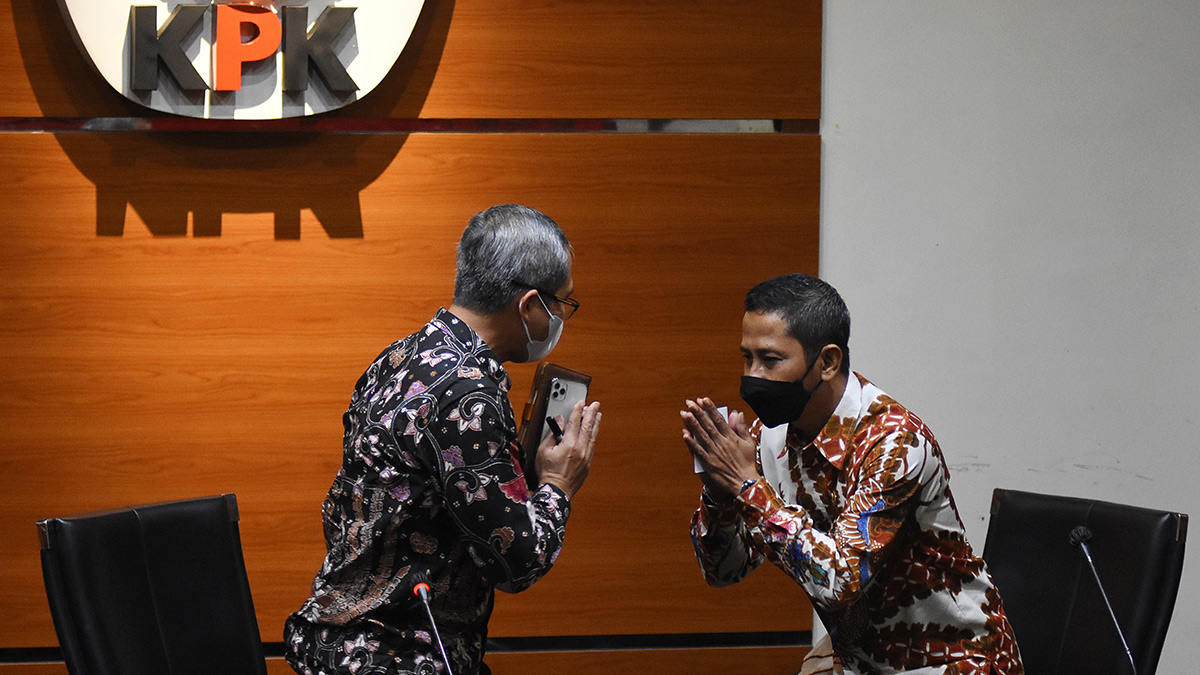 What is the solution?

We are establishing a bridging team to tackle the disharmony in the past. We’ve made a pact with the Supreme Court to stand side by side, not competing each other because whether the Supreme Court and Judicial Commission are good or bad depends on the judges. If judges are good, for sure these institutions will also become good.

Who are the team members?

From within the Judicial Commission and Supreme Court. We haven’t decided on the number yet but there will be several commissioners, experts and staff. Also, several judges and staff from the Supreme Court’s side. We are also checking whatever cracks in the past that need to be fixed including the Supreme Court’s lack of follow up on our recommendations. It will be better if we can examine a case together and reach a verdict together. No need to have more debates.

Isn’t there already a joint inspection mechanism in place?

The regulations are there. It’s just that they have never been implemented due to political frictions that hampered cooperation. I’m pushing this because I am very concerned. We try to do joint examination (of cases) or define the boundaries of the domains of ethics and judicial technicalities.

Can the boundaries between the two domains be defined better?

What reasons did the Supreme Court give for rejecting to the Commission’s recommendations?

Is it true that the Judicial Commission cannot do anything if the Supreme Court dismisses its recommendations?

This isn’t about winning or power, but about a state institution’s effectiveness or the lack of it. It is not effective if Judicial Commission’s rulings have to be re-ruled again by the Supreme Court. The public must wait. Let’s make it clear which one should be ruled by the Judicial Commission or by the Supreme Court. To put it another way, go to the village administration office for ID card matters or go to the religious affairs office to process wedding documents.

Is it true that the Judicial Commission feels intimidated by the Supreme Court?

I don’t know about the previous commissioner but for me, well, I don’t feel anything unusual. Even when we met Supreme Court’s Chairman (Muhammad Syarifuddin) for the first time, he said, “I know the six commissioners but not Pak Chairman.” Well, thank God, if I’m not well known. It means I have less burden. I respect him as the chair of the Supreme Court.

Are you optimistic that efforts to strengthen the Judicial Commission’s authority will go smoothly?

I’m not political. I’m a pure academic who ‘grew up’ in the campus. The problem is as to how, to whom and when we should bring up that topic. That’s a political matter and I have to be careful so that everyone can accept it. I have to think day and night about how to bring it up. But for sure, we are transparent and we have valid data that we can be held accountable for. We are not reckless.

As regards judges’ supervisory duties, there is a trend whereby graft convicts are acquitted or their sentences reduced via cassation or judicial review at the Supreme Court. Has the Judicial Commission evaluated it?

We are reviewing it. We are collecting cases where the sentences were reduced or the accused were acquitted. Article 42 of the Judicial Power Law gives the Judicial Commission the right to analyze final and binding verdicts but not to change them. That’s the problem.

If a corruptor walks free but the judge is penalized, do you think it’s fair? But whatever it is, the judicial power must be applied. If a court’s decision can be overturned or amended, the world will spiral into chaos. But the problem now is how to shape judges to become judges with integrity, capacity, and professionalism, who can really offer a sense of justice. Don’t abuse judicial power.

The Commission is considered as a law enforcement supervisory agency with the most outstanding but not yet maximal performance. What are the hurdles in keeping watch over judges’ behavior?

Limited resources. The Judicial Commission oversees 9,000-ish judges throughout the country. Problems are complex. One of them is welfare. We see that judges in the far-flung areas live in small rented rooms or makeshift houses. Some district courts in the regions have only four judges. One may be giving birth, while another falls sick. Meanwhile, there are thousands of cases awaiting. Just imagine that. Even the Supreme Court chief said that they only had 45 justices to handle 6,000 to 7,000 cases. At the first level court, a judge would see the parties in the lawsuit. The trial is usually a lengthy process involving many sessions. Judges can get short-fused or perhaps resort to ‘copying and pasting’ verdicts.

Have they handed out multiple identical verdicts?

If cases are similar, for example divorce, verdicts could be almost identical. But there can also be human errors. Sometimes, cases are different but the judges are so tired that they just used old verdicts. That’s the problem.

How does the Judicial Commission respond to this phenomenon?

That is also one of the issues that we want to report to the Supreme Court. There are cases where judges sometimes lash out in courtrooms berating the defendants or the plaintiffs out of exhaustion.

Has the welfare of judges indeed become a loophole for those who wish to intervene court decisions?

People work to seek three things: income, career and pride. It’s extraordinary if we have judges who truly seek pride. They don’t care about career or income. They take pride in their noble position as a judge. But you see there are many judges who are still regular humans, not demigods. They pursue income and career. If their conditions are below par and they are ‘discarded’ to the remote places with meager pays to survive, they might turn to ‘offers’ which eventually give rise to misconduct.

The Supreme Court needs additional 13 justices. Can the Judicial Commission fulfill that?

I hope more than 13 prospective judges will pass Judicial Commission’s selection. The House of Representatives (DPR) will do the final selection. Let’s hope they pass not exactly or less than 13. In the 2020 selection, for example, we proposed seven but DPR picked only three.

Some names out of 116 candidates who passed the administrative screening failed in previous year’s selection. How will the Commission make sure they qualify now?

We have our own standard test, a competency dictionary which is a benchmark for selecting justice candidates. How come no one out of 116 candidates is competent? We studied their track records. We work with the anti-corruption agency and intelligence investigators.