Guardians of the Missing Articles


Deliberations regarding the Sexual Violence Eradication Bill encountered problems while at the government level because 102 crucial articles disappeared. Women activists are trying to convince the government to put these articles back in, as in the original draft they formed the core of the bill.

THE Sexual Violence Eradication Bill represents an important milestone in the history of Indonesian law. This bill will enhance social interaction as it governs respect towards each other and allows no discrimination between the genders. However, such lofty notions do not come easily regarding how difficult it is proving to pass.the bill.

Sri Nurherawati, Commissioner of the National Commission on Violence Against Women (Komnas Perempuan), remembers the day well. On May 24, 2017, the government completed an inventory list of problems (DIM) regarding the Sexual Violence Eradication Bill. Rather than being glad about it, the commissioners who had drawn up the draft law instead felt concerned.

This is because 102 articles had been deleted, leaving only 50. The omitted articles were crucial ones. A major issue was that nine categories of sexual violence had been compressed to a mere four. “Our discussion with the House of the Representatives went well. But the government’s DIM contravened the discussion,” said Sri on Sunday, April 18. 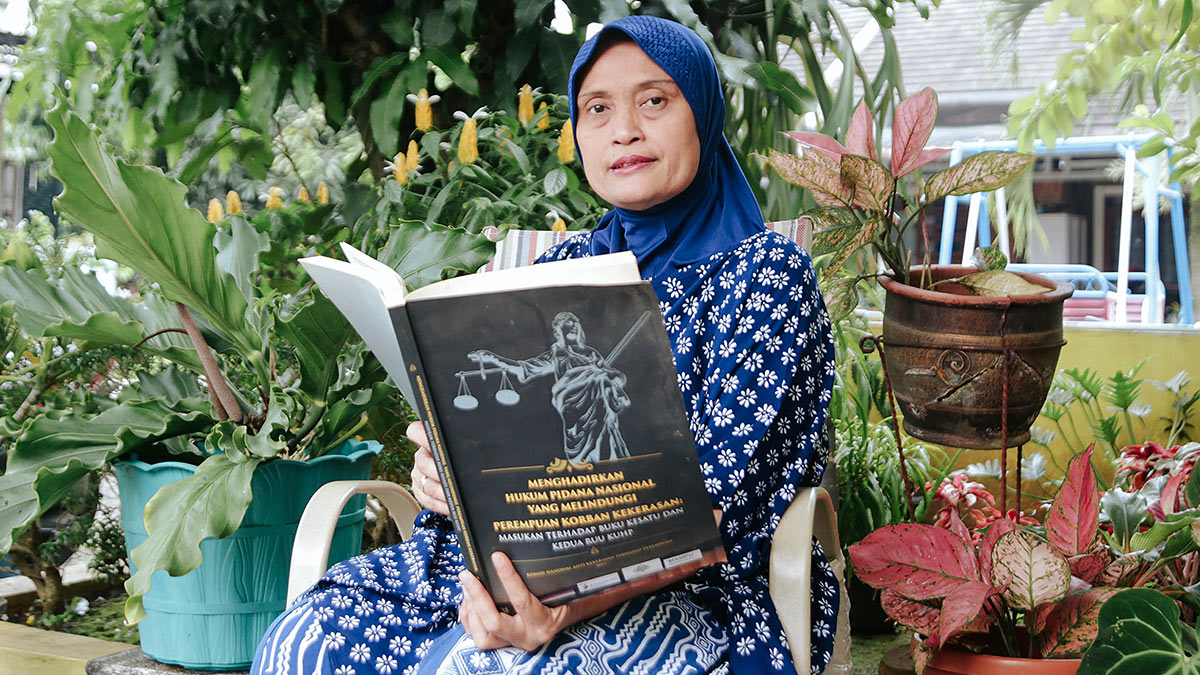 The government’s DIM also omitted the special procedural law for sexual violence. Provisions for victims’ rights, including their treatment, protection, and recovery, were also erased.

Komnas Perempuan took the initiative to develop the Sexual Violence Eradication Bill in 2010. For six years the commissioners persuaded the House to come up with legislation to address sexual violence. In May 2016, the House requested Komnas Perempuan to submit an academic paper. That same year, the House listed the bill as a priority in the National Legislation Program (Prolegnas).

During a plenary session on April 6, 2017, the Sexual Violence Eradication Bill was approved as a House initiative and was signed by the Commission VIII overseeing social and religious affairs. In the same month, the House handed the draft law to the government. In the government's hands many articles disappeared. “We were not invited into the government’s work committee,” said Sri Nurherwati.

Sri and a number of Komnas Perempuan commissioners went to several ministries, including the Women’s Empowerment Ministry and the Executive Office of the President, to protest the DIM. The government unexpectedly formed a team to discuss the issue.

The team consisted of personnel from the Women’s Empowerment Ministry, Law and Human Rights Ministry, Home Ministry, Social Ministry, Presidential Staff Office, Health Ministry, Attorney General’s Office, National Police, Witness and Victim Protection Agency, and Komnas Perempuan. “But our authority was limited. We could only give opinions and had no decision-making authority,” said Sri.

The result was dismaying: the discussion went nowhere. Every meeting, said Sri, always concluded with the words the DIM could not be changed.

Some women’s protection activists and civil society organizations shared a similar concern. They consolidated under the Network of Pro Women’s National Legislation Program or JKP3, and carried out protests in various regions to urge the government to fix its DIM on Sexual Violence Eradication Bill.

This coalition also compiled its own 187 pages-thick DIM as protest, as well as to point out the various issues contained within the government’s DIM. “We circulated the DIM in November 2017,” sad JKP3 Coordinator Ratna Batara Munti on Saturday, April 24.

A month later, the Women’s Empowerment Ministry promised that it would involve civil society in the DIM discussion on the draft law. But that promise never came to fruition until five months later.

Ratna and several representatives from the JKP3 met with the Deputy for the Protection of Women’s Rights Vennetia R. Danes in May 2019 to express how much the government should indeed desire their feednack. Vennetia refused the idea. “They reasoned that time was running out. We were told to deliver our feedback through Komnas Perempuan. We knew that they never listened to Komnas Perempuan” said Ratna.

The women activists then lobbied the ministries joined in the government’s working committee to discuss the Sexual Violence Eradication Bill. Association of Indonesian Women with Disabilities (HWDI) Deputy Chairperson Yeni Rosa Damayanti was one of the activists who approached a number of expert staff in the Women’s Empowerment Ministry and the Presidential Staff Office. “I sent the aspirations from women with disabilities, the group most vulnerable to sexual violence, whose points of protection were erased in the DIM,” said Yeni on Friday, April 24.

All these efforts finally paid off. In the middle of June, 2019, representatives from JKP3 and HWDI were invited by the government to join the working committee meeting.  Initially the meeting was tough going because most ministry representatives refused to change the DIM. “We declared that we did not want to be involved if no change was made,” said Ratna. The meeting settled for the middle ground: the DIM was unchanged, but now had additional documents.

Discussion became better after the government involved certain academicians to serve as a team of experts in the DIM draft working committee. Among others, the team members include Edward Omar Sharif Hiariej from Gadjah Mada University, and law expert and Women’s Institute Founder, Valentina Sagala, who previously joined the JKP3. 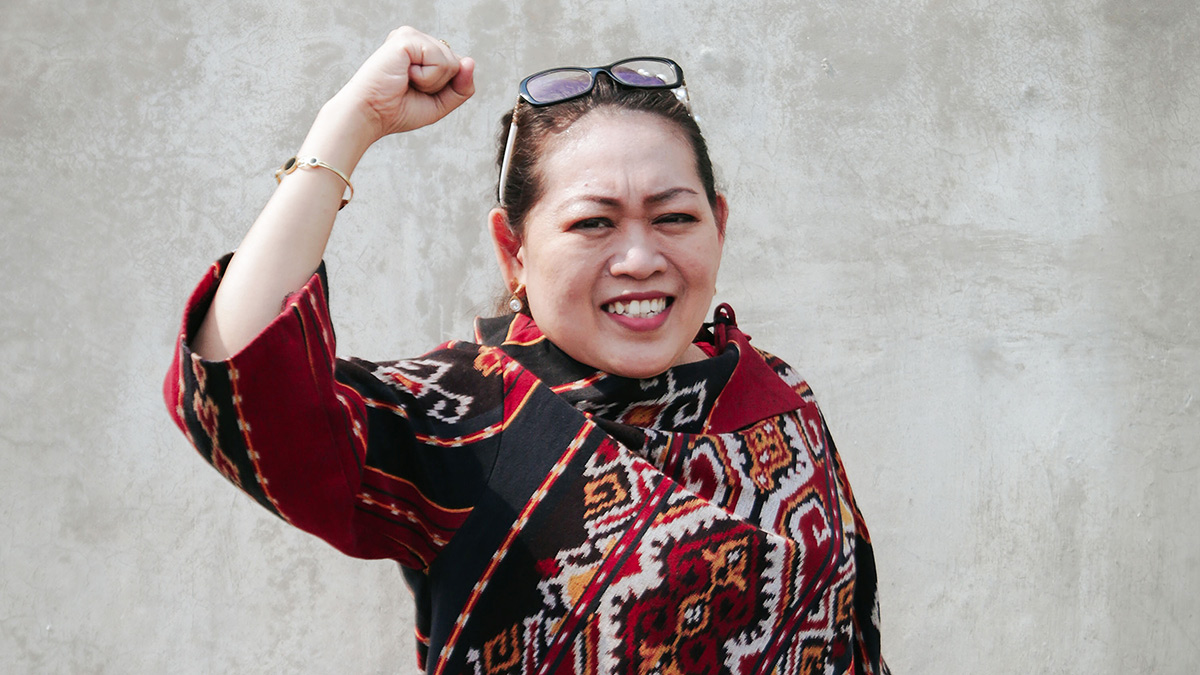 Three months later, improvements to the DIM were completed. Yeni Rosa said that all the important substances that went missing had been put back in, along with some additions. One of these was the guarantee that testimony from a person with disability who became victim of sexual violence will be held in the same regard with other testimonies. There was also a provision regarding more severe punishments for perpetrators of sexual violence against a person with disability.

The revised DIM was delivered to the House of Representatives in the middle of September, 2019. Komnas Perempuan and the women activists hoped that the House would soon pass the bill to become law on September 25, as promised by House Speaker Bambang Soesatyo. However, that hope was dashed. The draft law remained unfinished until the end of the House term on September 30, 2019.

In the new legislative term, the House still has not deliberated on the bill. The new term of the House even ousted the draft from the list of priorities in the 2020 National Legislation Program. In March 2021, the House again approved the Sexual Violence Eradication Bill, but the discussion process has to go right back to the beginning. “Everything has to be started over. The government will have to once again compile its DIM,” said Valentina.

However, the women activists are not deterred by the long and winding road. They went back to lobbying the House and government. Two months after the new cabinet was formed, Kompas Perempuan met with Women’s Empowerment Minister Bintang Puspayoga.

They also visited Presidential Chief of Staff Moeldoko. “We asked the government to oversee and ensure that the Sexual Violence Eradication Bill will be passed soon. They are all very supportive,” said Komnas Perempuan Chairperson Maria Ulfa Anshor. She presumes that the discussion now is not as complicated as it was before.

A special staff member of the Women’s Empowerment Ministry, I Gusti Agung Putri Astrid Kartika, expressed similar confidence. “Every party now seems to realize that this bill is important for the victims,” she said. The government even promised. to accelerate its ratification.