Supporters of Sexual Violence Eradication Bill are tirelessly lobbying political party leaders and parliament members. They mapped the legislators who could help accelerate the deliberation and passing of the bill into law. The activists switched their approach from hard-line to political lobbies. The Prosperous Justice Party (PKS) is still standing in their way.

ONE month after the Sexual Violence Eradication Bill was driven out of the list of priorities of the 2020 National Legislation Program (Prolegnas), leaders of the National Commission on Violence against Women (Komnas Perempuan) met with Democrat Party Chairman Agus Harimurti Yudhoyono, on August 7 last year. Komnas Perempuan member Maria Ulfah Anshor said the meeting was meant to introduce the new executives of the institution. “We also lobbied Democrat for commitment to support RUU PKS,” said Maria on Wednesday, April 21.

No less than four representatives of Komnas Perempuan were present, namely Deputy Chairpersons Chadidjah and Mariana Amiruddin, and commissioners Siti Aminah Tardi and Maria Ulfah. At the time, Agus and his wife, Annisa Larasati Pohan, had just returned home from a wedding. He was accompanied by a number of Democrat executives, including Deputy Secretary General Ingrid Kansil and Nanang Samodra, a member of the House of Representatives Commission overseeing women’s empowerment.

Mariana Amiruddin presented data showing an increase in sexual violence cases to Agus. The victims’ recoveries are not optimal because of the lack of legislation regulating the matter. She asked for Agus’ assistance so that the Democrat party would help push the draft law back into the Prolegnas priority list and accelerate its ratification. According to Mariana, Agus immediately tasked his subordinates in the House with overseeing the draft law. “The Democrat party is concerned by the cases of violence against women,” said Agus in an official remark after the meeting. 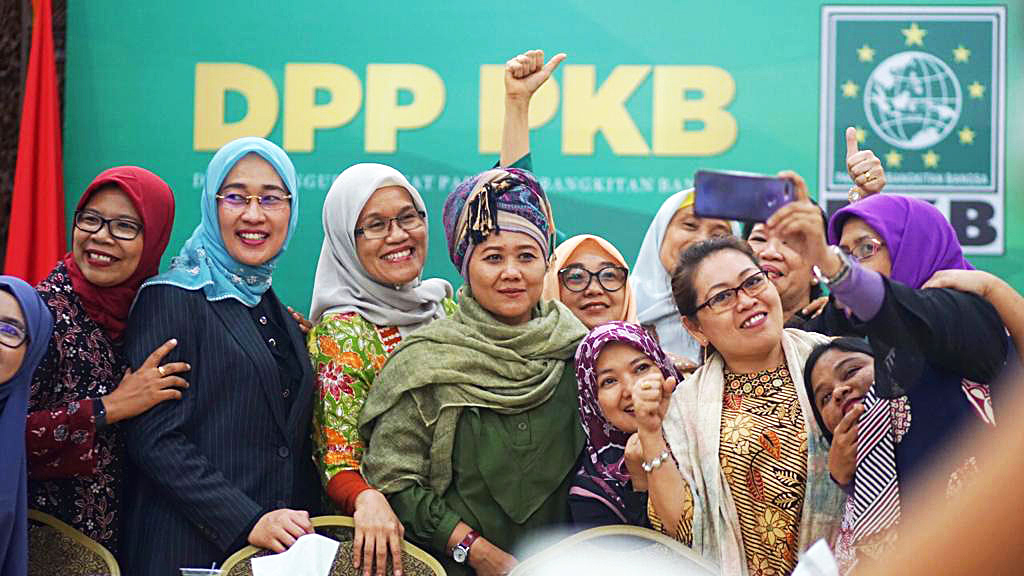 In September 2019, dozens of activists from various organizations, including Komnas Perempuan, the Legal Aid Foundation of the Indonesian Women’s Association for Justice, and the Network of Pro-Women’s National Legislation Program, also saw National Awakening Party (PKB) Chairman Muhaimin Iskandar in his office. They have the same goal: to gain support for the ratification of the Sexual Violence Eradication bill. Muhaimin said his party was committed to seeing the draft law to completion. He regards the phenomenon of sexual violence as deeply concerning. He also told his cadres in the House to monitor the draft law and to lobby the other fractions.

In July 2020, the Sexual Violence Eradication bill was ousted from the National Legislation Program priorities. Its withdrawal was proposed by Deputy Chairperson of the Women’s Empowerment Commission from the National Awakening Party Fraction, Marwan Dasopang. Marwan said the commission decided to exclude the draft law from the list of priority legislations due to unsuccessful lobbies and the difficult discussion on the name and definition of sexual violence. The draft was first proposed by Komnas Perempuan in 2012 and went back and forth into the legislation program between 2014 to 2019, but it was never passed by the House’s members.

Refusing to encounter yet another dead end, Komnas Perempuan along with the network of civil society increased their lobbying towards House members and party leaders. The Komnas Perempuan formed a team of lobbyists tasked with approaching a number of figures and legislative members. Maria Ulfah was appointed as the lobby coordinator. To get close to Islamic parties, she partnered with Fatayat, an organization affiliated with Nahdlatul Ulama that deals in issues concerning women. A number of House members from the PKB are also cadres of Fatayat.

Fatayat Political and Legal Advocacy Coordinator Nur Wahidah said that she frequently communicates with her colleagues, including House Legislation Body member Nur Nadlifah and House Agriculture Commission member Anggia Ermarini. Nur is the a chair of Fatayat, while Anggia is the general chairperson. They are both members of parliament for the 2019 to 2024 term. “I now carry my struggle from the inside, trying to convince other fractions so that RUU PKS may be passed this year,” said Nur Nadlifah.

Coordinator of the National Secretariat of the Service Provider Forum for Women Victims of Violence, Veni Oktarini Siregar, is tasked with mapping the House members to be approached. A number of legislative members who used to be driving the discussion on Sexual Violence Eradication Bill are no longer in office. One of them is the niece of Great Indonesia Movement (Gerindra) Party General Chairman Prabowo Subianto, Rahayu Saraswati Djojohadikusumo. “We are mapping the champions who could help from the inside,” said Veni. Meanwhile, although no longer a member of the House, Saraswati is consistently pushing her party to accelerate the draft law’s deliberation. She is also still socializing the importance of the bill as well.

One person being approached by supporters of the draft law is House Legislation Body member Hendrik Lewerissa, a cadre of Gerindra from Ambon. Veni said that the lobbying towards Hendrik is done by adopting regional-style approach. The lobby was carried out through Mutiara Maluku Foundation, who met with Hendrik in Ambon. Mutiara Maluku Foundation Director Lusi Peilouw told that her foundation formulated a strategy so that Hendrik would commit to support the acceleration of deliberation on Sexual Violence Eradication bill.

Lusi asked four victims of sexual violence to see Hendrik with her. They age between 16 to 20 years old. The lack of a law governing the matter makes it difficult for them to obtain adequate assistance. After each of them told their stories, Lusi explained why it is important for the Sexual Violence Eradication bill to be passed as soon as possible.

Hendrik confirmed that the meeting did take place. He said he was saddened upon seeing the victims and hearing the stories directly from the four women who were forced into becoming prostitutes in a nightclub. Hendrik declared his commitment to oversee the Sexual Violence Eradication draft law and to lobby his colleagues in the parliament, so that the bill could soon be passed. “The meeting touched my conscience. Until that point, I had only looked at the statistical data on victims of sexual violence,” said Hendrik.

Maria Ulfah said that Komnas Perempuan teleconferenced with the United Development Party (PPP) in January 2021. The virtual meeting was attended by PPP Vice General Chairman who is also the People’s Consultative Assembly Deputy Speaker, Arsul Sani, and a House Legislation Body member, Illiza Sa’aduddin Djamal. Illiza said that he and Arsul are supporting the bill’s deliberation. Arsul even stated that he is ready to be transferred to the Legislation Body in order to oversee the deliberation. However, they reminded that the substance of the draft law should not veer outside the corridor of religious norms. 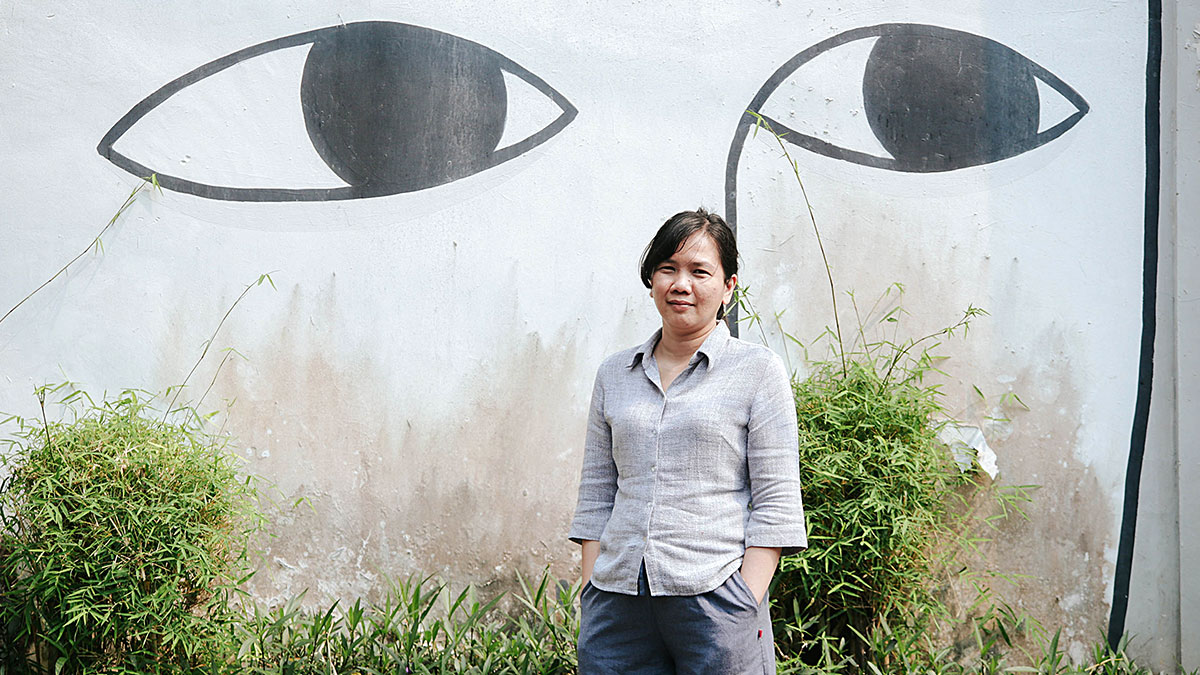 After lobbying here and there, the House’s plenary session on March 23 finally approved the Sexual Violence Eradication bill to be included in the 2021 National Legislation Program priority list. Six days before the plenary meeting, Komnas Perempuan attended a hearing in the Legislation Body. According to Maria, the situation was different than before. Almost all fractions are now open to discussing the Sexual Violence Eradication bill. Maria believes that the situation was borne out of the tireless lobbying over a long period of time. Komnas Perempuan and its network continue maintaining relationship with party leaders, although the result is yet to be seen.

Although the majority of fractions are supportive toward the Sexual Violence Eradication bill, Komnas Perempuan is still trying to convince the Prosperous Justice Party (PKS) Fraction, who has been rejecting the draft law since the beginning. After the hearing with the Legislation Body in March, Maria approached a member of the Legislation Body from PKS Fraction, Bukhori Yusuf. She asked for an audience with his fraction.

Bukhori answered her request by giving a contact to arrange the audience with. However, the audience has not taken place until now. Bukhori said that the Sexual Violence Eradication bill should have included religious foundation. “I am curious as to why it does not use religious logic, despite the object of violence being something that is also regulated by religion,” he said.

Komnas Perempuan Deputy Chairperson Mariana Amiruddin said that supporters of the Sexual Violence Eradication bill also learns about how to engage in politics, including how to approach the House’s members. The women activists leaned into hard-line approach toward House members of the 2014 to 2019 term. They wanted legislative members to immediately understand the importance of passing the Sexual Violence Eradication bill. Now they adopt a softer approach. “We try to get close and discuss with them,” she said.

Mariana and supporters of the Sexual Violence Eradication Bill are also confident that the bill could be deliberated and passed into law this year.