INDONESIAN government declared the armed group in Papua as terrorists on Thursday, April 29. Coordinating Minister for Political, Legal, and Security Affairs Mahfud Md. said the violence committed by the group has met elements of terrorism according to the Terrorism Law. Mahfud further said that terrorism eradication in Papua would not be carried out against Papua’s civilian population, but against a small group of people who are rebelling. “Their acts amount to terrorism,” said Mahfud. 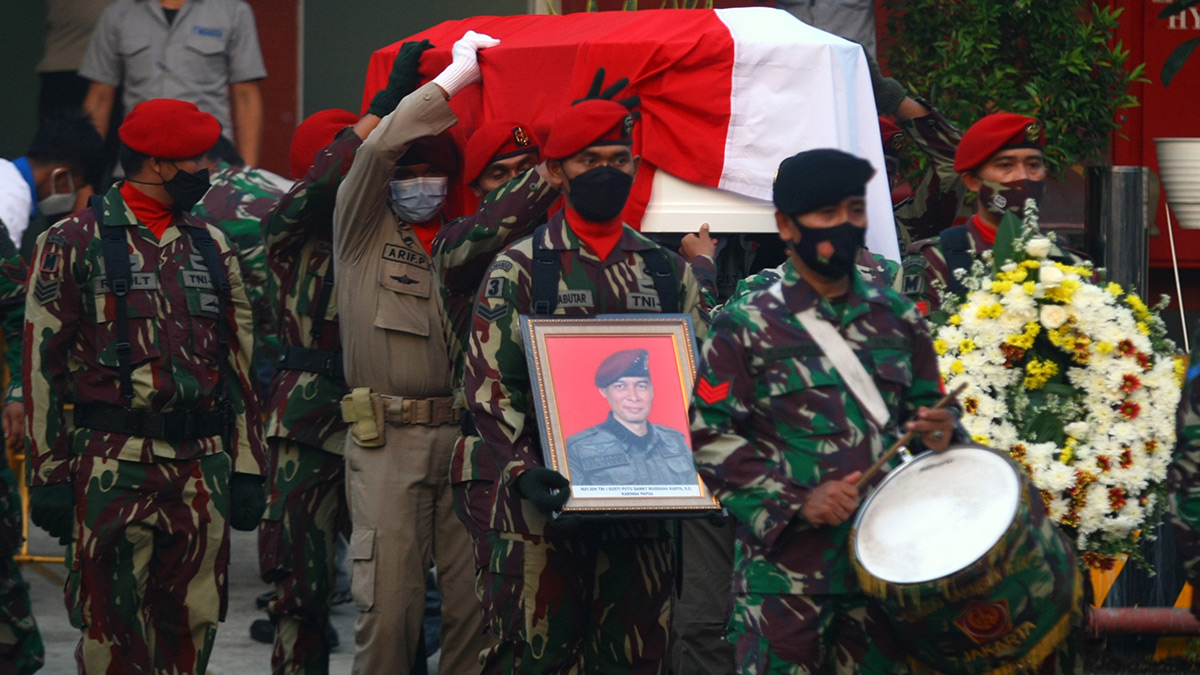 The government’s decision has drawn criticism from human right activists. Rivanlee Anandar, Deputy Coordinator for the Commission for Missing Persons and Victims of Violence (KontraS), sees this labeling as the state’s effort to silence those who are calling for justice in Papua. He is worried that this decision will legitimize military deployment in the region.

Bonar Tigor Naipospos, Deputy Coordinator of the Setara Institute, said the government’s move will spark questions from the international community. Yan Parmenas Mandenas, member of the House of Representatives’ Defense Commission, believes that the terrorist labeling shows the government’s weakness in solving the conflict in Papua. “This is not a step forward, but backward,” he said.

Meanwhile, Papuan Governor Lukas Enembe asks that the government revisits this decision. He is worried that the terrorist label will have a bad impact on the Papuan community’s psychological condition. He also appealed for the Indonesian Military (TNI) and police to map out the armed group’s strength and locations, so as not to mistakenly arrest and shoot people.

CONFLICT in Papua has intensified since the Indonesian Military (TNI) and police personnel were deployed to the region. After declaring the armed group as terrorists, the number of soldiers and police there are expected to go up.

Number of Security Personnel in Papua

Violence in the Past Decade

AGO Official Fired for Bribery

Leonard said that Chairul was dismissed from his position for a two-year period. Chairul is also suspected of receiving money from Serly Suganda, 52, who asked that his child, involved in a nickel mine fraud and investment embezzlement case, be released from the East Java Police custody.

While Chairul admitted to meeting with Serly, he denied accusations of fraud and bribery. Indonesia Corruption Watch researcher Kurnia Ramadhana pointed out that Chairul should have been charged with criminal corruption articles for accepting bribes.

THE Corruption Eradication Commission (KPK) is investigating Herman Hery Adranicus, Chairman of the House of Representatives’ (DPR) Legal Commission, on Friday, April 30. This politician from the ruling Indonesian Democratic Party of Struggle (PDI-P) is questioned for information regarding bribery suspicions surrounding the Covid-19 social assistance fund.

The KPK has started a new investigation into alleged corruption in the procurement of social aids in Jakarta, Bogor, Depok, and Bekasi, which involved former social affairs minister Juliari Batubara. Herman Hery allegedly received 7.6 million packages worth Rp2.1 trillion through more than six companies. According to Adi Wahyono, an official at the social affairs ministry, Juliari gave the order to allocate the packages to Herman.

Herman said he went to the KPK to comply with the legal process. “I came to give clarifications,” he said.