Several hospitals in the Gaza, including one owned by Indonesia, have been badly damaged by Israeli air raids. Two senior doctors died.

THE Indonesia Hospital in the Gaza Strip, Palestine, has sustained much damage because of an air raid by Israel. Missiles dropped by Israel at a location near the hospital on May 12 smashed the roof of the building. “The administrative section and several spots on the top floor are also badly broken,” the Medical Emergency Rescue Committee (Mer-C) Presidium Chair, Sarbini Abdul Murad, told Tempo on Friday, May 21. The attack also damaged the access road to the hospital, making it difficult for ambulances and vehicles carrying victims to get through.

The Israeli attack created much panic among the staff of the Indonesia Hospital. Doctors have been handling a continuous wave of wounded people that has not let up. Medical stocks have depleted while the supply chain has been impeded because of an Israeli blockade. Surgical instruments and anesthetics, vital for any hospital, are in alarmingly low supply. “Supplies are difficult to come by even in normal conditions, and now we are in a state of war,” said Sarbini.

The Indonesia Hospital, part of Indonesian aid for Palestine, was constructed in 2011 and was initiated by Mer-C. The hospital cost Rp126 billion. Then Vice President Jusuf Kalla inaugurated the hospital in December 2015. 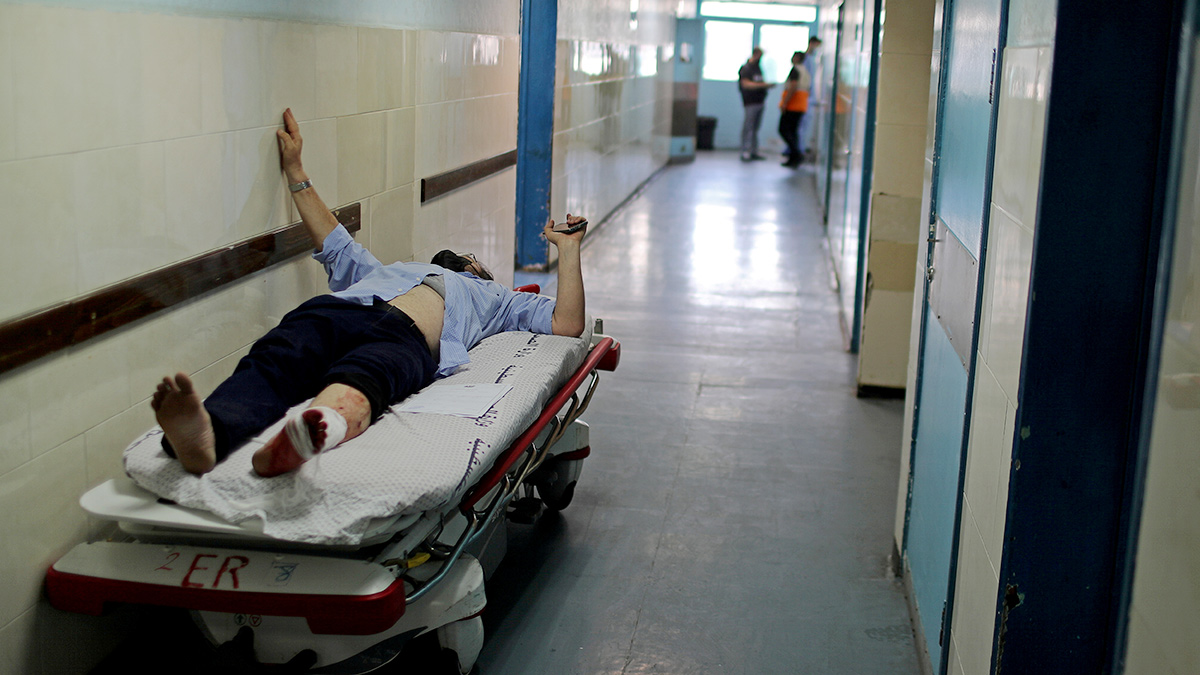 A wounded Palestinian in Shifa hospital in Gaza City, May 17. Reuters/Mohammed Salem

Located some two and a half kilometers from the Israeli border, the hospital is vulnerable to the fallout of skirmishes that frequently erupt in the vicinity. In 2018, the hospital was impacted by an Isreali air attack targeting Palestinian demonstrations. Five rockets were dropped near the hospital and the explosion damaged several sections, including the administration unit, lavatories, the corridor, and the intensive care unit.

Despite this, the hospital continued to operate as it is a mainstay for the Gaza population. “Once during an air raid, we handled a total of 600 wounded victims,” said Sarbini. 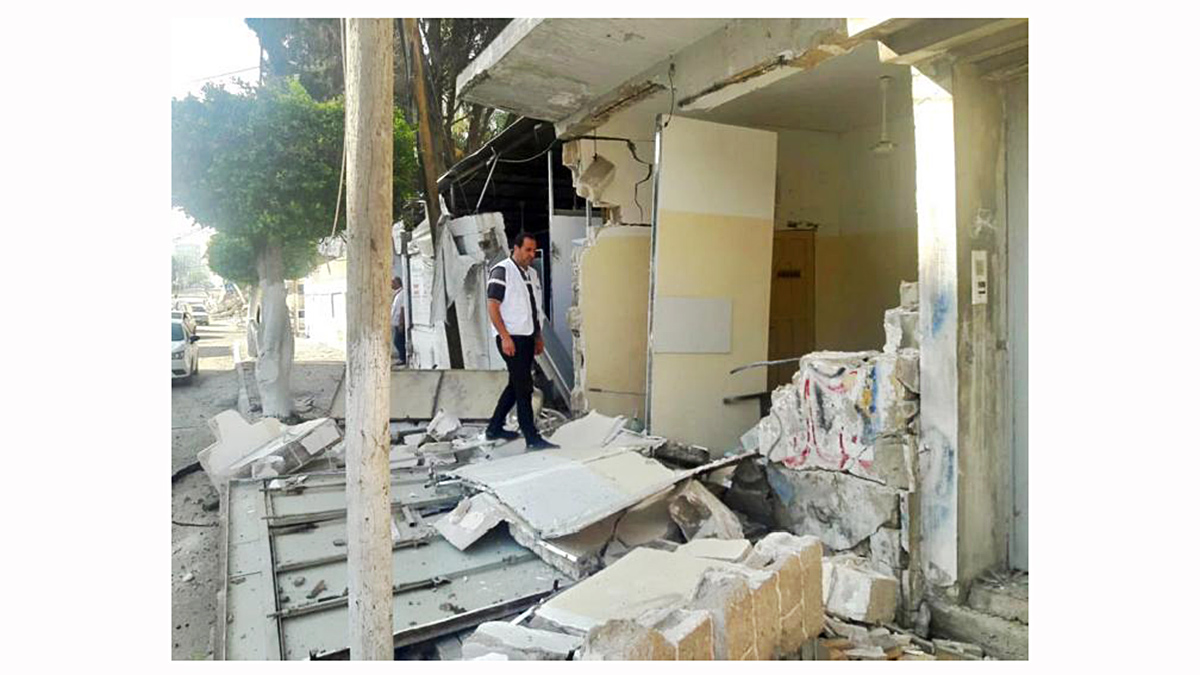 A member of the MSF inspecting the damages at the MSF trauma and burn center in Gaza, Palestine, May 16. msf.org

The Israeli attack has killed at least 230 people, including 65 children, and wounded more than 1,500 residents. The attack also damaged several other health facilities in the Gaza, facilities of which are already at a minimum. The United Nations Office for the Coordination of Humanitarian Affairs (OCHA) for the Palestine reported six hospitals and 11 clinics sustaining heavy damages. One hospital can no longer function because its power supply was hit.

The Medicins Sans Frontier (MSF) Clinic has also been forced to close down. “The clinic was closed because it sustained structural damages, the road access is in shambles, and the situation in the entire area is unsafe,” said MSF Vice Coordinator in the Gaza, Mohammed Abu Mughaiseeb. 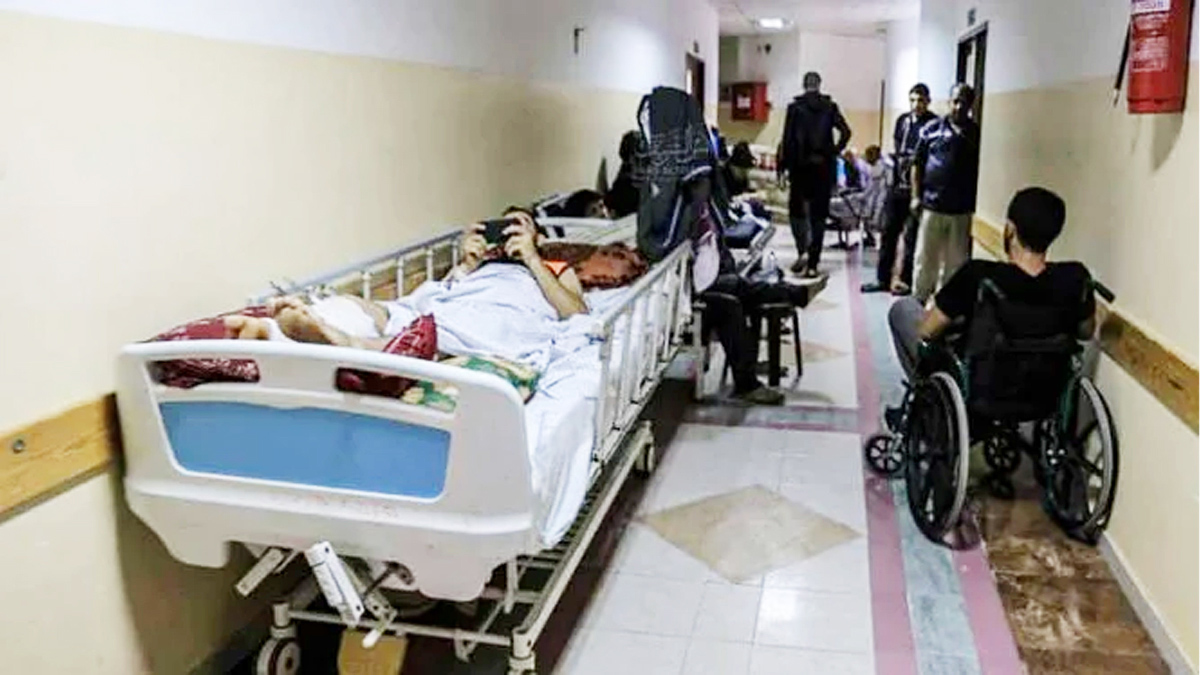 Patients at the Indonesian Hospital in Gaza. Mer-C Doc.

Two senior doctors from the Al-Shifa Hospital were found dead under the rubble of their residence that were damaged by Isreali missiles. The two are Ayman Abu al-Ouf, head of internists, and neurologist Dr Mooein al-Aloul. They died together with 40 other people in the residence. The Israeli government claimed it only attacked the “underground structures” owned by their enemy, Hamas militia.

Sarbini has condemned the Israeli air attack on civilian residences and health facilities. “It is an imperative that hospitals are institutions to be protected even under conditions of war," he said. In his view, this round of damages to health facilities in the Palestine is appalling, even compared to the level of destruction that occurred during the Israeli war in 2014 that went on for 50 days. “I have never seen such levels of damage as this in 14 years of work,” said a medical worker in the Gaza, Samir al-Khatib, as reported by The Guardian.