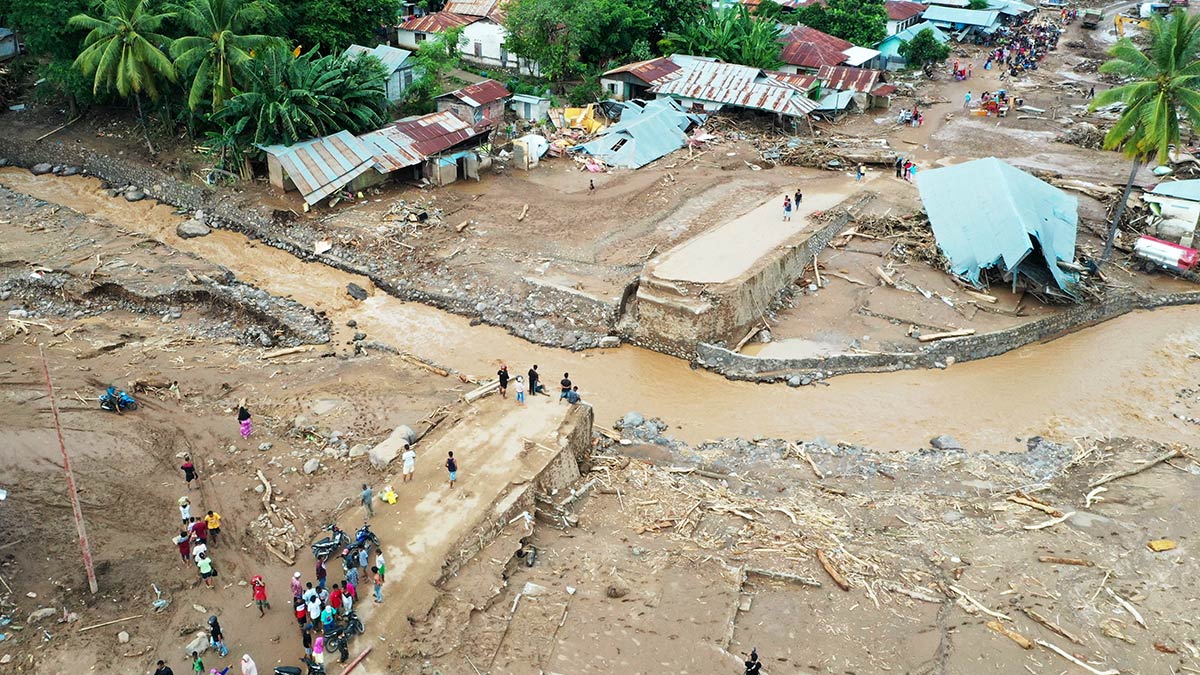 An aerial photo of damages caused by flash floods in Waiwerang, East Adonara, East Flores Regency, East Nusa Tenggara, on Tuesday, April 6. Based on local government data until Tuesday afternoon, as many as 50 people died, 29 were still missing, and hundreds of residents were displaced by the floods that occurred on Sunday, April 4. /Antara/Aditya Pradana Putra