To Whom It Matters 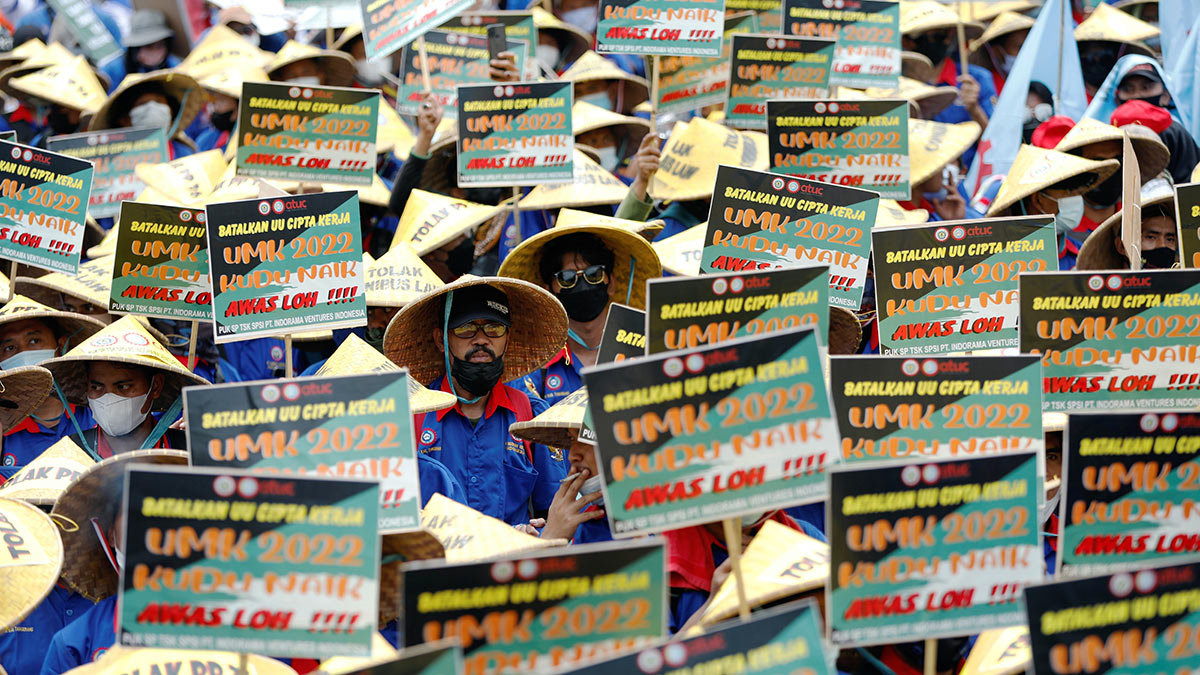 MEMBERS of Indonesian trade unions hold placards during a protest against the government’s labor reforms, as the Constitutional Court reads the verdict on a judicial review filed on the controversial ‘omnibus’ Job Creation Law in Jakarta, November 25. The Constitutional Court on Thursday ordered the government to amend parts of the Job Creation Law within two years, citing procedural flaws in how the controversial legislation was handled/REUTERS/Ajeng Dinar Ulfiana