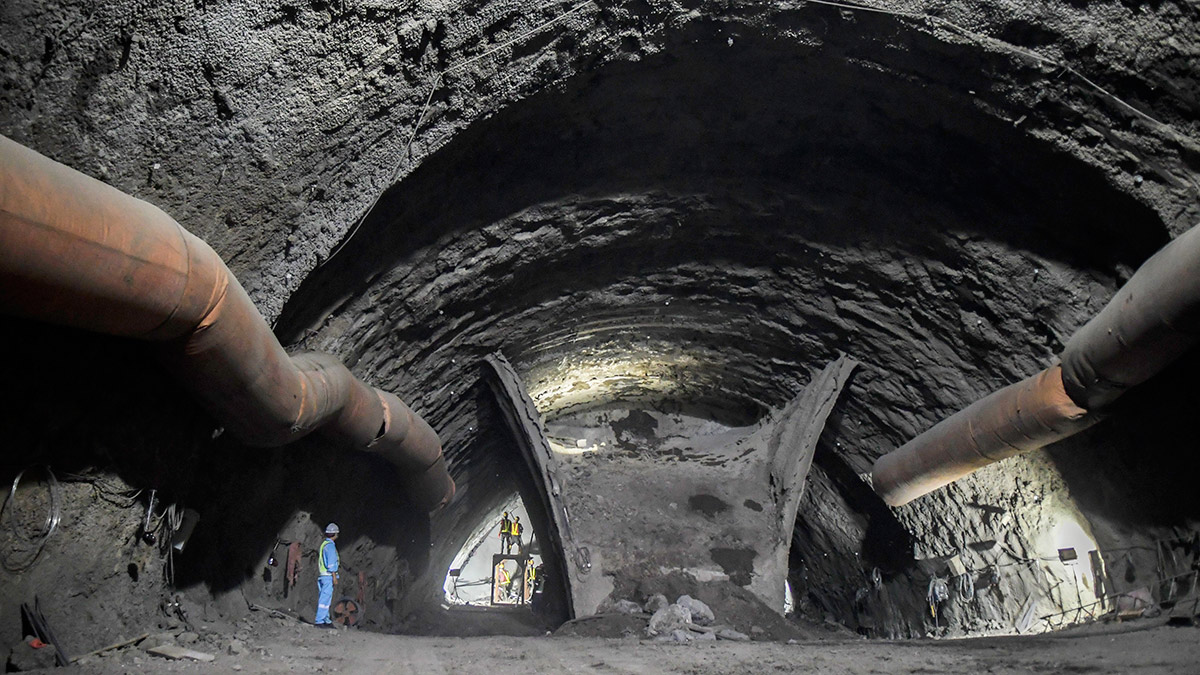 WORKERS at Tunnel Two of the Jakarta-Bandung High-Speed Train (KCJB) project in Bunder Village, Jatiluhur, Purwakarta Regency, West Java, Thursday, January 27, 2021. Progress of the work on Tunnel Two as of January 7, 2022, is at 69.78 percent, while the overall progress of the KCJB project has reached 79.90 percent.  The train test is expected to be carried out during the G20 summit at the end of this year. ANTARA PHOTO/Galih Pradipta