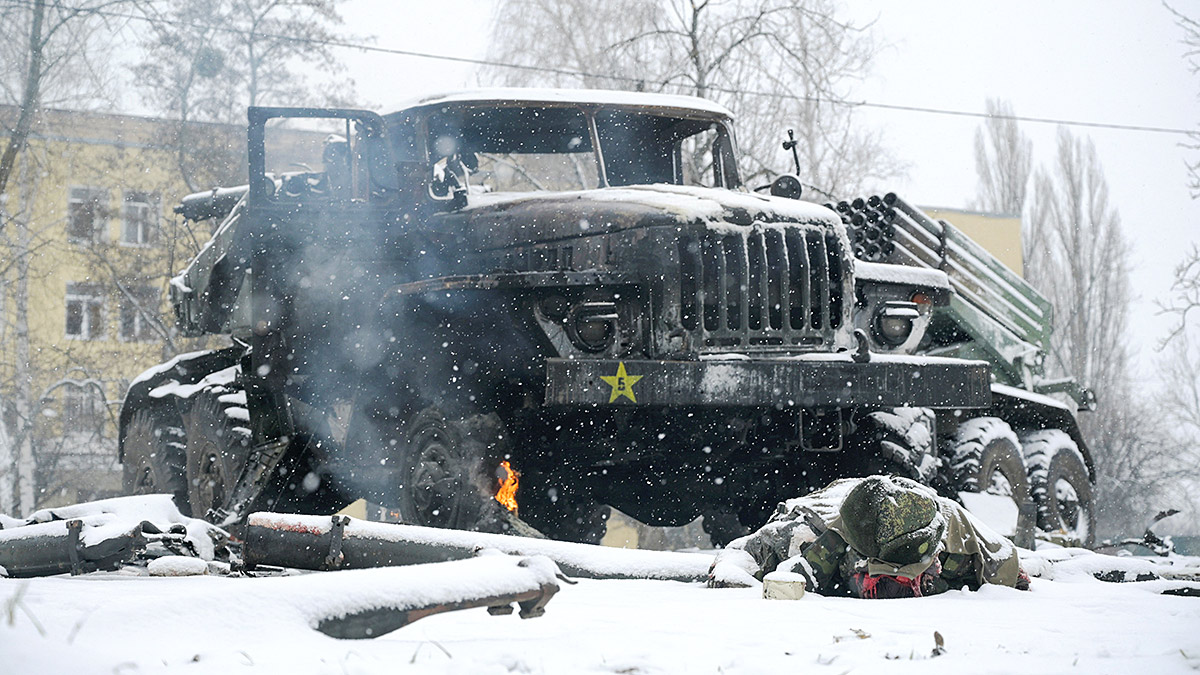 A DESTROYED Russian Army multiple rocket launcher in Kharkiv, Ukraine, February 25. Heavy gunfire was heard in Kyiv during the early hours of Saturday, February 26, as Russia’s invasion of Ukraine entered its third day. The Russian and Ukrainian governments signaled an openness to negotiations, offering the first glimmer of hope for diplomacy since Russian President Vladimir Putin launched the invasion on Thursday. REUTERS/Maxim Levin