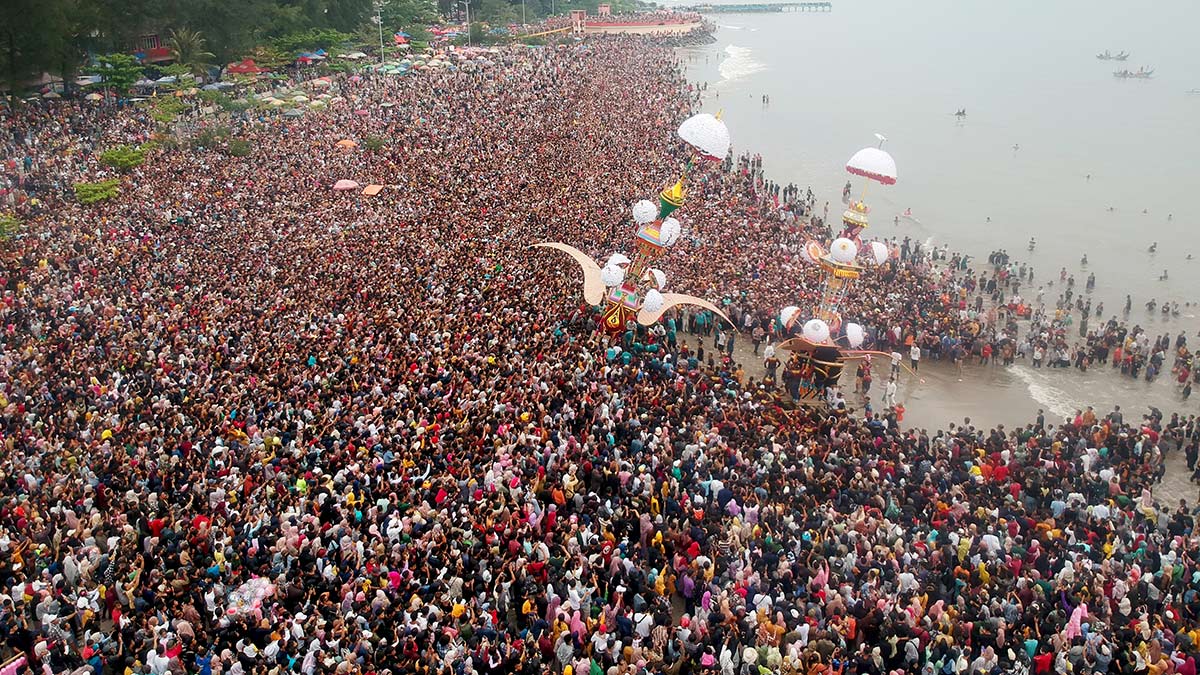 TWO tabuik being paraded before being dumped into the sea, at the Gandoriah Pariaman Beach, West Sumatra, Sunday, August 14. According to the Pariaman City government, around 200,000 visitors flock to the beach to observe the annual Shia-influenced tradition celebrating Asyura Day to commemorate the death of the grandson of the Prophet Muhammad, Hussein bin Ali. The festival is a series of events that combines both religious and cultural features, as well as being the most crowded tourist attraction in that province/ANTARA FOTO/Iggoy el Fitra