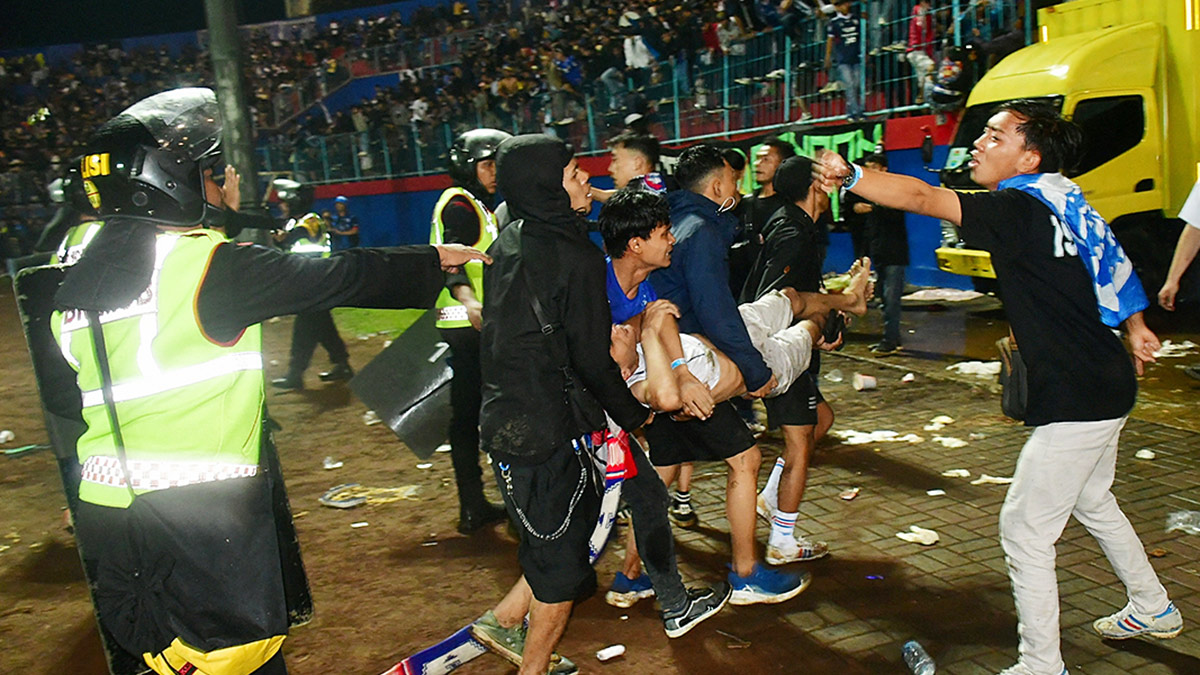 SUPPORTERS evacuate a man due to tear gas fired by police during the riot after the soccer match between Arema vs Persebaya at Kanjuruhan Stadium, Malang, East Java, October 2. At least 125 people were killed and some 320 hurt as panicked fans were trampled and crushed trying to flee a riot, in what appeared to be the worst stadium disaster in half a century. World soccer's governing body FIFA specifies in its safety regulations that no firearms or "crowd control gas" should be carried or used by stewards or police./REUTERS/Stringer