Some oral accounts of past disasters are seen as warnings passed on from one generation to another. 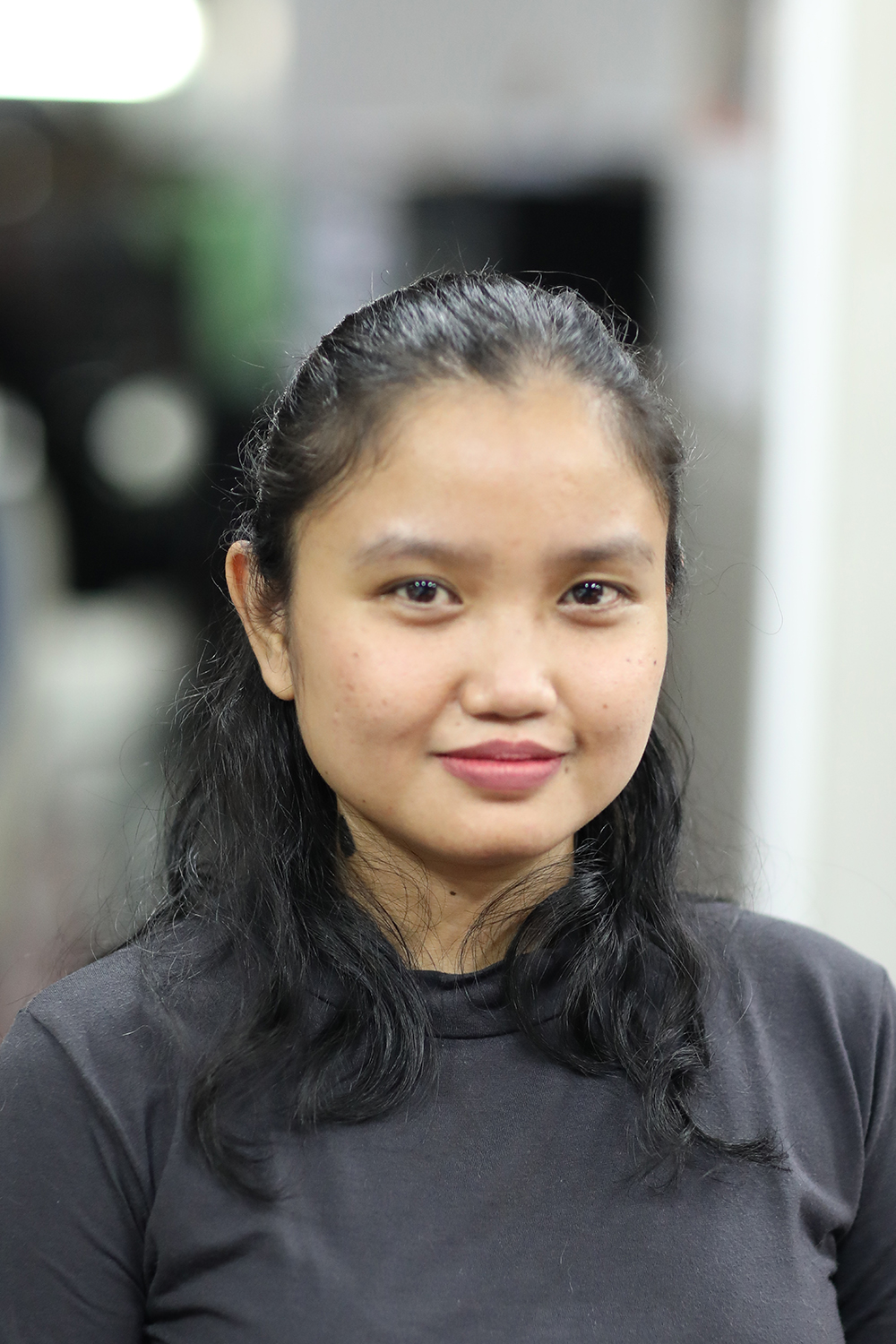 Many To-Kaili (the people of Kaili) survived the recent disaster,” said Trinirmalaningrum, head of the Palu-Koro Fault Expedition, relaying information she received from the people of Kaili, the oldest tribe to occupy Central Sulawesi.

She added that the To-Kaili have a knowledge system passed on from one generation to the next by their ancestors, including the urging to build wooden houses, called Banua, on the highlands or in valleys. “No Kaili has built a home on the coast.”

This tradition did not come into being for no reason. Today’s To-Kaili inherited their ancestors’ guidance through the medium of oral tales only few non-Kaili understand. For example, the name of a place is given according to the disaster potential they carry.

According to Rini, short for Trinirmalaningrum, at least five areas were named by the To-Kaili’s ancestors to show their disaster potentials. There is Penopo, which in Kaili means the scene of stabbing; Balaroa, meaning wild grass growing in rivers and wetlands; Jono Oge, meaning plenty of mud; Silabawa, meaning river; and Petobo, meaning upturned soil.

In the disaster that took thousands of lives on September 28 this year, Petobo was among the regions that “disappeared.” So was Balaroa. Based on scientific indications, said Rini, these two villages had high potential for liquefaction. “There was a study in 2012, which resulted in the Map of Liquefaction Danger Zones. And this map is already in the possession of regional governments,” she said.

Rini further explained that, based on the field work her expedition team has completed, Petobo is suspected to be a former ancient lake. Meanwhile, Balaroa was once a sago forest thought to have an ancient river running below it. “None of our parents allowed us to build homes in these places,” said Rini, again quoting the To-Kaili.

The liquefaction that often accompanies earthquakes and tsunamis in the region, said Rini, is called nalodo by the people of Kaili. “If they have the knowledge, it means similar events had already happened before and were recorded by the To-Kaili’s ancestors through the name ‘Petobo’.”

The Kulawi people—another old tribe in Central Sulawesi—also have warnings for earthquakes and tsunamis. They would perform a kind of traditional ceremony after a disaster. The ceremony is accompanied by a bamboo flute and kulintang (a row of gongs) performance as well as dances. “They also recite poetry, the way one would recite a prayer after a quake, and request to be kept from recurrences,” said Rini.

In the ceremony, Karampua Ntana (the god of land) and Karampua Langi (the god of the skies) are worshipped. The ceremony was performed after the Bora village was shook by a 6.2-magnitude earthquake in early 2005, one month after the Aceh tsunami in 2004. Unfortunately, said Rini, none of the tribe’s young people are able to preserve the tradition.

Traces of chilling events experienced by the Palu people’s ancestors are also found in an area located on the road to Donggala. In this area, there is a stretch of hills called Gimba, meaning drums. Not far from Gimba, researches found an ancient giant shell attached to the wall of a hill. The area is believed to have been ravaged by a tsunami around 1907. 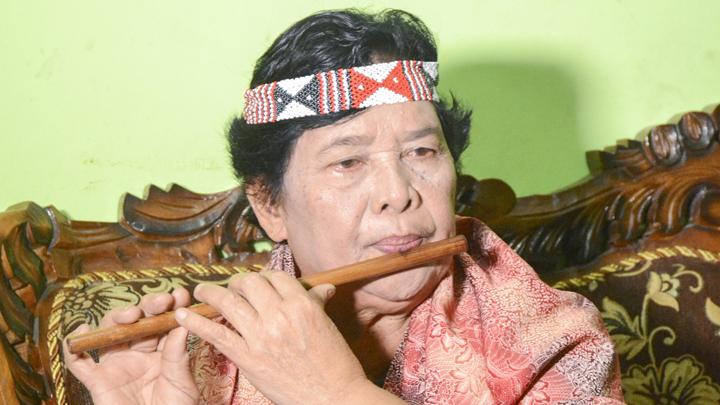 According to the local wisdom of the Kulawi people living around Gimba, lembang talu means “three times the pounding of seawater, immediately rush to the hilltops.” “We then concluded that maybe, in the old days, drums would be sounded from the top of the hell when there was danger of tsunami, so that the people would rush to the top,” Rini said.

She added that the ancestors’ oral warning against potential disasters is recorded in the name of the city of Palu itself. Locals believe that the name Palu comes from the word topalu’e, meaning ground that is lifted. “They believe that the land that is now Palu City was a plate once submerged at the bottom of the ocean and lifted due to thousands of earthquakes and extreme shakes.”

Rini sees the belief as understandable. Palu is home to Indonesia’s second most active fault: the Palu-Koro Fault. The ancestors of Palu people have done well in passing on their knowledge. “Unfortunately, this is the weakness of our literacy. Everything is only being told, only based on memory, never written, never neatly recorded,” she mourned, though these traces of past knowledge have proven to ensure the To-Kaili and Kulawi people’s safety.

Chairman of the Oral Traditions Association (ATL), Pudentia M.P.S.S., says one of the causes for the disappearance of oral traditions is the view that such traditions are mere superstitions. “So that these oral traditions are not believed in as truth and are not preserved,” she said. Ironic, since all of Indonesia’s regions are home to oral traditions, including to those that have to do with natural disasters.

Pudentia believes that communities would not abandon something that is useless. “If something has value, it can’t therefore run counter to tradition, religion, and spiritual belief, so that the thing will be in harmony with the heirs [of a culture].” Her view is that once an oral tradition is broken, nature will also fall apart. And vice versa.

The tragedy in Palu, said Pudentia, was an example of the kind of development that fails to achieve harmony because it does not prioritize analyzing the environmental impacts of cultures and instead “only relies on the physical analysis of environmental impacts.” Pudentia pointed out that since the 1800s, the people of Kaili have passed on the knowledge that coastal areas cannot support buildings, which is why they chose the hills to reside in.

Pudentia acknowledges many other oral traditions in Indonesia that are in danger of disappearing or have disappeared, despite their certain potential roles in saving thousands of lives, as was the case in the Simeulu Islands, Aceh, whose people learned about tsunamis through the story of Smong. Thanks to Smong, thousands of Simeulue Island residents survived the 2004 Aceh tsunami. Only seven died on the island, all of whom are believed to be outsiders.

Besides in Simeulu, Aceh’s local communities have age-old local wisdoms that talk about the nature of earthquakes, written in a bible containing interpretations of earthquakes. “Our predecessors were already familiar with earthquakes and tsunamis, and they recorded them. It’s just that we’ve forgotten to preserve local wisdoms,” said an observer of the Aceh culture, Tarmizi A. Hamid, who is also a collector of Aceh’s ancient manuscripts.

According to Tarmizi, the bible’s writers have remained unknown, but one can be certain that the book was written by ulama (religious leaders) and sufi philosophers around the 18th century. The 2004 earthquake and tsunami, which occurred in the morning, also matched what is written in the bible. “If in the morning a disaster [strikes], ie buena will come to [them],” says one book in the bible, referring to tsunami.

Besides earthquakes, the ancient manuscript also contains writings about ie beuna tsunami. Ie beuna is known on almost all Aceh’s coastlines, particularly in Banda Aceh and Greater Aceh—once the Kingdom of Aceh Darussalam’s center of civilization. Three major earthquakes that were followed by tsunamis were recorded in 1797, 1833, and 1861, during the kingdom’s reign, and one in 1906. The next tsunami was in December 2004.

According to Tarmizi, in the old days oral traditions that talked about disasters were very strong and were passed on throughout generations. But since the Aceh tsunami in 1906, stories about earthquakes and ie buena have seldom been told. “Times of conflict, [the people were] busy fighting and saving themselves, [they] didn’t care too much for stories about disaster mitigation. Because [they] were in the middle of a conflict disaster,” said Tarmizi.