The DPR aims to speed the deliberation of the bill on wiretapping. It has the potential to weaken the anti-corruption commission KPK.

INDONESIAN Legislation Body’s visit to Colombia and Chile earlier this year was used as a guide for Supratman Andi Agtas in drafting a wiretapping law bill. This is particularly significant for institutions that have to coordinate wiretapping. Until now, Supratman said, every law enforcement institution which has the equipment is able to wiretap without having to coordinate with others.

The House of Representatives’ (DPR) legislation body then looked at regulations in both Latin American countries, which places the attorney’s office as the wiretap coordinator. Supratman further said that only the police in those countries own wiretapping facilities. However, the police cannot just conduct a wiretapping operation: they must first notify the attorney’s office, which then has to ask permission from the court. “Wiretapping can only be done with the court’s permission,” Supratman said on Thursday, July 11.

The chairman of the DPR’s legislation body is convinced that the above regulation can be implemented in Indonesia. Indonesia, Supratman says, has a legal process in which the police issues a notification letter for the attorney’s office when it starts investigation process. Wiretapping in the future could more or less follow that path.

Thus, the version of the wiretapping bill dated September 20, 2018, has been rewritten. In the latest draft dated July 2, it says that every wiretapping operation is coordinated by the Attorney General’s Office (AGO) before it goes to the court. Wiretapping is also limited only during the investigation period. “But this is not meant to eliminate KPK’s (Corruption Eradication Commisssion) sting operation,” Supratman said.

Until now, KPK’s sting operations or OTT have been done in the preliminary investigation process, based on information obtained by wiretaps.

In the latest bill, Supratman continues, the legislation body gives an exception to rules for the KPK. “The KPK can do its job as usual,” he said.

He pointed out that the exception was made after the DPR invited the KPK in a joint meeting, asking for input for the bill. KPK Deputy Chairman Laode Muhammad Syarif, however, denied Supratman’s statement. “We have not been asked for any opinion,“ he said.

The wiretapping bill did not just come out of the blue. The draft was included in the National Legislation Program for the 2015-2019 period. After two years of silence, the wiretapping bill came up again at the same time the DPR’s right to inquire regarding the KPK’s duties and authority came into discussion. The right to inquire became a point when the KPK was investigating the electronic ID card (e-KTP) corruption scandal which involved then House Speaker Setya Novanto.

This secretary-general of the United Development Party (PPP) focused on three points in the bill. The first one is the exception for the KPK, which he says does not have a clear legal basis. Arsul says that the same wiretapping rules must apply for the KPK. “However, this is not meant to weaken the KPK,” he said.

Arsul also questioned how the AGO would go about coordinating wiretaps in the midst of its already mountainous workload. Lastly, he saw the wiretapping bill more as a law enforcing issue. It should be that wiretapping in security and intelligence institutions is also regulated in this bill, Arsul said.

This exception for the KPK was also questioned by other DPR factions. Hendrawan Suptratikno from the Indonesian Democratic Party for Struggle (PDI-P), the party of President Joko Widodo, said the exceptions seem to be a way to circumvent people’s indignation, and to prevent the KPK from being offended. “Isn’t it strange to already grant exceptions at this point? It’s better to ask the KPK’s input and integrate its wishes,” Hendrawan said.

Taufiqulhadi, member of the National Democrat (NasDem) party fraction, had similar views: the bill should have the same rules for the KPK. Ledia Hanifa from the Justice and Prosperity Party (PKS) said that the party is scrutinizing whether it is necessary that the KPK is included in the bill. “If it is to be included, there should be stern punishment if it were to be abused,” Ledia said.

The problem is that should there be no exceptions in the bill, then all the rules stipulated in it would apply to the KPK. If wiretapping rules can only be executed during the investigative phase, then the KPK could no longer do sting operations. “What is the use of wiretapping in the investigative phase, where there is already a suspect,” said Laode Muhammad Syarif.

Syarif further said that if his institution needs to process a permit from the court and coordinate with the AGO for wiretaps, it would obstruct sting operations. Wiretaps are often crucial as crimes are actually happening. Besides that, Syarif continues, the new rules would be susceptible to conflicts of interest among law enforcers. For example, Article 8 of the bill said that permission from the AGO is needed in order to wiretap the head of a law enforcement institution. “What if it were Supreme Court judges themselves who are taking bribes? What would happen to that?” he questioned.

Supratman Andi Agtas remains convinced that the wiretapping bill would be concluded by the end of this month. The bill would then be taken to the plenary meeting, which will decide if it needs to be discussed further in a special commission or DPR’s Commission III, which overlooks legal issues. “What is happening right now fits in the dynamics of discussing the bill,” Supratman said.

Sarmuji, deputy of the DPR’s legislatiion body, actually countered Supratman’s statement: he said the discussion still needs a lot of time, and that there was no hurry in making a final decision on it.

Two Versions of the Wiretapping Bill

-Paragraph 1: Wiretapping is done in the preliminary and further investigation phases.

-Paragraph 2: Wiretapping must have permission from the court.

-Paragraph 3: Wiretapping is coordinated by the AGO with the court.

-Paragraph 1: Wiretapping is done in the investigatiion phase and according to the court.

-Paragraph 3: An exception is made for wiretapping done by the KPK for suspects of corruption crimes. 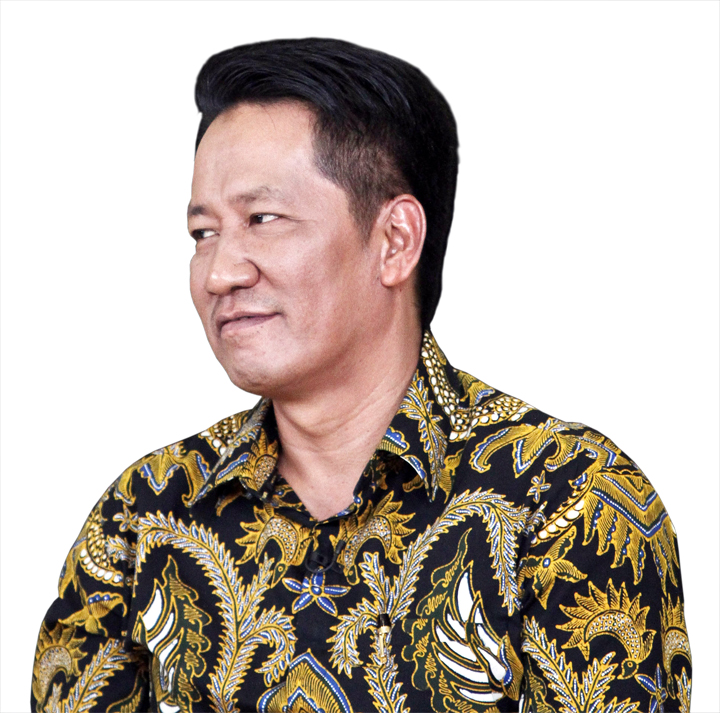