MEDAN Mayor Tengku Dzulmi Eldin’s alleged bribery case has roped in a number of parties, from bureaucrats to businessmen.

THE Corruption Eradication Commission (KPK) has investigated businessman Akbar Himawan Buchari, who is also a local parliamentarian for the province of North Sumatra, and Yamitema Laoly, son of Justice and Human Rights Minister Yasonna Hamonangan Laoly. At a restaurant in Cikini, Central Jakarta, Tengku Dzulmi Eldin’s lawyer Fadli Nasution met up with Tempo on Monday, November 18. Fadli explained his client’s case, including his relationship with the businessmen.

KPK investigated a number of businessmen, including Akbar Himawan Buchari. We received information that Akbar received a project from the Medan mayor.

Akbar has been barred from traveling abroad. The KPK has searched his house. I have asked the mayor about this, since these are businessmen he knows. But the mayor said they have nothing to do with state projects.

The KPK said that your client had met Akbar a number of times regarding the project.

The mayor said he did not involve himself with public works and housing office. If businessmen came to him, they just wanted his attention. That’s all.

The mayor knows Tema. Who does not know the minister’s son? Regarding Tema, the mayor also said that it has nothing to do with projects.

Through protocol head Syamsul Fitri Siregar, your client asked money from the regional government office chief to settle an expense gap for a trip to Japan. Is it true that your client was used to receiving such deposits?

The mayor admitted to receiving money from Isa Ansyari (head of public works and housing office) through Syamsul. The mayor said, “It is my responsibility. That’s it.” Regarding the money from Isa, Isa admitted it was his own money, and it had nothing to do with a Medan administration’s project. 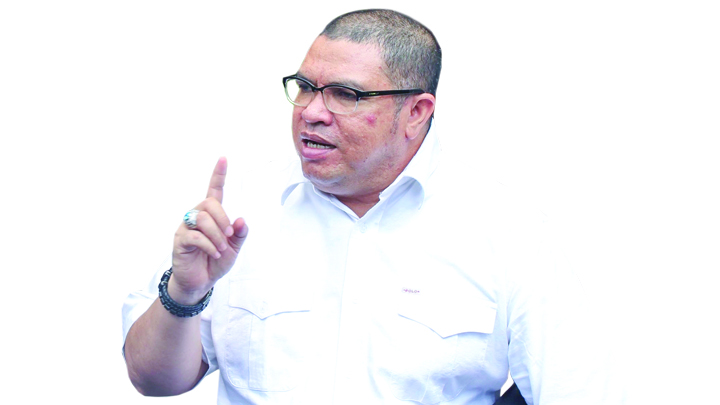 ACCUSED of delivering Rp250 million for the mayor of Medan, the city’s head of public works and housing office Isa Ansyari is now also under KPK’s scrutiny. Isa’s lawyer, Razman Arif Nasution, affirmed that his client had given money to the mayor through protocol head Syamsul Fitri Siregar. Razman explained the case to Tempo on Tuesday, November 19.

Why did Isa transfer money to the mayor?

He has only been department head for eight months. The money came from Isa’s own salary, not from a project or a contribution. He said that it was purely to help out. He was asked to jump in when the mayor was about to go to Japan. So, he did just that.

The money did not come from associates of the public works office?

He assures that the money does not come from associates.

Regarding this case, the KPK has also investigated some young entrepreneurs.

The money needed was between Rp800 million and Rp1.2 billion. There was not enough money. Maybe other people helped out.

These entrepreneurs are said to have received projects from the public works office and paid a commission to your client.

He is only in this position for eight months. No projects are running yet.

One of the businessmen is Akbar Himawan Buchari. According to the information we received, your client was the one who deposited money to Akbar.

My client said he doesn’t know about that.

At the public works office, the KPK has found notes about a list of projects and its apportionment.

I have asked my client about this. He seemed to be relaxed about it and did not respond.

We received information that Akbar was the one who recommended that Isa become department head. How close is Isa to Akbar?

That’s possible. Akbar is a local parliamentarian for North Sumatra. If Akbar helps him out, I think that’s reasonable. Maybe he has a good relationship with the mayor.