The church purportedly became a hideout of the armed group when they were given chase by a joint Indonesian Military (TNI) and Police team. Firefights continued until the armed group retreated to the Optiwak region. Thousands of the area’s inhabitants had previously evacuated to Timika Regency.

Two days after the church was set alight, four members of the armed group were killed in a firefight. The joint TNI-Police team confiscated three guns and several traditional weapons.

COORDINATING Minister for Political, Legal, and Security Affairs Mahfud Md. said that, despite the coronavirus outbreak, the government is not making changes to the simultaneous regional head elections due in September 2020. “There is no change of plan,” said Mahfud during an online press conference on Tuesday, March 17.

The Covid-19 mitigation acceleration task force has extended the emergency response period until May 29. During this period, two stages of the regional election are scheduled to take place, the factual verification of individual support documents in March 26 to April 15, and data update research and matching in April 18 to May 17. Preparations for the regional election, according to Mahfud, are currently ongoing. 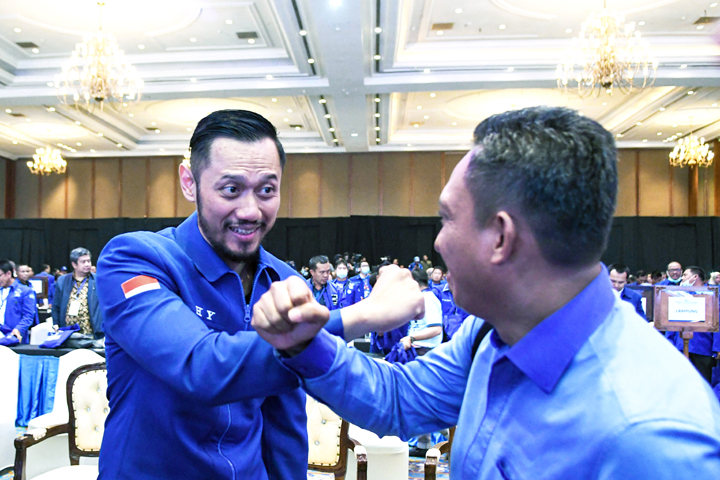 In his speech during the congress’ opening, Yudhoyono declared that he will remain in the party. “We will all stay here and fight together,” he said. Agus promised that he will bring Democrat Party back to glory like during his father’s leadership.

People’s Consultative Assembly (MPR) Speaker Bambang Soesatyo expressed his appreciation towards Agus’ election. He said that the younger generation must be given the chance to lead.