The First Victims of the Market Crash


Air travel and tourism are the first industries to be hit by the Covid-19 pandemic. A number of rescue policies are being prepared.

THE transportaion ministry’s decision on Thursday, March 19, was a relief to Irfan Setiaputra, the CEO of Garuda Indonesia. The directorate-general of air transport is keeping international routes open, except those to and from China, even though the foreign ministry has limited passenger travel in relation with the Covid-19 pandemic.

This means that Garuda will still be able to service return flights to Australia and the Netherlands. Not just for business purposes, Irfan points out, but also because these international flights are needed to facilitate movements of Indonesian citizens who want to return from those two countries. “Also, Dutch and Australian citizens who want to return to their countries,” Irfan said on March 20.

Garuda is also under pressure by the chain reaction of the corona virus outbreak. This became more intense for this state-owned carrier since the end of February, when Saudi Arabia closed its access for umrah, a minor pilgrimage to Mecca. In normal situations, Garuda flies up to four times a day to Mecca. After the limitation, the airline is forced to fly its jets empty in order to take home passengers who are already there.

Finding a solution for this problem is even more difficult. Garuda’s plans to open new international routes, which were coined following the decision from Saudi Arabia, are now an uphill battle as the World Health Organization officially called the Covid-19 a pandemic on March 11. Until March 18, the corona pandemic has reached 159 countries. 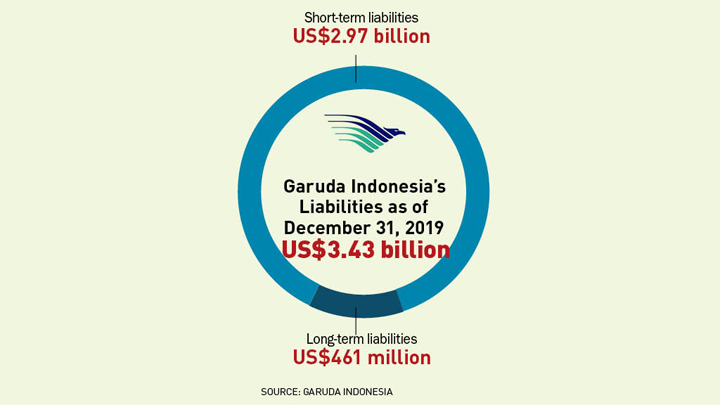 This condition has put even more pressure on this company which, like other carriers in the world, has been facing the problem of lower passenger rates even before corona came into the picture. However, Irfan assured that Garuda is not yet cutting domestic flight frequencies.

Last January, Irfan had expressed plans to streamline Garuda’s debts which were about to be due. Refinancing options were put on the table, including plans to hire mediators to communicate with potential creditors in order to get the cheapest possible loans.

Before even carrying out this scenario, a new problem arose in the financial market. Pressure on the rupiah since late February continues to worsen. On Friday, March 19, the rupiah nosedived to Rp16,273 to the US dollar, the lowest since the 1998 Asian financial crisis. Irfan has now prepared a new option: asking for a rescheduling of its debts. “We will ask for a rescheduling,” Irfan said without going into details.

The airline industry is heavily bleeding due to the corona pandemic. The International Air Transport Association (IATA) dubs this period as a ‘disaster’. 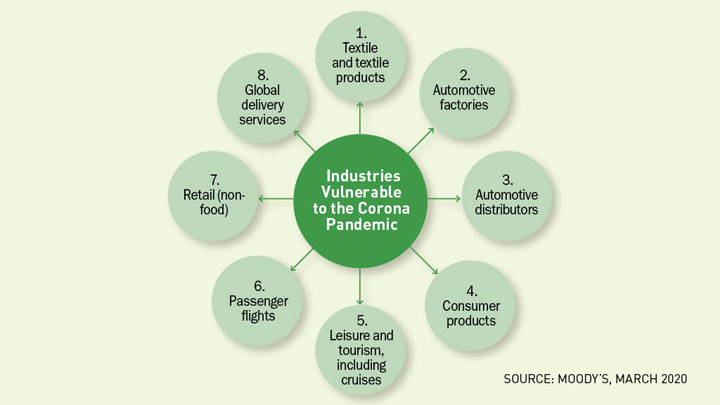 Alexandre de Juniac, director-general and CEO of IATA, said the impact of Covid-19 on the airline industry is much worse and widespread compared to the 9/11 tragedy in 2001, the SARS epidemic in 2003, and the global financial crisis in 2008. European air travel, for example, crashed to its lowest point in history. “Some flight markets are 90 percent lower compared to last year,” Juniac said on March 19. “Millions of workers are on the line. The carriers are struggling to stay afloat.”

This situation confirms Moody’s reports saying that the corona virus has ravaged industries related to travel and interfered with supply chains. Hotels, restaurants, air travel, and delivery services are the sectors most hard hit because they are so dependent on people’s movements and trade.

In Indonesia, the lower number of passengers due to cancelations and lower flight frequencies is visible at the Soekarno-Hatta International Airport in Tangerang, Banten. The authorities at Indonesia’s main airport noted that people’s movements have gone down drastically since the beginning of this year. 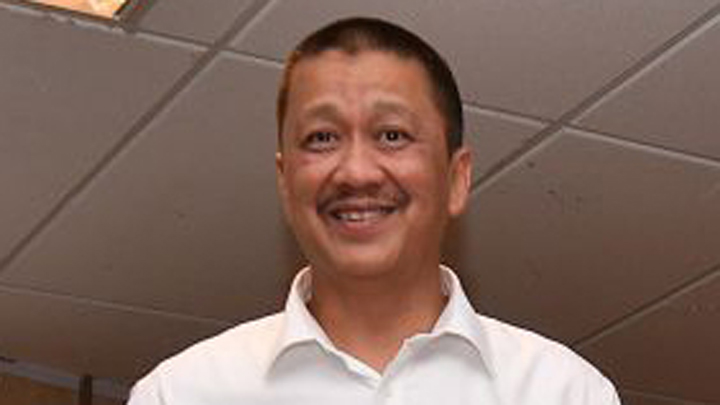 PHRI Secretary-General Maulana Yusran said that current hotel occupancy rate is only between 20 percent and 30 percent, not nearly enough to cover operational costs, which needs at least a 60 percent occupancy rate. “Many trips have been canceled,” he said.

The option mentioned at the meeting to close the deficit, including those from the government, now also seems to be impossible. The policy of limiting activity and working from home has killed the hope of this sector. 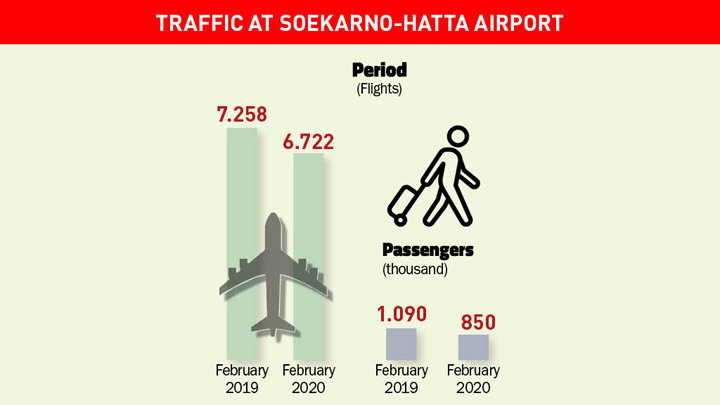 Industry players have asked the government to provide stimulus packages, such as loosening up income tax payments in articles 21, 23 and 25 of the Income Tax Law. Just like Garuda is doing, these actors are proposing a ‘leave’ from their obligation to pay their credit installments. “The condition is such that we can’t come up with the installments. We can’t pay,” Maulana said.