Case investigation by the KPK declines under the chair of Firli Bahuri. Sting operations cannot be conducted because of convoluted red tape to obtain permits.

THREE days had passed and the Toyota Innova with the ‘L’ plate could still be seen going to and fro in Sukowono village, Jember, East Java. At times, the car with three passengers driven by a driver would park in front of the village office.

These odd comings and goings triggered the suspicion of the Jember village residents. On a Tuesday evening early in February, the villagers finally mobbed the car as it parked at the end of the alley leading to the home of Sukowono village head, Kholifah. “The mob almost beat them up because they refused to show their ID cards,” said Kholifah, relating the incident, March 25.

The villagers thought the passengers in the car were members of a child abduction ring. At the time, kidnapping was the topic of the day for the village residents. Even though surrounded by an angry mob, the car’s passengers, two women and a man, remained reluctant to show their identities.

Sukowono subdistrict head, members of the region’s military command, and officers from the local police station had to step into the fray. And still the vehicle’s passengers chose to keep mum. “They said they parked there simply to take a nap,” said Kholifah.

To prevent the mob from going berserk, the security officers took the Innova passengers to the Jember Police Station. The three finally relented. They admitted to being staff of the Corruption Eradication Commission (KPK) in the middle of monitoring a case. 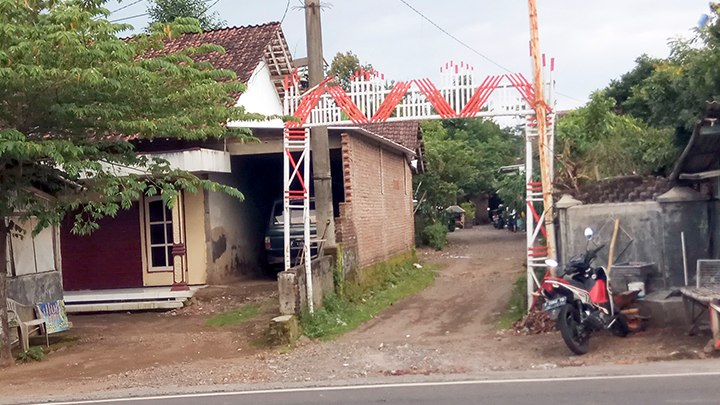 KPK ad interim spokesperson, Ali Fikri, verified the information that KPK personnel had been detained by residents of Jember. He said the team was conducting a covert investigation—the term used by the KPK when gathering facts from the field—to look into a case of corruption in the renovation project of uninhabitable houses (deemed unfit for living—RTLH) by the Jember Regency administration.

Now the fact-gathering operation had flopped, the KPK continued with an open investigation, calling people up to give information. “The field dynamics had changed,” said Ali Fikri.

According to a law enforcement officer in the know about the process, KPK’s investigation into the RTLH case had not begun with a wiretap to the perpetrators’ communications. The reason was, getting permission for wiretapping from KPK leaders took a long time. The team went directly to Sukowono to find hard evidence as soon as they obtained information there would be a cash hand-over.

Long-winded permission procedures indeed are the norm in the current KPK. The Jember case is not the only one, said the law enforcer. Requests to wiretap now takes three months. This has impacted sting operations. The current KPK also no longer nabs bribery perpetrators, because incidents of cash hand-overs go undetected for lack of permission to wiretap.

KPK under Firli Bahuri, Alexander Marwata, Nurul Ghufron, Lili Pintauli Siregar, and Nawawi Pomolango did twice conduct sting operations. The KPK team caught General Election Commission (KPU) commissioner Wahyu Setiawan, and the Sidoarjo Regent Saiful Ilah in January. But the instruction to investigate and permits to wiretap in the two cases had been issued by the previous KPK leaders.

In fact, KPK investigators had been preparing a number of other sting operations. According to two law enforcement officers, whom Tempo met separately, the plans fell apart because leaks occurred during the process of obtaining wiretapping permits.

Besides a lack of sting operations, KPK leaders no longer opens new cases. Since their installation by President Joko Widodo on December 20, 2019, Firli and colleagues have signed off some 60 letters of investigation in the last three months. But a large number of the cases had already been under investigation by the previous KPK management. In other words, the present KPK was merely extending existing letters of instruction to investigate.

Moreover, the present KPK does a lot of ‘yielding’. For example, according to the two law enforcement officers, the KPK had been looking into suspicion of corruption in Asuransi Jiwasraya since mid-2019. Investigation into the case was discontinued because Firli ‘gave way’ to the Attorney General’s Office (AGO) to conduct it. The AGO only began investigations in November 2019. 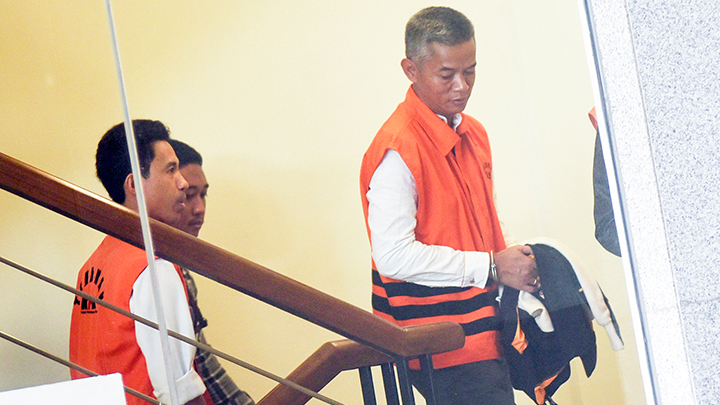 Investigators had also been preparing to handle suspected corruption in Asabri from early 2020. The investigation went nowhere after the National Police’s Criminal Investigation Department came in to handle the case.

The present KPK’s lackluster performance has been exacerbated by the fact that four fugitives whose cases grabbed public attention are still on the run. The KPK has lost track of former Supreme Court secretary Nurhadi Abdurrachman, his son-in-law Rezky Herbiyono, and businessman Hiendra Sunjoto. The three are bribery suspects in Supreme Court cases. The same applies to Harun Masiku. The man who bribed KPU commissioner Wahyu Setiawan has also disappeared.

In the Harun Masiku case, the KPK leaders instead chose to make things simpler. They shoved aside suspicion of involvement of high-ranking people in the Indonesian Democratic Party of Struggle (PDI-P), despite the fact at the time, when Wahyu Setiawan had just been detained, indications in that direction were very strong. As a result, the case stopped at Harun Masiku.

Firli Bahuri refuted the accusation that the KPK is too lazy to open new cases. He is of the opinion, the small number of actions is proof of KPK’s success in prevention measures. “My response is that probably, preventive measures are successful. For sure we will do evaluation, but it doesn’t mean we are not working,” said Firli in mid-March. During the selection process for their candidacy as KPK heads, Firli and his four colleagues indeed supported the idea of preventive programs rather than active measures.

Firli said the KPK has three weapons: prevention, active law enforcement, and the combination of the two. The three-star police general admitted to supporting prevention from the outset when he took up the reins of the anti-graft agency. To him, thus far, sting operations took place on cases of procurement of goods and services, financial governance, public services, and bureaucratic reform. “This is what led to our spirit of coordination with (government) ministries,” he said. Firli was previously KPK deputy for law enforcement.

Though it upholds preventive measures, said Ali Fikri, case-handling still continues. He said, the two sting operations in early January is proof of KPK achievement under Firli. “Determining the suspect was a product of the present KPK, needing much thought and deliberation,” said Ali.

He said that sting operations were merely one method the KPK used for shock value in order for prevention measures to work. Prevention programs, said Ali, would be ineffective if not conducted hand in hand with sting operations.

Ali refuted the information that convolutive wiretap permits have impacted sting operation plans. He said, coordination between KPK leaders and the Advisory Board runs smoothly, making permission to wiretap a procedure that only takes 24 hours. “I know this for sure, nothing of significance hampers this,” he said. 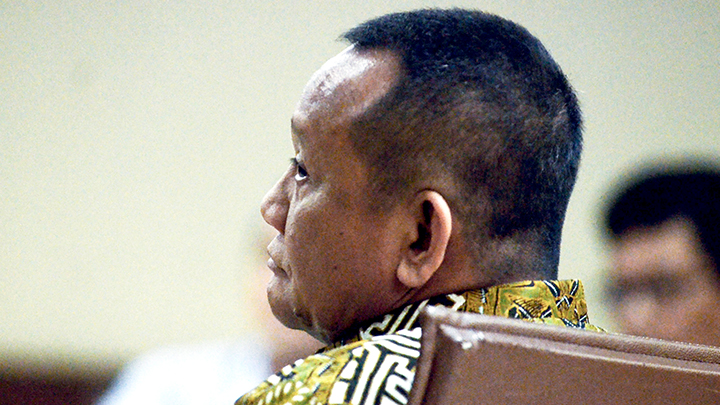 In the matter of enforcement, Ali claims that the KPK has not been slack. In the past three months, the commission has issued 63 letters to investigate and 24 letters of instruction to conduct investigation. According to Ali, the KPK team has continued to pursue the four fugitives, despite the corona outbreak scare. “I was just in communication with the team handling Nurhadi and friends. They are still on the job,” he said.

Yet KPK’s performance under Firli Bahuri is unsatisfactory to anti-corruption activists. Indonesia Corruption Watch researcher, Kurnia Ramadhana, noted, in the 100 days of Firli’s leadership, the KPK has been lackluster and is riddled with controversy.

Taking the case of Harun Masiku, after the news broke, the KPK was way behind in their information. The commission stated denial of Harun being in-country, when even Tempo found firm proof that Harun was in Jakarta. After that, the KPK lost all track of the man, as was the case with Nurhadi.

The number of enforcement cases has also dropped drastically. Kurnia noted, in the 2016-2019 period, the KPK conducted 87 sting operations and nabbed 327 suspects. In over three months under Firli Bahuri, KPK has only conducted two operations. “And even then, the investigations were ones instigated during (former KPK chair) Agus Rahardjo’s time,” said Kurnia.