KPK’s Supervisory Council is evaluating the performance of Commissioner General Firli Bahuri and his colleagues. Most of the problems are in the enforcement division.

DURING the Corruption Eradication Commission’s (KPK) quarterly evaluation meeting on April 27, its Supervisory Council asked about the performance of chairman Comsr. Gen. Firli Bahuri, and his four deputies. The Council focused on 18 problems that have happened since Firli and friends were inaugurated as leaders of the anti-graft agency on December 20 last year.

One of Council members, Albertina Ho, grilled them about the reinstatement of KPK investigator Comsr. Rossa Purbo Bekti to his original institution, the National Police, in mid-January. According to Albertina—as mentioned by some people who attended the meeting—the KPK should have denied the police’s request because Rossa has not completed his term in the commission yet. This is also regulated by Government Regulation No. 103/ 2012 on the management of KPK human resources.

The issue is especially important since Rossa was investigating the case of bribery implicating General Election Commission’s (KPU) commissioner, Wahyu Setiawan. The National Police Headquarters had canceled Rossa’s reinstatement, but Firli insisted on it. As a result, Rossa’s status became unclear.

Albertina also mentioned a statement by KPK Deputy Chair Nurul Ghufron about how the search at the Indonesian Democratic Party of Struggle’s (PDI-P) office in January was problematic because it was not approved by the Council yet. She said that it was impossible for the Council to issue a permit when no request for a warrant was submitted. Several people who attended the meeting said that Albertina was angry when talking about it.

When asked about what she said in the meeting, Albertina did not say much. “This was only a follow-up from last week, and this is an internal thing,” the former deputy of Kupang High Court said on May 6. 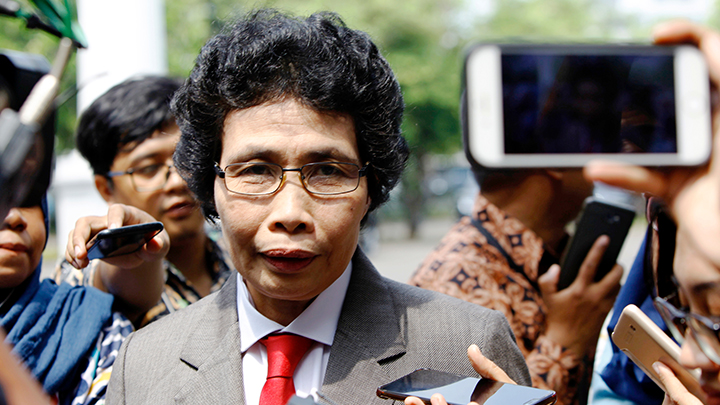 Albertina did not stop there. She also questioned KPK’s ability to hunt down suspects who became fugitives, including Harun Masiku, the man accused of bribing Wahyu Setiawan. The former legislator candidate from the PDI-P escaped when he was about to be arrested during a sting operation on January 8.

In addition to Harun, there are seven other people on the KPK’s most wanted list. The Supervisory Council compared KPK’s performances today and in the past—when it was able to capture fugitives overseas. According to some meeting attendees, Fikri responded with little words to what the Council had to say.

Council Chairman Tumpak Hatorangan Panggabean said the meeting was divided into two sessions: one to discuss KPK’s duties and authorities, and another to evaluate its leaders. “Concerning KPK’s implementation of duties and authorities, the Supervisory Council found 18 problems from various deputies. The most discussed were from the office of the deputy for enforcement,” Tumpak said.

This evaluation meeting was the first since the Supervisory Council was established. Initially, the meeting that was attended by all members of the Council and leaders and structural officials of the KPK was held at the auditorium of KPK’s old building in Rasuna Said, South Jakarta, on April 27. But because many issues were left undiscussed, another meeting was held on Wednesday, May 6.

The letter stated that the state assets at the geothermal power project in Central Java could not be handed over to private parties in dispute with the state company working on the project. According to the Council, the letter was unnecessary. When asked about the evaluation, Pahala refused to elaborate, saying it was “not for public consumption.”

The Supervisory Council then evaluated KPK leaders’ performances. Tumpak Panggabean said that the council gave its views about ‘stakeholders’, ‘internal processes’, ‘growth and learning’, and ‘financial perspectives’. “In conclusion, improvements will be made,” Tumpak said.

The evaluation by the Supervisory Council continues. They analyzed the 2019 Government Agency Performance Accountability Report (LAKIP)—the first ever correction for the report. Before it was submitted to the Supervisory Council, the LAKIP was audited by the KPK’s internal supervisor. The Council then provided recommendations for every problem that arose. With evaluations from the Council, the offices of deputies cannot compile reports carelessly.

KPK acting spokesman Ali Fikri said that the evaluation was a common process in every institution. “For the issues conveyed by the Supervisory Council, solutions must be found,” Ali said.

KPK Chairman Firli Bahuri was unwilling to reveal the evaluation results, saying that a solution had been agreed thus it became irrelevant to expose the problem. “I’m sorry, but we cannot reveal that. The party is over, it is our job to clean the plates,” he said in a hearing between the KPK and the House of Representatives’ (DPR) Law Commission on April 29.

Firli admitted that there had been problems during his first quarter as KPK chief. The former chief of the Police’s security maintenance agency said that it is a normal thing in an organization. “We encounter problems, we find solutions, then we agree on them,” he remarked.

While Firli was unwilling to reveal the evaluation to the DPR, Tumpak was the other way around. The Supervisory Council’s report will be submitted to the president and the DPR once every year.

THE issues highlighted by the Supervisory Council may be repeated. The KPK’s new deputy of enforcement, Insp. Gen. Karyoto, had asked his men to change the way cases are handled.

After he was inaugurated in mid-April, the former deputy police chief of Yogyakarta reportedly asked for a more ‘selective’ method for sting operations. According to a number of KPK employees, Karyoto said he did not want his subordinates to arrest regional heads too often, as it does not provide a great impact to the eradication of corruption.

According to the sources, Karyoto also asked for investigations’ case building period to take just three months. He also said that anyone who disagrees with his method can leave the KPK. Furthermore, Karyoto required for two investigators and once public prosecutor to be involved in every case from the beginning. 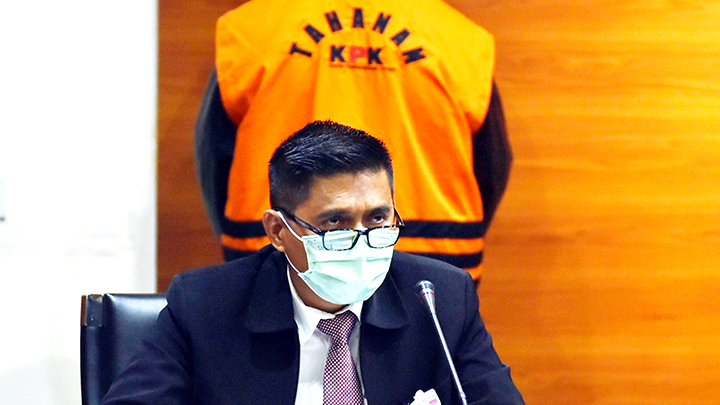 When asked for confirmation about his style or work, Karyoto did not respond. He hung up the phone and never replied to Tempo’s text messages. KPK acting spokesman Ali Fikri said that there needs to be further reviews about the effects of KPK’s sting operations.

Karyoto’s style is the total opposite of former KPK leaders, who were aggressive in investigating each case. From 2015 to 2019, there were 87 arrests with 327 preliminary suspects apprehended. The KPK also inquired 498 cases, investigated 539 cases and prosecuted 433. There were 286 verdicts with permanent legal force made and 383 executions in the past four years.

Former KPK deputy chair Saut Situmorang said that sting operations are important for finding clues to solving other cases of corruption. Capturing people red-handed during a bribery is also an effort to prevent larger-scale corruptions from happening.