Something Amiss in Court


A number of key witnesses in the case of acid attack against Corruption Eradication Commission investigator, Novel Baswedan, were not presented by the prosecutor to court. Their testimonies are different compared to what is described in the indictment.

FOR 10 days in a row, two individuals would come before dawn to Nono’s coffee shop in Jalan Deposito, Pegangsaan Dua, Kelapa Gading, North Jakarta. They always had the same drinks before leaving just as the sun began to rise. One man, stocky in stature, would order milk, while his leaner friend would have coffee.

Nono’s remark is different from what is described in the indictment against Rahmat Kadir Mahulette and Ronny Bugis, two members of the Police Mobile Brigade who are accused of attacking Novel. Rahmat, according to the prosecutor, had been spying on Novel’s home around midnight on his own. This surveillance allegedly took place on April 8, 2018, or three days before the attack.

The indictment says that Rahmat only asked Ronny to accompany him to go around Novel’s house on the day of the attack. Rahmat did not tell Ronny about his intention, nor the acid he had prepared. He devised a plan to attack Novel after the subuh (dawn) prayer at Al-Ihsan Mosque, tens of meters away from the investigator’s home. Rahmad asked Ronny to drive the motorcycle while he rode on the back seat. They approached Novel who was walking home, then threw acid on his face.

Novel lost his sight because of the attack. His left eye could not be saved even after going for treatment in Singapore, while his right eye is worsening. Rahmat is described by the indictment as having used acid from a vehicle battery to attack Novel. He obtained the liquid from a Police Mobile Brigade vehicle pool in Kelapa Dua, Depok, West Java. 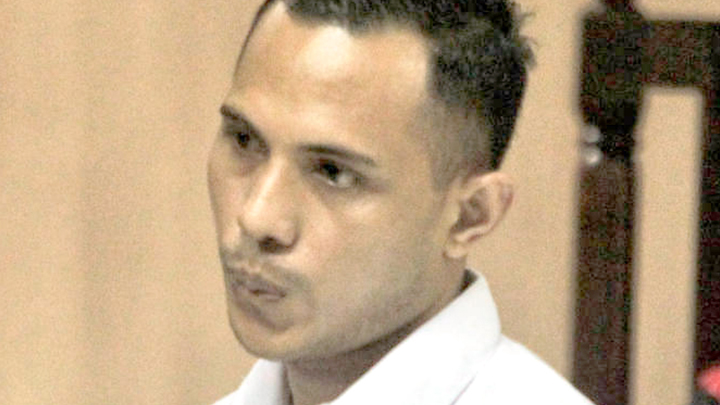 Nono’s version of the chronology of events is corroborated by 61-year old Setiyono, a neighbor of Novel, who said that he saw a suspicious stranger some three weeks before the attack. The stranger, who looked rather thin, spent some time sitting by the side of a ditch across Novel’s house. He only saw another stranger, a stout man, the following day near the mosque.

Setiyono is not sure that both strangers had been Rahmat and Ronny Bugis. He tends to agree with the sketch of the perpetrators that was made by Tempo and the police during investigation. This face drawing points to the involvement of two men known by their HH and MO initials. Later on, the police dismissed suspicion of the two men’s involvement. They were each in Malang, East Java, and Bogor at the time of the event, according to the police.

The imam of Al-Ihsan Mosque, 41-year-old Abdul Rahim Hasan, also expressed doubts toward the indictment. He suspects that the surveillance on Novel was conducted a day before the attack. When he was going for the dawn prayer at Al-Ihsan, Hasan saw a man who looked similar to Ronny. The man came on a motorcycle with another man who wore a black jacket.

Hasan did not recognize the man in black jacket because he put on a full-face helmet covering his entire face. When he passed by them, the men were sitting on the motorcycle while leaving the engine running. Their motorcycle, according to him, was a Yamaha Byson, not an automatic scooter as the defendants said in their case files. “They did not pray, only waited outside of the mosque,” he said.

Nono, Setiyono, and Hasan said that they have delivered their testimonies to the police. However, their investigative brief was not used by either the police or prosecutor as part of the evidence. They do not know why they still have not received the summons to testify in court. “A lot of other witnesses in the neighborhood were not summoned as well,” said Hasan.

Court documents mention that the prosecutor would only bring in 22 witnesses. Those summoned are people with knowledge of the incident during and after it took place. “This scenario of evidence will not explain the event as a whole,” said Novel’s lawyer who is also Commission for Missing Persons and Victims of Violence Coordinator, Yati Andriyani.

Yati said that, in order to prove that the attack was systematically planned, it is imperative to obtain remarks from witnesses who have knowledge of events prior to the incident. This is also necessary to investigate the involvement of other individuals, or the mastermind behind it. “The judge must dare to pursue the facts amid doubts from the public and victim,” she said.

Coordinator of Novel Baswedan’s Advocacy Team, Arif Maulana, has the impression that the prosecutors are not serious in pursuing the facts. During his testimony in court, Novel was treated as if he was a defendant. The prosecutors repeatedly barraged Novel with inquiries regarding the abuse of a perpetrator in the case of bird nests theft when he was serving as a police officer in Bengkulu in 2004.

Arif said that case has no bearing on the trial of Ronny and Rahmat. Therefore, attempts to present it as a background motive of the attacker are baseless. An examination by the Indonesian Ombudsman also concludes that the bird nest theft case is an effort of criminalization against Novel. “This issue is brought back to surface to divert public’s attention,” said Arif. 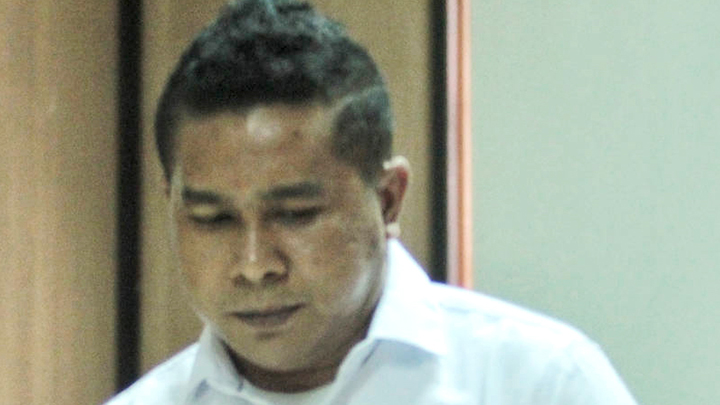 Another surprising irregularity is found in the testimony of 41-year-old Nursalim. He is a witness who moved the gamis (Islamic robe) worn by novel from the ablutions area to the porch of Novel’s house. When testifying in court on May 6, he said that he saw changes on the robe. The part where the acid splashed on it was gone. “It looks like it was cut out,” he said.

Nursalim said that he felt a sort of heat on his hands when moving the robe. He said that the acid should have left visible marks on the items it touched. Stains from the acid, for example, are still found on the house’s fence and concrete floor until now. He said he no longer saw such stain on the robe currently held as evidence against the two defendants.

National Police’s Public Relations Chief Insp. Gen. Raden Prabowo Argo Yuwono refused to comment on the irregularities surrounding the trial of the defendants, or the examination of important witnesses who were not summoned to court. He chose to leave evidentiary process to court. “Let the judge decide later,” he said.

Jakarta High Prosecutor’s Office of Information Chief Nirwan Nawawi gave a similar response. He said that he has no knowledge on the number of witnesses examined by the police or the reason behind their selection for court. “Let me complete my data first,” he said.

In order to prevent the court from becoming a staged performance, Novel’s advocacy team sent letters to the Supreme Court Supervisory Body and the Judicial Commission requesting them to monitor the trial. Another letter was also sent to the Public Attorney Commission  “Do not let this become a misguided trial,” said Andi Muhammad Rezaldy, a member of Novel’s team of lawyers.