A Message from Malaysia


Joko Tjandra used his networks to lobby law enforcers in Indonesia. His networks include a coordinating minister and the Malaysian attorney general.

THE event for Chinese and Southeast Asian law enforcement officials was held in Nanning, China, December three years ago. All ministers and attorney generals from Association of Southeast Asian Nations (ASEAN) member states were present to discuss most recent regulatory developments with their colleagues from China. Indonesia was represented by then-attorney general, Muhammad Prasetyo, as well as Minister of Justice and Human Rights Yasonna Hamonangan Laloly. All of a sudden, during the conference, Malaysian attorney general Tan Sri Mohamed Apandi Ali gave Prasetyo a message. He asked for some private time to discuss an important issue.

Prasetyo agreed without suspecting anything out of the ordinary. Indonesia and Malaysia’s relationship indeed often involves transnational criminal affairs, which also fall under the jurisdiction of both countries’ attorney generals. Several issues, such as human trafficking and illegal labor, can be resolved by coordinating properly with Malaysia.

Unexpectedly, the Malaysian attorney general broached a topic that had nothing to do with what Prasetyo had assumed. “He asked me to talk about the resolution of Joko Tjandra’s case,” Prasetyo said on Friday, July 3. Apparently, the ‘Joker’—the Bank Bali graft suspect’s nickname—wanted to send Prasetyo a message through Apandi Ali.

The Malaysian law enforcer relayed Joko Tjandra’s message plainly. Joko wanted to end his eight-year escape from the law in another person’s country. But he would only be willing to return home if he was cleared. In return, Joko promised to bring his assets home to Indonesia. “He claimed that he wanted to invest for the sake of Indonesia’s economic growth, rather than benefit another country,” said Prasetyo. 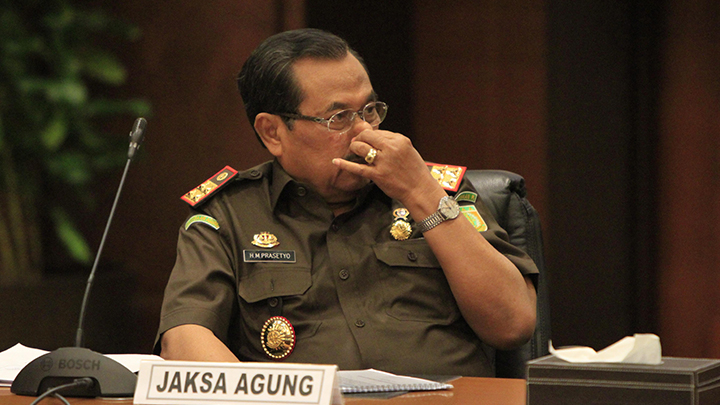 The meeting ended without reaching an agreement. The Malaysian attorney general had to return to Kuala Lumpur without results. Prasetyo completely rejected Joko Tjandra’s request. “An amnesty for a case like that could serve as a bad precedence for our law enforcement,” said the Nastional Democrat (NasDem) Party politician. As of last weekend, Tan Sri Mohamed Apandi Ali had not yet responded to our request for confirmation.

After receiving the message, Prasetyo began to understand why Indonesia’s extradition request for Joko Tjandra was never granted by Malaysian authorities. “With connection and money, it was easy enough for him to do anything he wanted,” he said.

Joko’s audacity to negotiate his punishment signaled confidence on the part of the tycoon from Sanggau, West Kalimantan. It were as if Joko knew precisely that without his willingness to voluntarily turn himself in, the Indonesian Attorney General’s Office (AGO) would have no power to force him to return home.

In fact, at the time, law enforcement had already managed to trace Joko’s travels between Malaysia and Singapore. He was able to move freely because he was using a Papua New Guinean passport under the name Joe Chan. Joko has been using the name since 2012.

Indonesian Ambassador for Papua New Guinea and the Solomon Islands, Andriana Supandy, says the Papua New Guinean government has never revoked Joko’s citizenship. But when he applied for a passport under Joe Chan, the fugitive manipulated his citizenship data. Joko, who was born on August 27, 1951, claimed that he was born on September 27, 1963.

Andriana ensured that the Indonesian embassy for Papua New Guinea continued to monitor Joko while he was in the country. He even knows when Joko last renewed his passport. “His Papua New Guinean passport will expire in 2023,” said Andriana.

Perhaps this is why Joko rarely stays long in Port Moresby, especially after the Papua New Guinean media and parliament exposed the irregularity in the processing of his passport.

It is only natural that the Joker’s maneuvering has always succeeded. In 2016, one year before the event in Nanning, Joko Tjandra’s wife, Anna Boentaran, visited the Constitutional Court. She applied for a judicial review of the corruption case that implicated her husband.

Constitutional Court proceedings for the judicial review lasted swiftly, under the public eye. Joko came out the victor. The panel of constitutional justices withdrew the Criminal Code article that gave prosecutors the authority to request a judicial review.

Not long after the decision, Prasetyo received a summons from then-coordinating minister for political, legal, and security affairs, Wiranto. He hurried to fulfill his boss’ invitation to meet privately at the minister’s office in Jalan Merdeka Barat, West Jakarta.

There, for the umpteenth time, Prasetyo was shocked by Joko Tjandra’s influence. As it turned out, Wiranto called Prasetyo to ask him to study the recommendation to clear Joko from his legal embroilment based on the Constitutional Court decision. It was the same exact request that Joko Tjandra’s wife made, which was also directly communicated to Prasetyo.

But Prasetyo did not budge. “A decision like this isn’t ex post facto, Sir,” said Prasetyo, quoting his explanation to Wiranto at the time.

Unfortunately, we have not been able to meet with Wiranto to ask about this information. As of last weekend, Tempo’s interview request, sent through his adjutant and two personal staff had not received a response. 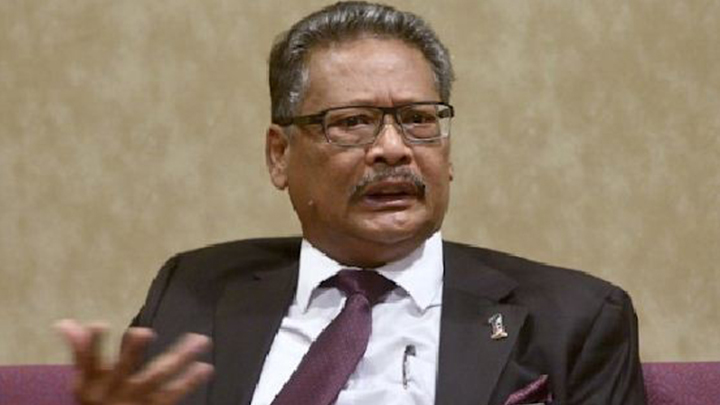 Prasetyo ensures that during his five years as attorney general, the AGO never withdrew Joko Tjandra’s fugitive status. “So the red notice still applies to him because it was never revoked,” he said firmly.

The red notice status is the cause behind the confusion between the AGO and immigration directorate-general. The two institutions blame each other for allowing Joko into Jakarta, three months ago.

Attorney General Sanitiar Burhanuddin claims he never scratched Joko’s name off the list of fugitives. Meanwhile, Minister of Justice and Human Rights Yasonna Hamonangan Laoly claims immigration did not apprehend Joko at the border because according to Interpol, Joko’s name was no longer on the red notice list. “We only put Joko’s name back on the wanted list after the AGO made the request on June 27,” said Yasonna.

Joko Tjandra’s attorney, Anita Kolopaking, does not see anything wrong in the lobbying that her client has done with high-level officials. She stresses that his lobbying will not influence the verdict. Anita believes that a legal verdict must be fought with another legal verdict. This is why, says Anita, Joko Tjandra continues to request for a judicial review. “Bapak is ready for a life sentence if he is indeed guilty. So far he has resisted because he is certain of his innocence,” said Anita.

Nevertheless, she admits that for this time being, Joko has chosen to remain in Malaysia. “Here (Malaysia) Bapak is welcome by the government. At this time many property projects are being developed (by Joko).”

Anita also stresses that her client is not at all in hiding. “It’s a lie that Indonesians are unaware of Bapak’s activities in Kuala Lumpur.”