Committee Created After the Rage


Dissatisfied with the performance of his ministers, President Jokowi established a new entity to deal with the effects of the Covid-19. Some doubt its effectiveness.

AFTER a meeting with President Joko Widodo at the State Palace on Monday, July 20, Coordinating Minister for the Economy Airlangga Hartarto stated the government is convinced the country’s recovery from the Coronavirus Disease 2019, or Covid-19, will take some time. He said this has pushed the President to form the Covid-19 Response and National Economic Recovery Committee.

Airlangga said the commitee was the wish of President Jokowi for the handling of economic recovery and the pandemic to be executed by the same entity. “So that programs planned can be executed in tandem,” he said at the Palace that day.

State-Owned Enterprises (SOEs) Minister Erick Thohir, appointed as executive chairman of the committee, said the team will make routine performance and program reports to the President. Similar to Airlangga, Erick claimed the commitee was established not only to prioritize economic recovery, but to also deal with public health matters. “The committee’s programs will boost the community’s purchasing capacity,” he said. 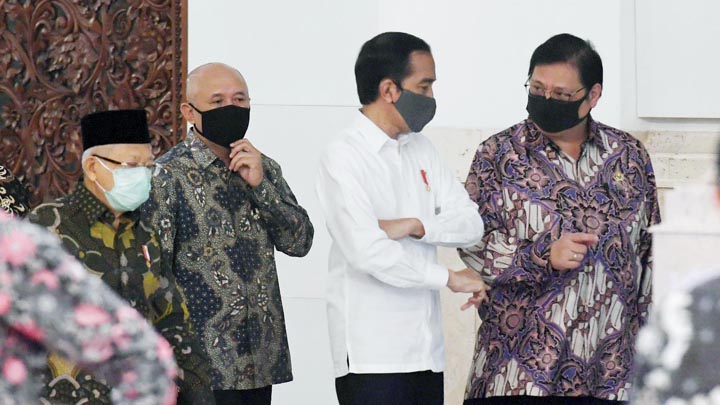 Two government officials in the know about the formation of the committee revealed that President Jokowi had in fact planned to create two task forces to handle Covid-19 matters since early March. The first team would focus on health issues, which later became the Covid-19 response acceleration task force led by Chief of the National Disaster Mitigation Agency Doni Monardo. The second team would have been tasked with overcoming economic problems. But, said the two, the economic task force never came to fruition because the government frantically prioritized dealing with corona positive cases whose numbers continued to escalate.

Establishing a two-in-one health and economic team was rapidly executed after the President blew up in rage in front of his ministers during a plenary cabinet meeting on June 18. In the meeting, Jokowi made the assessment that his cabinet had no sense of crisis. He highlighted some ministries’ low capacity for expending their budget. Jokowi said expenditures by ministries would increase the circulation of cash within the community.

The same two sources said Jokowi made note of the slow-footedness of several government institutions in responding to the crisis, among them the health ministry, social affairs ministry, and cooperatives and small and medium enterprises ministry. Said the two, the President stressed that budget realization in the form of incentives for health personnel, community assistance, and loans to micro-business entrepreneurs was much too low.

Jokowi’s rage was aligned to data from the finance ministry related to the government’s capacity for budget absorption. Up to June 16, expenditures in the health sector still hovered around 1.54 percent of their Rp87.5 trillion budget allocation. In the same period, social safety net realization was only at 28.63 percent out of a Rp203.9 trillion budget allocation, while economic stimuli for small enterprises had only been realized at 0.06 percent out of a budget of Rp123.46 trillion.

THE Covid-19 Response and National Economic Recovery Committee has 12 members. They are responsible for recovering the economy while at the same time containing coronavirus contagion. The committee projects Indonesia’s recovery from the crisis will occur in 2022. 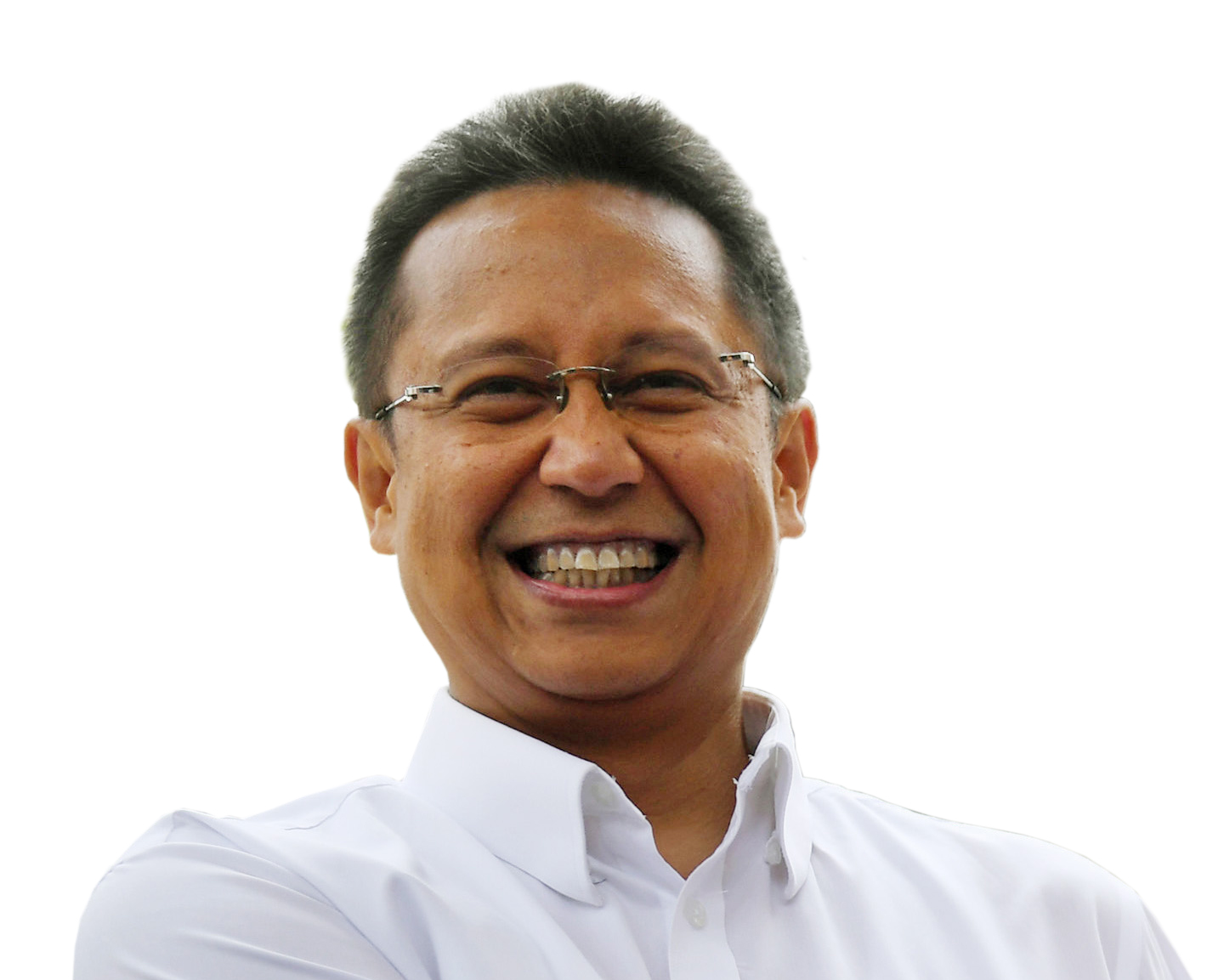 Government hopes vaccine to be distributed soon—in conjunction with several countries, including China and South Korea.

Observing his ministers’ poor performances in face of the pandemic, President Jokowi decided to establish a new committee to handle health and economic matters within one body. According to three government officials involved in the formation of the committee, Jokowi wanted a program to overcome the crisis related to Covid-19 to become effective immediately. The President, said one of the three, wanted the committee to be a tactical agency unhampered by bureaucracy.

Cabinet Secretary Pramono Anung said creating the committee referred to experiences of several other countries in dealing with the coronavirus pandemic. Countries with too much focus on handling the virus suffered economic decline. “In the President’s terminology, we need to step on the gas and the brakes at different times to overcome the pandemic and the economic problems together,” said Pramono.

Several high ranking officials interviewed by Tempo said the conceptual formation of the committee was deliberated at the coordinating ministry for the economy. Ministry Secretary Susiwijono Moegiarso admitted his institution suggested the committee’s format and work targets. In a discussion report of the ministry dated July 13, the government gauged recovery from the crisis resulting from the pandemic could only be possible by 2022. In the same document, the committee was divided in two, one to handle things related to health systems and another in economic recovery.

The Covid-19 response acceleration task force will join the committee. The team’s label will no longer be task force but as a unit. Covid-19 task force spokesman Wiku Adisasmito said, the name change and the task force joining into the committee was only in nomenclature. Its functions and responsibilities will remain the same, i.e. containing the spread of the Covid-19 contagion.

According to Wiku, President Jokowi indeed had for some time now wanted integration of entities handling the pandemic. In several forums Wiku attended, Jokowi had often stated that ministries and institutions need to start coordinating more intensively. One of the main issues was data update. “The President insisted the government needed credible data so it could navigate the crisis and create appropriate policies,” said Wiku, who is also a professor at the University of Indonesia.

Data related to the number of deaths from the coronavirus obtained by Tempo in early July showed a discrepancy between the health ministry and the United Against Covid (BLC) System. As an example, on July 3, the number of deaths recorded in the Hospitals Online system registered 13,885. That day, Achmad Yurianto, who was government Covid-19 spokesman, announced the death toll at 3,036.

Wiku guaranteed that one of the systems the Covid-19 Unit will use is be the BLC. He is of the opinion that the system contains several instruments for dealing with the coronavirus, among others the number of patients and stock logistics of things such as hazmat suits and reagents in provincial laboratories. “The system helps to measure the efficacy of the intervention and adherence to health protocols against the social-economic aspects,” he said.

Several parties are criticizing the establishment of the Covid-19 Response and National Economic Recovery Committee. Bhima Yudhistira, an economist with the Institute for Development of Economics and New Committed Finance said, the presence of a new entity proves the performance and coordination between ministries and institutions to date has been far from optimal. The Director of Research at the Center of Reform on Economics Piter Abdullah said the committe team structure is no different from the present cabinet. “There’s a risk it will not be effective, and instead will undermine the credibility of the government,” he said.