Signs of Peace in Rakhine


The Myanmar military and Arakan Army held a ceasefire in Rakhine. There is no guarantee that a further general election can be held in the Rohingya region. 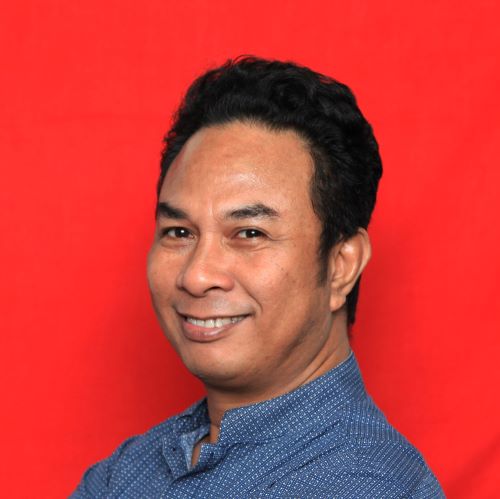 A FRESH wind is blowing into the Rakhine State, where the fate of its regional government is in limbo because it was unable to hold a legislative general election on November 8. The Myanmar military, or Tatmadaw, has come to an agreement with the rebel militia, the Arakan Army, to hold a ceasefire until general elections are held before the end of December.

“We want this general election,” said U Khaing Myo Aung, a Rakhine resident in the Myaebone refugee camp, to Burma News International, Thursday, December 10. “Refugees and a lot of people will face difficulties if there are no candidates who can raise their concerns and hear their voices.”

The General Elections Commission has suspended elections in nine of the 17 regency-level districts in Rakhine on the grounds that it was “not ready to hold free and fair elections for security reasons.” This resulted in an estimated 1.2 million Myanmar citizens unable to exercise their political rights.

A number of parties have accused the Commission’s decision to be biased because it has also included safe areas on the list of suspended regions. The areas that were once frontlines between the Tatmadaw and the Arakan are Ponnagyun, Yathaedaung, Buthedaung, Kyauktaw, Minbya, Myaebon, and Mrauku. However, the Commission also included areas Pauktaw and Maungdaw that have never seen battle.

In November’s election, Aung San Suu Kyi’s National League for Democracy won big by winning 255 out of 440 seats in the House of Representatives. The military controls the second most seats due to its share of 110 seats. In the Regional Representatives Council, the League also won with 135 out of 224 seats, well above the military’s 56-seat share. This victory solidified Suu Kyi’s position as leader of the country.

The fierce fighting between the Tatmadaw and Arakan occurred after the military invasion of Rakhine which resulted in 750,000 Muslim Rohingya being forced to flee to Bangladesh and other countries in 2016. The results of the United Nations Commission’s investigation in 2019 concluded that the war crimes committed by the Myanmar military amounted to genocide. The Tatmadaw denied the accusations of genocide and argued that the operation in Rakhine was aimed at fighting the Arakan rebels. Last March, the government under Aung San Suu Kyi declared Arakan a terrorist organization.

Armed contact between the Tatmadaw and Arakan dropped dramatically ahead of the general election. Major Gen. Zaw Min Tun, a senior Tatmadaw spokesman, said representatives of the two sides held talks after the military formed a peace negotiation commission on November 9.

“Since the talks began, Rakhine has been calm and there have been no reports of armed clashes,” the Tatmadaw True News leader said, as quoted by the Myanmar Times on 27 November. “If the two sides stop fighting, negotiations will be able to achieve good results.” He did not elaborate on what the military discussed in the negotiations with Arakan.

Khaing Thu Ka, spokesman for the Arakan militia, said the Arakan leader had ordered the rebels to avoid clashes with the Tatmadaw during the negotiations. “We want to build trust with the Tatmadaw,” he said. He also said the senior Tatmadaw and Arakan leaders had met online at the end of November. They discussed three agendas, namely the elections, supply of food and medicine to Rakhine, and efforts to build trust between the two parties.

“There is no armed conflict and no sound of heavy weapons. People have been walking around like normal,” said U Oo Htun Hla, a resident of Kyauktaw, to Frontier Myanmar. U Oo Htun Hla, who is also the leader of the Arakan League for Democracy political party plans to run in legislative elections for the Kyauktaw area.

The postponement of elections in Rakhine left 36 seats in the legislature in Rakhine vacant. In the 2015 general election, the National League for Democracy lost badly in that state. Nearly all seats are held by the Arakan National Party, an anti-Rohingya party of Arakan ethnicity. The United Solidarity and Development Party won only three seats.

At the end of last November, Yohei Sasakawa and Japanese Ambassador to Myanmar Ichiro Maruyama visited Kyauktaw and Buthidaung. They met with residents and monitored the situation, then they met with leaders of the Arakan National Party in Sittwe to discuss possible elections. At a press conference in Sittwe, Sasakawa declared that the election in Rakhine is possible if “the two sides hold a truce.”

“I want the government to hold elections if possible and I hope that happens,” said Oo Htun Hla. “In a time when people become refugees of war and are arrested by both sides and sometimes killed, it is important for them to have representatives in parliament who can speak on their behalf in these unfavorable circumstances.”

The Rakhine State Election Commission said they were ready to hold elections if the central Commission ordered so. “We are all ready. The voter lists, polling stations and polling committee are ready,” said U Thurein Htut, secretary of the regional commission in Rakhine.

The National League for Democracy, which won big in the November 8 general election, is still unsure about the plans for this by-election. Myo Nyunt, a spokesman for the party, said the League wanted every voter to be able to exercise their voting rights, including those who lost their voting rights. However, he underlined that the general elections had already been held and that the by-election should be held in accordance with the law.

According to the results of the amendments to the Law on Legislative Elections in 2019, the by-election cannot be held in the first and fifth years of a period. At the latest, Myanmar’s parliament will convene at the end of January 2021, therefore the by-election will have to wait until early 2022.

However, several members of the Rakhine parliament weighed in that the elections in nine regions at the end of December could not be considered as by-elections, even though they acknowledged that the Tatmadaw and Arakan use the term ‘by-election’ in their statements.

“It is not a by-election. It may be a follow-up election,” said U Pe Than, a member of the national parliament from the Arakan National Party and a member of the party’s policy committee who plans to run again in this election.

Pe Than pointed to an article in the law that states that the Elections Commission must hold elections on the same day “as long as it is possible.” This suggests that there is some leeway if concurrent elections are not possible across the country. According to Pe Than, these follow-up elections were held by the government under the Anti-Fascist People’s Freedom League in the early 1950s because of armed conflict.

Myo Nyunt also touched on the security of the election. “The Arakan and Tatmadawi ceasefire is good for the people, but they cannot guarantee that the general elections will be free and fair,” he said.

The conflict in Rakhine has long plagued the local government, and many regional heads have resigned for fear of Arakan or the Tatmadaw. This impacted the Commission’s work in the regions, which relied heavily on the general administration department, particularly at the village and sub-district levels. In addition, about 220,000 people have been left homeless because of the war. The chances of them being able to vote are increasingly difficult in the midst of a bureaucracy that lacks human resources.

Min Zaw Oo, executive director of the Myanmar Institute for Peace and Security, stated that a ceasefire was insufficient to guarantee a safe general election because the area had to be free from lingering threats to voters. “I found, in some cases, elections could not be held because of threats, even in areas where there was no fighting,” he told Frontier Myanmar.

Zaw Oo presented his agency’s data showing that more than 300 armed clashes occurred in Rakhine this year until last October. Most of the clashes took place in Rathedaung and Kyauktaw, with 80 and 67 cases respectively.

The National League for Democracy has indicated that further elections are unlikely to be held if three of its candidates are still being held captive by the Arakan Army. Daw Ni Ni May Myint, Daw Chit Chit Chaw, and U Min Aung were arrested by Arakan in mid-October while campaigning in Taungup, southern Rakhine.

The league asked them to be released in mid-November. The Arakan stated that the politicians had been well taken care of but would not be released until mutual understanding was reached between the two parties until the negotiations were over. Arakan indicated they wanted the three politicians in exchange for their members being detained by the government, but the government refused. According to Min Zaw Oo, the fate of the three candidates will have an impact on the decision regarding the follow-up election.

Min Zaw Oo warned that the failure of negotiations to hold a follow-up election at the end of December could lead to a resurgence of hostilities in Rakhine. “The Tatmadaw has dispatched soldiers and poured weapons into Rakhine,” he said. “It seems there are plans to continue the war if negotiations fail.”