A CIVIL society coalition focused on national security reforms has criticized the plan of the newly selected National Police Chief Comr. Gen. Listyo Sigit Prabowo to reactivate the pam swarkara or civilian security force. Asfinawati, Chairperson of the Indonesian Legal Aid Society Foundation, is concerned that hard-line groups could potentially join the ranks of the pam swakarsa. “The pam swakarsa can be used to strike back at social movements which criticize (the government),” said Asfinawati on Thursday, January 21.

In a fit-and-proper test conducted by the Legal Affairs Commission of the House of Representatives (DPR) on Wednesday, January 20, Sigit confirmed that he would revive the pam swakarsa. He claimed that this plan was aimed at helping maintain national security and public order. According to Sigit, the civilian security force would be integrated through the National Police’s information technology and facilities development. “The pam swakarsa can link up with police officers,” he said.

Regulations on the formation of a pam swakarsa were found in National Police Chief Regulation No. 4/2020. Pam swakarsa personnel can consist of security guards; local wisdom groups, such as the traditional pecalang security guards in Bali; groups raising awareness about security and public order; and students from police-related schools and universities. Additionally, retired police and military personnel can join the force’s commanding ranks. In 1998, the pam swakarsa, whose members came from public organizations, was used to pressure student demonstrators and secure the Special Plenary Session of the People’s Consultative Assembly (MPR).

Danu Pratama, a researcher for the Commission for Missing Persons and Victims of Violence, said that the police do not have clear regulations in place establishing what qualifications organizations must have in order to qualify to join the civilian security force. The mechanism for its supervision and accountability is also unclear. Danu believes that the National Police have too much discretion at their disposal in adding people from public organizations and associations to the pam swakarsa.

MAKING its initial appearance in 1998, the pam swakarsa paramilitary force has recently reemerged. The newly chosen National Police chief claimed that this time the organization will be different.

Formed by the Indonesian Military (TNI), the pam swakarsa is used to secure the Special Plenary Session of the People’s Consultative Assembly. They also work with security forces to hold back university student protestors, which culminated in the tragic Semanggi I incident.

The existence of the pam swakarsa is regulated in Article 3 of Law No. 2/2002 regarding the Indonesian Police, which says that police duties can be assisted by government bodies authorized to conduct police functions related to public security and order, criminal investigators from the civil service, and civilian security forces (pam swakarsa).

The pam awakarsa is added to the Job Creation Bill. Article 82 states that the National Police have the authority to appoint, education, and train the pam swakarsa.

The DPR’s Legal Affairs Commission criticizes the National Police chief’s regulation in a working meeting at the Parliament building. Some DPR members consider the pam swakarsa to be picking at old wounds, namely the clashes between public organizations and university students which took place during the reformasi movement in 1998. 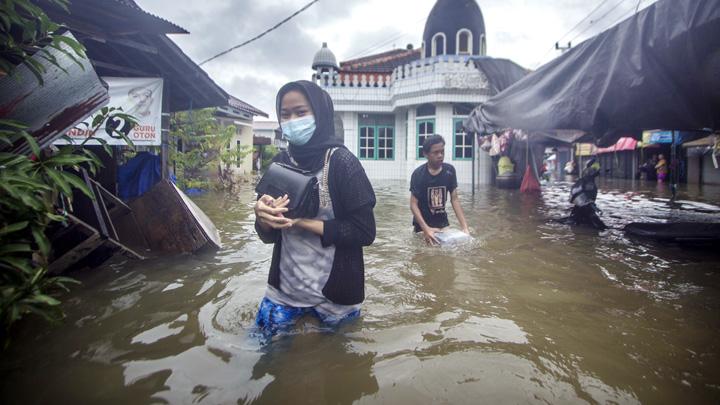 KISWORO Dwi Cahyono, Director of the Indonesian Forum for the Environment (Walhi) of South Kalimantan, criticized President Joko Widodo for saying the flooding in the province was caused by rainfall. “If you are only going to blame it on the rain, then there’s really no reason to come here,” Kisworo said to Tempo on Monday, January 18.

Kisworo considers that Jokowi’s visit to the flooded area should be used to meet with the owners of the mining companies, plantations, and commercial forest industry who have damaged the forests. Rather than reprimand them, Jokowi said that the flooding was caused by 10 days of rainfall. 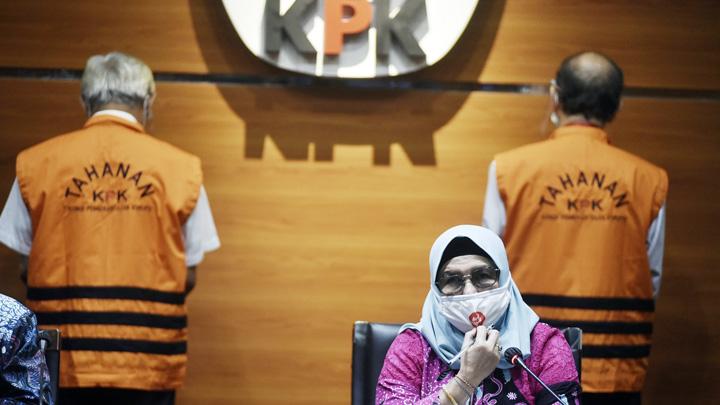 THE Corruption Eradication Commission (KPK) has named two suspects in the corruption case involving the procurement of high-resolution satellite images at the Information and Geospatial Agency (BIG) and the National Institute of Aeronautics and Space (Lapan) for the 2015 budget year. The suspects are former BIG Chief Priyadi Kardono and former Lapan Aerospace Technology Utilization Center Head Muchamad Muchlis. “The KPK has raised this case to the criminal investigation level,” said KPK Deputy Chairman Lili Pintauli Siregar on Wednesday, January 20.

The KPK suspects the procurement process was rigged in violation of regulations. According to Lili, the two suspects met several times with the companies which were awarded the projects, namely Ametis Indogeo Prakarsa and BP, while the auction process was still underway.

When the project began, the two suspects ordered staff members to not fill out the administration and quality control documents on each payment. “We suspect there were Rp179.1 billion in state losses,” she said.