Fishermen are concerned about the impact of the dredging activities in the Poso River basin in Central Sulawesi. Dams and traps block the life cycle of eels.

FERDILIUS Toumbo, who is familiarly called Papa Devi, is a to ponyilo. In the Pamona language—one of the largest tribes in Poso Regency—this term means people who fish for masapi or eels. The 42-year-old man and his wife and three children live in a simple house on the edge of Lake Poso in Pamona village, Poso Regency, Central Sulawesi. Ferdilius’ workplace is at the mouth of the lake right behind his house.

Every morning, from 6:30am to 10:30am, Ferdilius follows a large rocky area that stretches along the mouth of the lake to the south. Ferdilius’ weapon of choice is a one-meter long wooden harpoon. He also often brings a flashlight and swimming goggles with him.

Flashlights are needed to find eels lurking under rock cavities, while the goggles are needed when the visibility in the lake is cloudy. Ferdilius can dive up to 10 meters deep to launch his harpoon. In the afternoon, he prepares monyilo tools—to look for masapi using a spear called sarompo.

Based on data from the fisheries and marine affairs office of Poso Regency, Ferdilius is one of about 30 to eel fishermen. These masapi seekers are now worried about the dredging activities at the river conducted by Poso Energy because it has been displacing their prey. The company has two hydro power plants (PLTA) between Lake Poso and Tomini Bay, which is part of the eel migration route. As of Friday, April 1, Poso Energy’s Environmental and Corporate Social Responsibility Manager Irma Suriani did not respond to WhatsApp messages or Tempo’s phone calls, seeking confirmation regarding the river dredging. 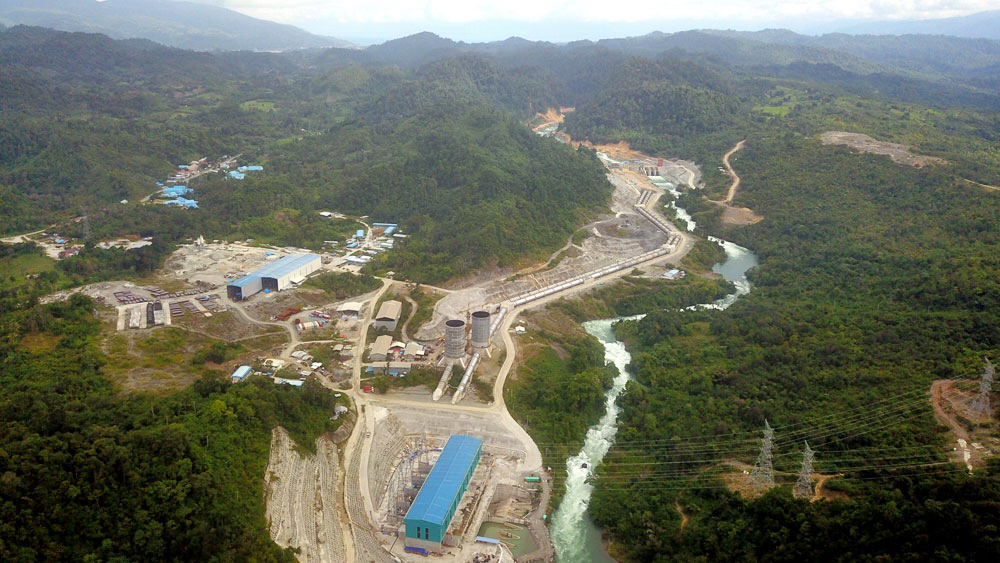 Previously, the PLTA manager explained to the Deputy Governor of Central Sulawesi Rusli Palabbi during a visit on March 28, that the dredging was aimed at increasing the water flow for the operation of the two power plants. For the fishermen, there are methods other than harpoons and monyilo to catch masapi, namely using waya masapi, or the eel fence. This technique uses fishing gear in the form of a fence made of bamboo and wood which is installed in the middle of the river. Inside the fence, there is an ascending floor made of woven bamboo and it narrows to the end of the fence, leading to a bubu where the fish gets trapped.

One waya masapi is owned by five to nine families. Each family takes turns to guard and harvest the trapped eels. Currently, there are only four waya masapis that remain from the previous 50. Some of them are just abandoned in the river. Others were dismantled after their owners received compensation from Poso Energy for dredging the Poso River.

The fishermen can trap a variety of fish, apart from eel, the fences also trap carp and tilapia. Ferdilius said that in a day he could get at least 5 kilograms of fish and earn Rp425,000. But sometimes the results are minimal. “When the moon is full, that’s usually only enough to cover fuel costs,” he said. It takes at least 10 liters of fuel per fisherman. Within a month, the to ponyilos descend onto the lake for 15 days when there is no moon.

Fredi Kalengke, 43 years old, who uses waya or eel fences, said that overnight, the group’s results averaged 5 kilograms. They sell it to traders for Rp90,000 per kilogram so that on average they can get Rp450,000. Their monthly income is around Rp13.5 million.

Yusuf Manarang, another masapi fisherman, said that dredging the bottom of the lake from August to December 2020 deepened the estuary and made it difficult for fishermen to spear fish. Damage to the bottom of the estuary, he said, made the fish stay away from that location. This makes his catch less eel. To increase their catch, they have to fish in the lake.

Prior to the river dredging, during the peak season, Ferdilius said that he could get three masapi weighing 5 kilograms per fishing trip. Once he got an eel weighing 13 kilograms. “Now we need to make two trips to catch one, namely at night and dawn. We can only physically endure so much,” he lamented.

Triyanto, a researcher at the Indonesian Institute of Sciences (LIPI) Limnology Research Center, said that there is no specific data collection for eels in Lake Poso. Research by the marine affairs ministry in the 1980s noted that the production of eel there reached 41.5 tons, but in 2010 to 2011 it fell to 25 tons. Triyanto said that the production data only came from the Tentena area. “The number recorded could be smaller because some were not reported,” he said.

Fadly Y. Tantu, a researcher from the Department of Aquaculture, Faculty of Animal Husbandry and Fisheries, University of Tadulako, Palu, said that in the last few years, the issue of decreasing eel population has been widely discussed. “It could be that the decline is due to global climate change or changes in landscapes due to dams,” he said, Wednesday, March 31. “In the Poso River there are two weirs and that is considered a barrier.” 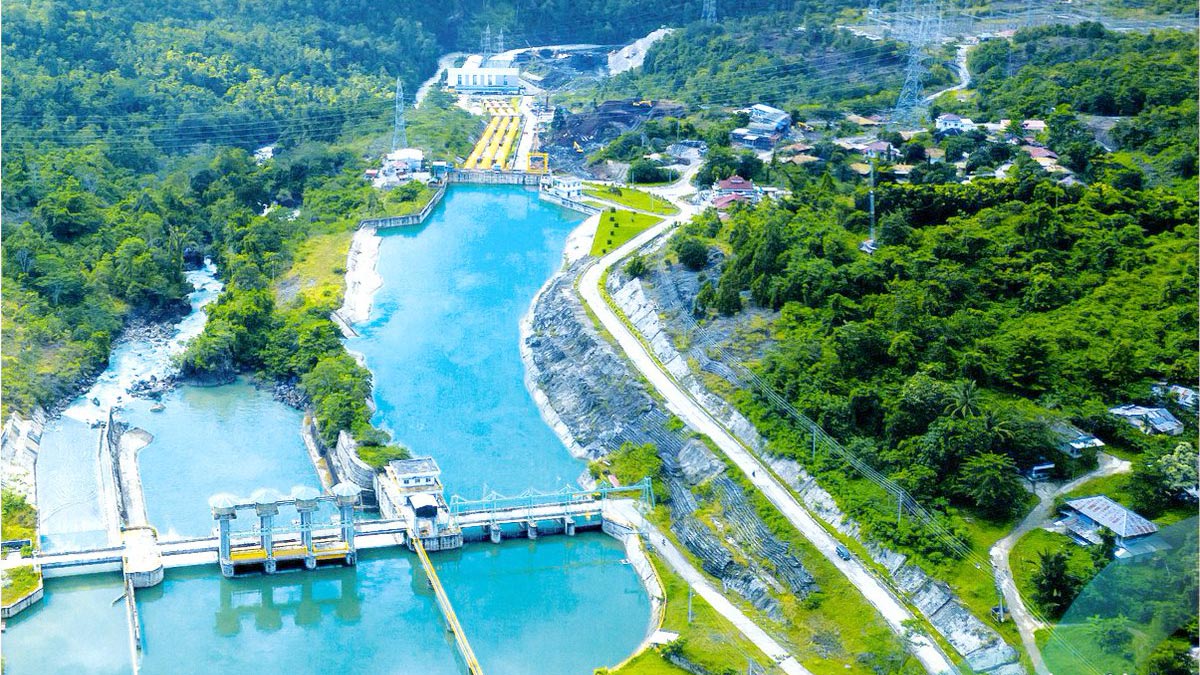 What Fadly means as a barrier in this regard is related to the unique life cycle of eels. Adult eels, Fadly explained, will migrate from Lake Poso to Tomini Bay to spawn or lay eggs there. “Eel saplings that have survived being caught in the estuary will then return to fresh water to grow big,” said Fadly.

According to Fadly, before the dam was built, scientists were already worried about the use of waya masapi because the device caught the eels that were about to descend into the sea. “So, logically, this dam will hamper the migration of eels to the lake. On the other hand, fish that want to go down to the sea are hampered because some of them are caught by maya masapi,” he said.

Andi Achmadi, Poso Energy’s Corporate Social Responsibility Coordinator, said that the company has made various efforts to maintain the fish population, which is the icon of Poso Regency. For example, building a fish way or a fish path near a dam to help eels rise from the bay to the lake. Andi said that his company showed the fish way at the Poso I PLTA dam to LIPI researchers, last mid-March.

According to Andi, there was a young eel seen in the fish way, which means that the fish had passed the Poso II hydropower dam underneath it. “Because this is a nocturnal animal, we can only see seven of them during the day. There would be more at night,” he told Tempo on April 1. He added that the findings prove that eels can pass the fish way.

Head of the Poso Regency Fisheries and Marine Affairs Office, Yusak Mentara, said that when the group of deputy governors of Central Sulawesi visited the Poso II and Poso I PLTAs, they considered the fish way to meet the requirements. “From the CCTV footage at Poso Energy, this animal climbed through the fish way at midnight”" he said on March 31.

Another effort to maintain the eel population in Lake Poso is restocking, which is to spread young eels in the lake and adult eels in the bay. According to Yusak, the Poso Regency administration is working with Poso Energy to spread young and adult eels. Last January, there was a restocking of 20 eels with a total weight of 200 kilograms at the dock in the Poso Fish Auction Place.