THE Sexual Violence Eradication Bill returned to the national legislation limelight on 23 March. This is the fruit of the labor of women’s rights activists who have been tireless in realizing legislation to protect women from sexual violence. But the struggle is far from over. Since it was first proposed by the National Commission on Violence against Women in 2012, the draft regulation has been in limbo. After entering the national legislation program in 2016, the bill remained unpassed. Women’s rights activists have gone through a winding road to convince the House of Representatives and the government so that the draft regulation can be immediately discussed and passed.

LUSI Peilouw was frustrated when she heard the news that the Sexual Violence Eradication Bill had again bounced off the priority national legislation program (prolegnas) of the House of Representatives (DPR) in July 2020. The Director of the INAATA Mutiara Maluku Foundation, which focuses on fulfilling the rights of women and children, could not fathom why the House would scrap the draft regulation due to the title and trouble defining sexual violence. "Victims of sexual violence have been waiting for regulations that would take their side," said Lusi, Tuesday, April 20.

Lusi and her fellow women activists from various regions discussed this issue. They agreed to intensify lobbying so that DPR members would better understand victims of sexual violence. The activists are tasked with approaching DPR members who come from the same area. "Incidentally there are members of the DPR Legislation Body from Maluku," she said.

She arranged a strategy to approach members of the Legislation Body from the Gerindra Party faction Hendrik Lewerissa, last August. Together with four young women, Lusi visited Hendrik's house in Ambon. The women are victims of human trafficking. They were initially promised jobs, but instead sent to karaoke clubs to escort men visitors. Lusi also explained that the number of cases of sexual violence continues to increase in Maluku. 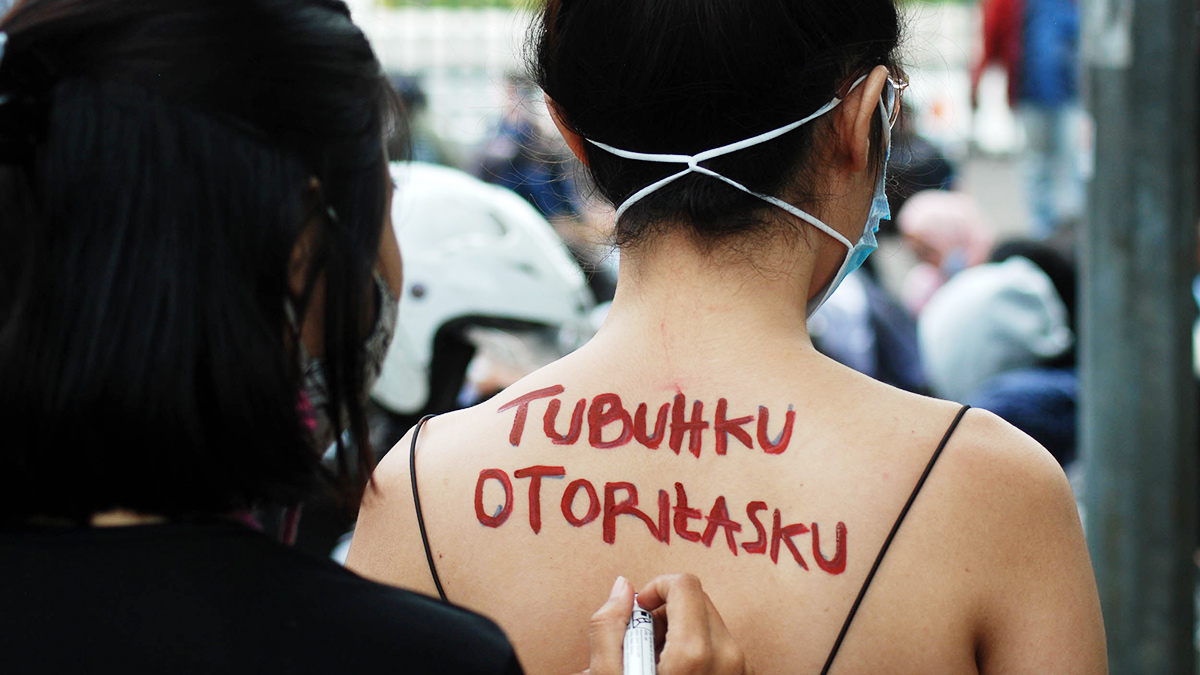 An activist writes “My Body, My Authority” on the back of a friend during a commemoration of World’s Women Day in Bandung, West Java, March 8. In addition to raising the issue of women’s rights, activists also voice their protest against land grabbing and labor issues. Tempo/Prima Mulia

Hendrik, who has only seen sexual violence as a statistic, was saddened to hear these stories directly from highschool age teenagers. Only then he realized that such incidents would destroy a woman’s future. Hendrik was determined to oversee the draft law and encourage other factions to accelerate the discussion. "I facilitated Komnas Perempuan (National Commission on Violence against Women) to meet with the Legislation Body, last January," she said.

Lusi is not alone however. In Jakarta, Nur Rofiah fills her spare time by holding discussions titled Ngaji Keadilan Gender Islam (KGI) or Discussions on Gender Equality in Islam which she promotes through social media. Everyone is welcome to take part in the discussions, from students, lecturers, employees, activists, housewives, to husbands. This graduate lecturer at the Institute for Higher Education of Al-Quran Sciences (PTIQ), South Jakarta, usually opens her discussions with a pop quiz.

Rofiah told of an entrepreneur who was doing business out of town. The businessperson stayed at a hotel and stayed in the same room with their friend's wife. Rofiah's question: what is the relationship between the two people? Some of the participants answered that they were having an affair. "I have not mentioned the gender of the entrepreneur, you know. She's a woman, "said Rofiah. "Why do you assume that entrepreneurs are men?" 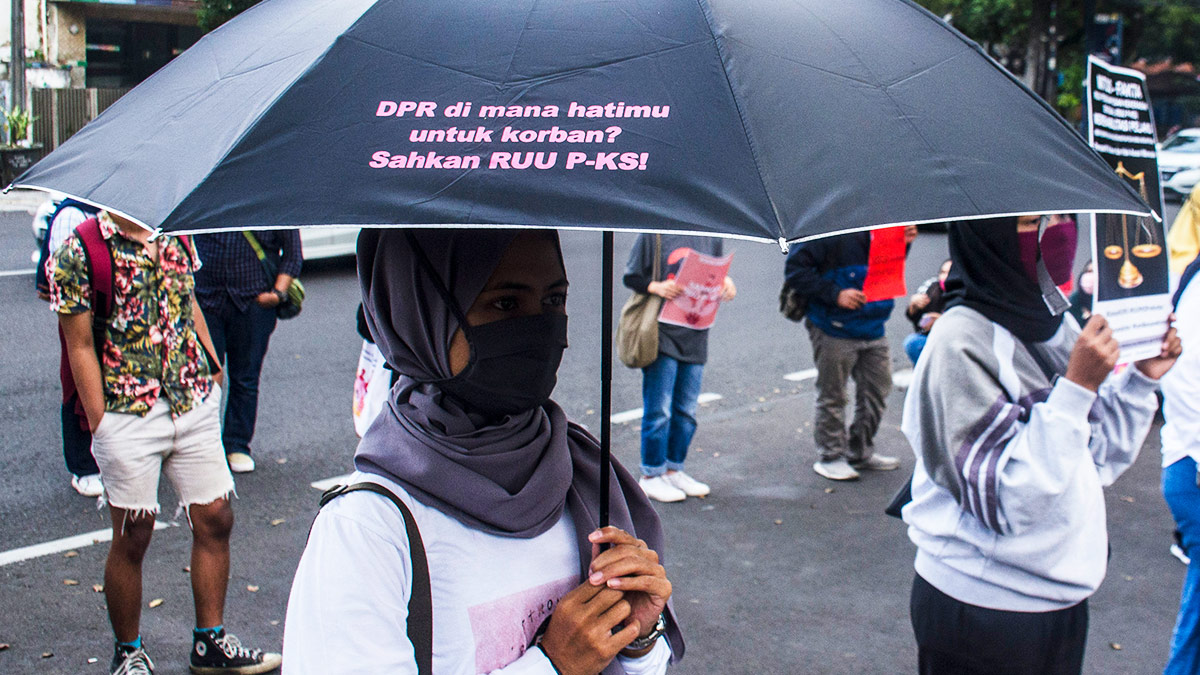 Hearing Rofiah's words, the participants who thought they were having an affair looked down, slightly embarrassed. Rofiah then explained that the suspicion of cheating on the part of the study participants originated from the gender construction in society that views women as second class citizens. Therefore, "entrepreneurs" who are considered to have superior traits, such as being empowered and smart, are thought to be male figures. Staying together in a hotel room immediately conjured up assumptions of sexual relations. So, she said, indirectly, women were already being tried unilaterally in their minds.

She then explained how “difficult” it was to be a woman biologically and socially, including the discrimination they experience. Rofiah compared it with the teachings of the Prophet Muhammad, who wanted to treat women as humans. Apart from the discussions, Rofiah also brought her lessons to classrooms at PTIQ, where most of the students are male. "Many of my students are embarrassed because they still feel ignorant of the situation experienced by women,"she said.

Lusi and Rofiah approached different groups of people, bringing different stories. However, they have the same goal: preventing all forms of violence against women and improving the handling of cases of violence experienced by women. Lusi and Rofiah are only a small part of the women who tirelessly fight for these noble ideals.

However, as Hendrik says, we cannot look at it just as a statistic. These numbers must be understood in light of the suffering experienced by the victim. From there we will agree that no one deserves to be a victim of sexual violence.

Regulations to protect women from sexual violence were initiated through the Draft Law on the Elimination of Sexual Violence proposed by the National Commission on Violence against Women since 2012. They drafted the bill together with many legal experts and assistants who understood the field.

Women's rights activists are taking a winding road to convince the House of Representatives and the government so that the regulation is immediately discussed and passed. The House and the government finally agreed to discuss the bill in 2016. The Bill on the Sexual Violence Eradication for the first time entered the priority national legislation program (Prolegnas).

However, women's rights activists could not breathe a sigh of relief. The discussion of this draft regulation at the House of Representatives did not go anywhere, it even bounced off the priority prolegnas in mid-2020. Not all factions in the House agreed on this draft regulation. One of them is the Prosperous Justice Party (PKS). The head of the PKS faction in the House, Jazuli Juwaini, said there was a potential for conflict between the material of this draft regulation with Pancasila and religion. "The definition up to the scope of criminal acts of sexual violence has a liberal perspective," said Jazuli, February 7, 2019. 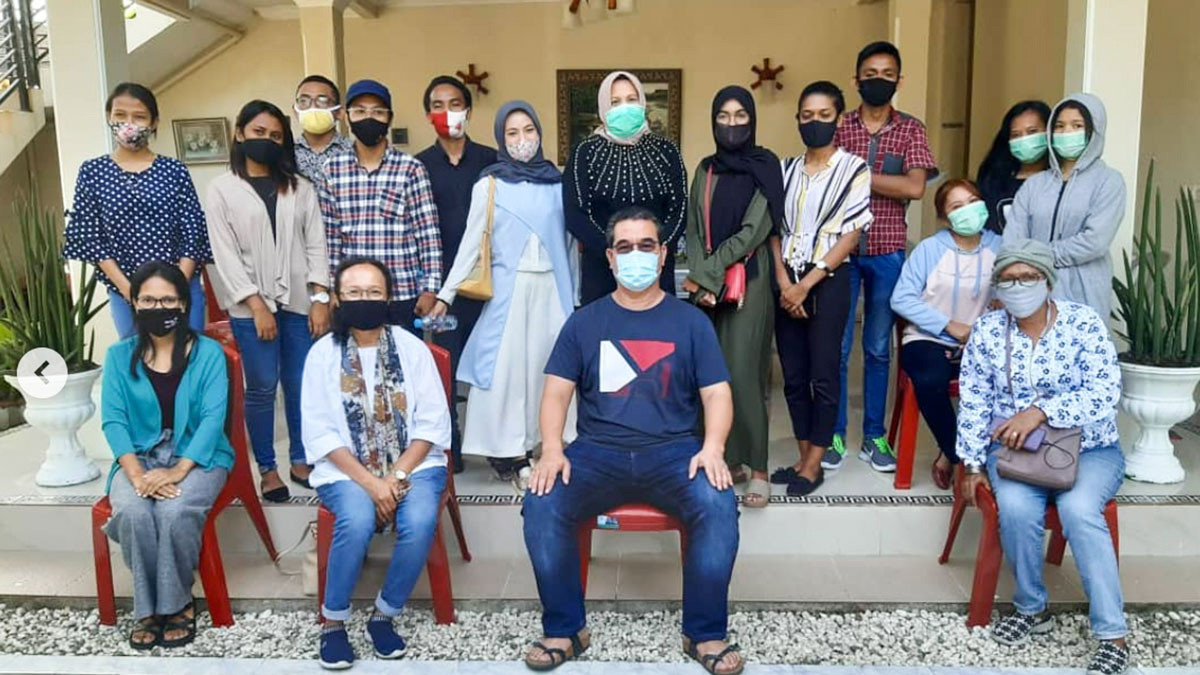 Women's rights activists in the regions are making similar efforts so that their legal system has rules that are more sympathetic to victims of sexual violence. In Palu, Central Sulawesi, for example, women pushed for the formation of regulations to prevent sexual violence that occur after a disaster. They learned from certain cases that sexual violence even occurred in the aftermath of the Palu earthquake in September 2018, in refugee tents.

The re-entry of the Sexual Violence Eradication Bill into the priority program on March 23 was the fruit of collective work. The struggle is still long, but their hard work deserves to be acknowledged. In commemoration of Kartini Day this year, we at Tempo chose them as the female figures of the year. Unlike previous years, this time we did not select individual figures. We decided to group them according to their respective roles, from drafting regulations, lobbying the House of Representatives, convincing the government, gathering support from the community, to advocating for the regulation in the regions.

For each of these roles, we interviewed several resource persons to explore their experiences in advocating. They were chosen not because they were most instrumental, but we consider their stories to represent the struggles of other women. The hope is, by presenting their stories, we can better appreciate their role and sacrifice.